Distraught mum-of-three Nikkole Ledda has burst into tears after she was forced to return to the workforce just 18 weeks after giving birth to her baby boy.

The American mum, who appeared in MTV’s reality series 16 and Pregnant in 2009, and her husband Kyle welcomed their son Bodhi in July this year.

But just four months into maternity leave, the 28-year-old revealed how devastated she was about heading back to work.

“I knew it was coming but it still hurts so much,” she said.

Maternity leave varies from state to state in America with an average mother receiving 12 weeks of unpaid leave – compared to Australia where expecting parents receive 18 weeks of paid leave and upwards of 40 weeks unpaid.

Mum-of-three Nikkole Ledda has burst into tears after she was forced to return to the workforce just 18 weeks after giving birth to her baby boy Credit: Nikkole Ledda The American mum and her husband Kyle welcomed their son Bodhi in July this year Credit: nikkolemtv/Instagram

In the emotional video, Nikkole can be seen crying as she rocks her four-month-old baby in her arms.

“Tomorrow I go back to work after 18 weeks off with my baby,” she explained.

“Everyone tells me I should be happy: ‘To have a life outside of being a mum’.”

Unable to face the camera, the devastated mum swayed back and forth holding her son tight as she was seen uncontrollably sobbing.

“But I’m not happy, I’m heartbroken,” she said.

“The system is broken”

“I’m going from nursing, cuddling, and loving on my sweet baby all day… to having a machine suck my milk out while I sit in a cold room.

“And only getting to be with my baby three hours a day. How is that supposed to make me happy?” 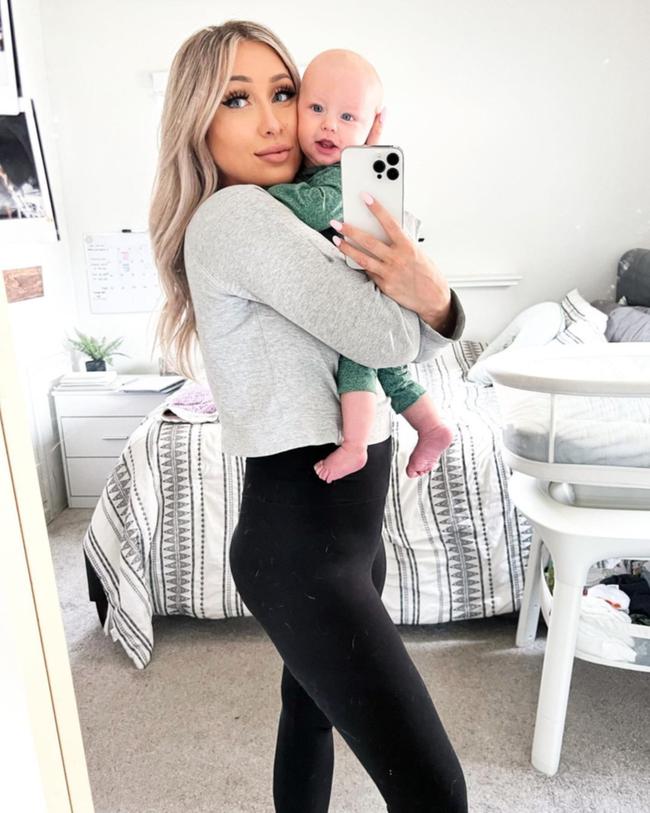 But just four months into maternity leave, the 28-year-old revealed how devastated she was about heading back to work (pictured with her newborn son Bodhi) Credit: Nikkole Ledda

The video has since been viewed more than 500,000 times and has received hundreds of comments.

“The system is broken,” one mum commented.

“Your body literally isn’t even healed yet when you have to go back to work,” another supported.

“It’s so hard and unfair that the US sends us right back to work at three months,” an American mum wrote.

But the video did not just receive support from fellow US citizens, the video went viral globally with mum’s from all around the world flooding to her page to show their support.

“That must be so hard. Here in Germany, we can stay at home with our baby for 12 months and get 65 per cent of the money we earned before,” a fan wrote.

“Wow… here in Sweden we get paid maternity leave for one to one-and-half years,” a mother explained.

While a British parent added: “In the UK most companies pay for your maternity leave for 52 weeks but the last 12 weeks are unpaid.”