We all know that having plants for your home is a great way for home aesthetics. But, when it comes to clean air, there aren’t too many people who know it better than NASA!

Do you know the air in your home is up to five times more polluted than the air outside?

According to the Department of Climate Change, Energy, the Environment and Water, Aussies spend approximately 90% of their time indoors. That’s a lot of time breathing in potentially harmful particles and chemicals.

But don’t worry, there are things you can do to improve the air quality in your home, including adding some plants! Plants can help filter out harmful toxins from the air, making your home healthier and more comfortable. Here are eighteen of the best air-filtering plants for your home.

In fact, NASA have been working hard to figure out how to clean the air inside their space stations, and it turns out there’s a natural way to do it.

We all know that plants are important oxygen producers, but did you also know that they play a role in keeping the air you breathe clean? When you spend most of your time indoors, as people tend to do, you have to ensure that the quality of the air you’re getting is pretty high.

Why It’s Important To Have Plants For Your Home?

Plants can help to remove chemicals from the air, many of which are introduced through products that we use.

We have a lot of modern luxuries in this day and age, but the more complicated our lives become, the more unexpected additions make their way into the mix.

Chemicals like trichloroethylene (found in printer inks, varnishes, paint remover and adhesives), formaldehyde (found in paper bags, paper towels, and tissues), benzene (found in plastics, resin dyes and detergent), xylene (found in leather and paints), and ammonia (found in cleaning agents) can all have a negative effect on your health if you are overexposed to them.

Now, plants can be very effective at filtering those toxins, and they’re definitely worth bringing into your home if you’re worried about it. However, make sure that if you have children or curious pets you do some research on the plants before you buy them, some can be poisonous if eaten.

So let’s have a look at the best indoor plants to clean your home’s air and the chemicals that they kick in the butt!

The scientific name of the Dwaft Date Palm is Phoenix Roebelenii, this plant is also known as the Pygmy Date Palm or Miniature Date Palm. It is effective in filtering xylene and formaldehyde. Also known as the sword fern or fishbone fern, Nephrolepis Exaltata, is a tropical fern commonly found all over the world. It effectively filters xylene and formaldehyde. Originally from Australia, the Nephrolepis Obliterata is a fern that is commonly grown in households all over the world. While not as well known as the Boston Fern, it is as effective at filtering formaldehyde and xylene.

The Chlorophytum Comosum, sometimes known as the ribbon plant or spider ivy, is a flowering perennial herb that has become particularly naturalised in Western Australia. It’s particularly effective in filtering formaldehyde but also reduces xylene levels. 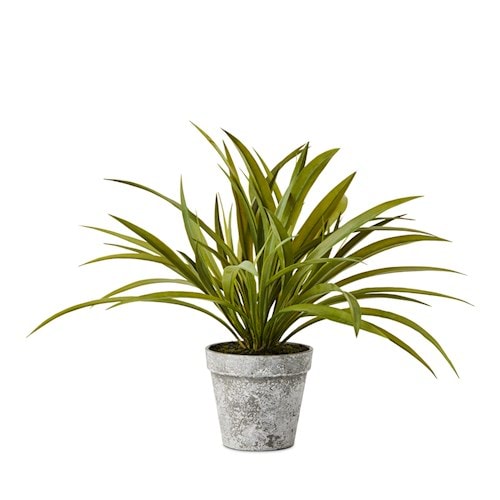 There are a number of different kinds of plants in the Chinese Evergreen family, but the one identified by the NASA researchers was Aglaonema Modestum. It does a great job of filtering both formaldehyde and benzene. The bamboo palm, in particular the Chamaedorea Seifrizii variety, is a great option for people who love the look of bamboo but struggle to grow them indoors. The plant is also great at filtering out formaldehyde and xylene. Also known as Benjamin’s Fig or the Ficus Tree, scientifically called Ficus Benjamina, this plant grows into a very large tree but can still be kept as an indoor plant while small. It effectively filters formaldehyde and xylene. Sometimes called Pathos, the Epipremnum Aereum is a lovely tropical plant that is widely grown indoors, where the vines can stretch more than one metre in length. As well as looking great, this plant filters formaldehyde, benzene and xylene.

The Flamingo Lily, or Anthurium Andraeanum, is known for its distinctive glossy flowers and is a very popular houseplant. For those already growing them, you’ll be happy to know that the plant effectively filters formaldehyde, xylene and ammonia from indoor environments. Commonly known as Creeping Lilyturf or even Monkey Grass, the Liriope Spicata is regularly used as ground cover, but can also be grown indoors. The plant is known to be effective at filtering trichloroethylene, xylene and benzene. Scientifically called Rhapis Excelsa, the Broadleaf Lady Palm is a plant that many will recognise from its prevalence in indoor growing environments like offices and shopping centres. The plant filters formaldehyde, xylene and ammonia. The Gerbera Jamesonii is a flowering plant native to South Africa that has become popular thanks to its colourful flowers. The plant can be grown indoors in groups, and effectively filters trichloroethylene, formaldehyde and xylene. A flowering plant species that is also known as the Dracaena Fragrans, this plant can grow to be very tall but remains a common indoor plant. This might be because it’s an effective filterer of trichloroethylene, formaldehyde and benzene. You might find it called Common Ivy or European Ivy but the Hedera Helix plant is found in many houses due to its nice look and its hardy nature. It also effectively filters trichloroethylene, formaldehyde, benzene and xylene. The Snake Plant, sometimes known as Mother-In-Law’s Tongue or by the scientific Sansevieria Trifasciata ‘Laurentii’ is much loved as an indoor plant due to its reputation as being difficult to kill. As well as being hardy it does a great job at filtering trichloroethylene, xylene, formaldehyde and benzene. The red edges of the Dracaena Marginata make it a popular choice for people looking to bring a pop of colour into their homes. Along with its stunning look it effectively filters trichloroethylene, formaldehyde, benzene and xylene. There are a number of different varieties of Peace Lily, a hardy indoor plant that actually isn’t a part of the lily family at all. In particular the Spathiphyllum ‘Mauna Loa’ is a great choice, doing double duty as a filterer of trichloroethylene, ammonia, benzene, xylene and formaldehyde. The Chrysanthemum Morifolium is known for its enormous flowers and dark-green foliage, making it a clear choice and indeed a talking point as an indoor plant. But you can also brag about its cleaning ability, with the plant able to filter trichloroethylene, ammonia, xylene, benzene and formaldehyde from the air. Looking for a way to improve your indoor air quality? Check out these 18 best air-filtering plants for your home! Plants not only add beauty and life to any space, but they can also help filter out toxins and pollutants. So if you’re looking for a way to “green up” your home, consider adding one or more of these plants to your décor.

So, are you heading out to get some of these indoor plants?