To tell you childbirth is a unique experience would be underselling it.

Heard of that saying ‘Lady to Ghetto in 0.5 seconds’? Couldn’t ring more true.

Being in labour can morph a woman into some crazed person you feel like you don’t even know, spouting Satan’s songs and shitting on the bed sheets.

Here are some of the funniest things ever said during labour!

1. Not the Salad Tongs

“When my brother was born, they had to use forceps to get him out. My mum saw them during labour and screamed..THOSE ARE SALAD TONGS! YOU ARE NOT PUTTING ANY GOD DAMN KITCHENWARE IN THERE!”

One mother during labour tried setting up her baby’s daddy with one of the doctors who assisted in the delivery.  “So while this woman is pushing out her baby she begins to half tell/half scream that my room-mate should date her ex/the baby’s daddy. The conversation went something like this:

Dad: I wouldn’t mind some drinks sometime, what are you doing this evening?”

“Out of all my births the one funny thing I remember is when I needed to be examined. I’m there, legs wide open and in walks a 6ft plus, black man with hands like shovels. I stared at his hands for a good 5 mins during labour until he said “Is there a problem?” to which I proceeded to tell him “I need an internal not splitting in half and he wasn’t getting near me with them shovels.”

4. Going Over to the Dark Side

“My husband told me when I was breathing the laughing gas I screamed “I’m lady Darth Vader!” as I was pushing during labour. Then I asked the doctor if he felt my tonsils when he has his arm up there.”

My mum said during labour, “What did I have?” and the nurse said, “You haven’t had anything yet, dear.” She was high on gas, my mum…”

“During labour, I asked for my cat and when the midwife came in she looked like Rihanna. I was informed afterwards that I said “OMG Rihanna you so need to dump Chris brown.’”

“My last labour was my VBAC and 4th birth with the previous 3 being sections. I was overcome with emotion and felt great that I had done it and I said very loudly ‘Omg I’ve done it! I’ve pushed a baby out of my vagina!’

And unfortunately, I think I repeated myself about 4 times. Cringe!”

“I don’t mind you being here but I don’t know who that man is over there.”

Apparently, I said this to the midwife during labour and was looking at my Other Half!! Needless to say he was not amused. I don’t recall saying it though!’”

“I kept asking my husband to remember to buy the “Special sauces” – goodness knows what that was about and I told the anaesthetist that I loved him.”

“Also, I said whilst being stitched up ( once again, I blame the gas and air)… “Please don’t make me a virgin again, it wasn’t a pleasant experience last time”

To which the doctor replied during labour, well, I’ve never heard that one before!!!” 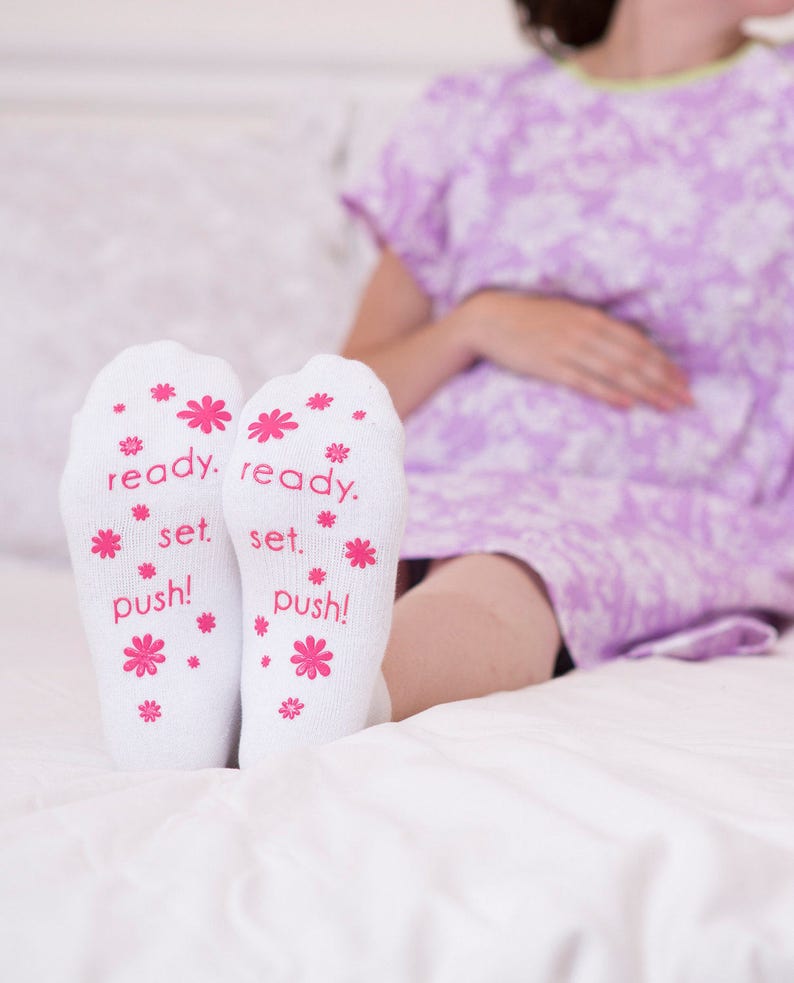 Ready, Set, Push! Socks from Baby Be Mine Maternity

“Towards the end of labour, a new midwife came on shift. She came really close to me and all I could smell was cheese and onion crisps I don’t know why I said this but I said at the top of my voice “your breath stinks” and then threw up.”

With my second daughter, she was back to back and fast! Luckily, I was already in hospital waiting to be induced the following morning.

I started crying to the midwife during labour that my other half was going to miss it then when pushing I kept screaming LOUDLY that “My vagina is going to explode!!!” As well as yelling at the midwife to wipe my bum as I was terrified I would get poop on the baby’s head.

I didn’t mean my ‘bits’ I meant my insides as he had that bloody, meaty smell.”

Once I’d delivered my little boy, I turned to my other half and told him we were immediately booking him in for a vasectomy. When I had to deliver my placenta, I asked if she’d taken my kidney out.

“My second was a natural birth, no gas & air nothing! I kept saying:

“I’m so sorry I know I sound like a cow”

I must have said it a million times, the worst part is I actually remember saying it and sounding like it.” 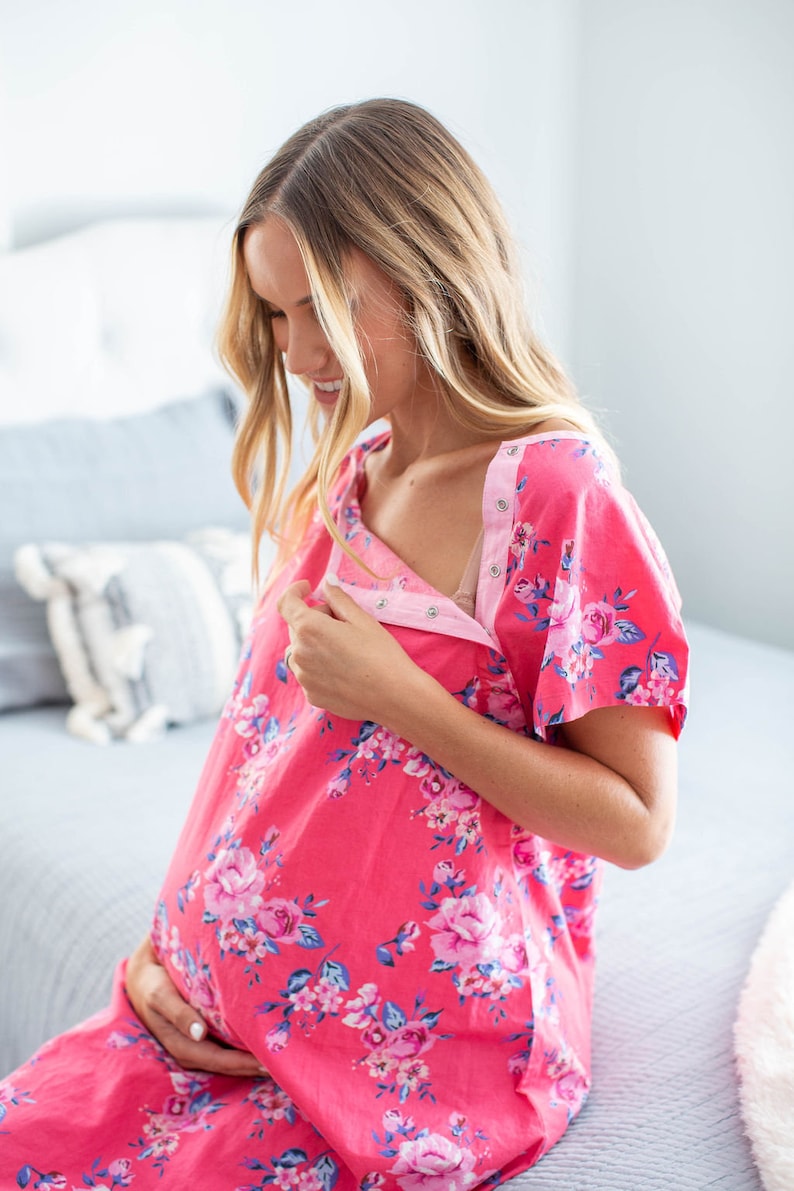 Maternity Labor Delivery Hospital Gown from Baby Be Mine Maternity

Something to keep in mind before falling pregnant, once you are pregnant there is no way going around giving birth; “Patient fully dilated, started pushing, then changed her mind. “I don’t wanna do this, I’m going the f**k home.”

And then tried to get off the table.”

17. Get Me Different Flavoured Ice Chips

“My wife told me, in a satanic voice, to “Get better ice chips, these suck!”.

I am not sure what the quality issue was during labour, but I ran and got her a different cup full.”

“I was high on medication at the time, I was begging for BBQ ribs in between contractions.

They were standing right there.”

I was just born and the nurse put me on my mother’s chest. Mum looks at me and asks the nurse to take me away again with the words

Funniest part: My mom was friends with a nurse at that hospital and years later she was told the funny story of how a mother didn’t want to look at her newborn because it looked like her mother in law. 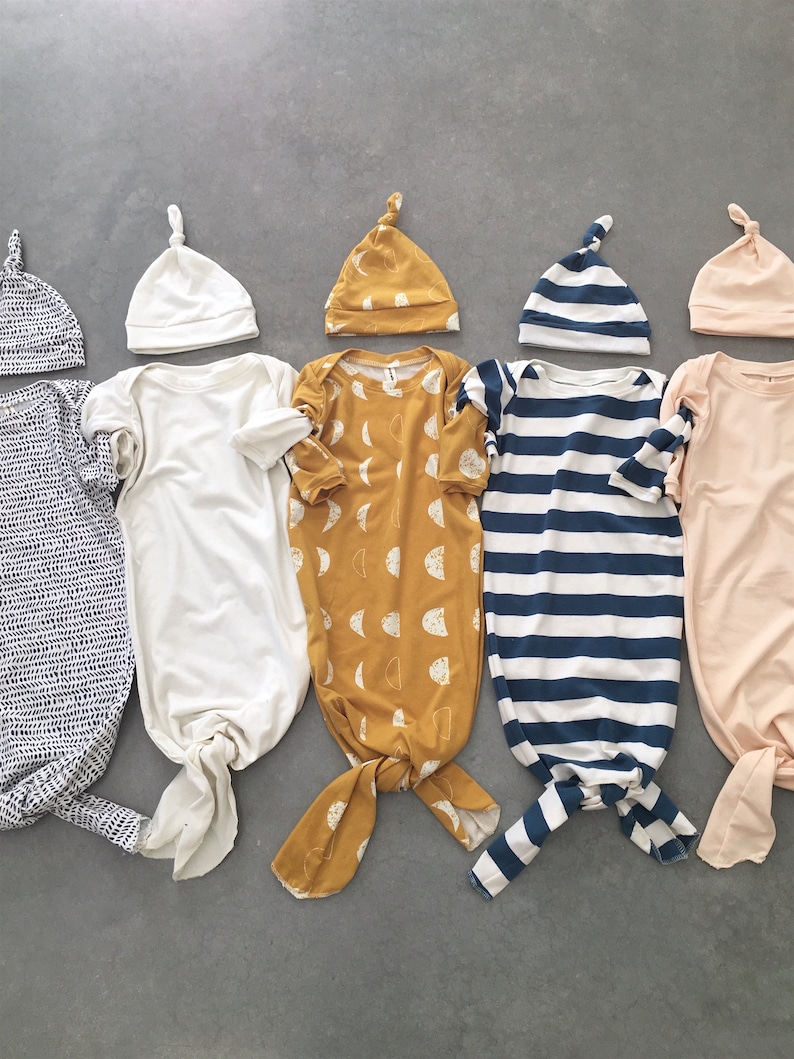 “I was high on gas and air and could hear my baby crying shortly after he was born (I was in the process of being stitched up) and I told him to hang in and we’d go for a walk in a minute as I was just looking for his collar and lead. Apparently, I thought he was the dog and needed walking.”

“My Mum was trying to get me on the birthing ball and I said ‘What if my lips stick to it?’.

Her response during labour was, ‘No darling you sit on it not put your face on it.’ …Oh dear she didn’t realise I meant the down their lips.”

“While being examined, I yelled I was a person not a cow and that the whole arm didn’t need to go up. I asked my midwife to sing Soft Kitty to me (Big Bang Theory fans will know what I mean) and she did.”

“Once my son shot out I needed stitches and had about ten different people looking down there. I asked if anyone was going to buy me dinner as it all seemed a bit forward for a first date!”

“As I was being stitched up after delivery, the midwife cut off some excess skin, (too much information I know). My other half asked me when everyone had left the room if I’d be able to feel it when we had sex again because she’d just cut my clitoris off.” 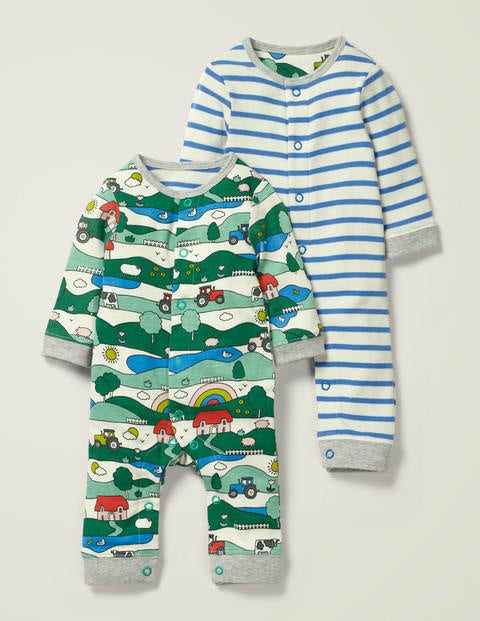 I was very aware of repeating it over and over again but couldn’t keep my mouth shut!

“With my first baby, I was induced and had Pethidine for the pain. Unfortunately, had to have stitches after. A very nice anaesthetist (man) attended to do the stitches and I said to him

“It’s been a long time since someone spent that much attention down there”.

Just to add both my husband and mother were present.”

“My mother’s labour was extremely short, I was born within an hour. So that means that she went from experiencing minimal pain, to extreme pain with little time to adjust. When my dad was driving her to the hospital, he unfortunately had to stop for petrol. He went into pay, and just then an elderly man in a wheelchair stopped him, asking him to buy cigarettes for him as the store was not wheelchair accessible.

My Mum then proceeded to lean out the window, yelling ‘

“My Mum apparently said, upon viewing my brother whose head and face had become rather misshapen during his protracted journey down the birth canal. ‘

Got a funny labour story? Tell us in the comments!