A Sleep Divorce is when two partnered people decide to sleep in different bedrooms at night.

Some people split up and stay under the same roof, sleeping in other rooms either to save face with the outside world or because they can’t afford to move out.

Then there are couples who are perfectly happy in their relationships, except they just can’t share a bed or a room with their other half anymore.

In fact, by moving into different rooms they can actively save their relationships, especially if issues related to sleeping are affecting their happiness with one another. It’s called a ‘Sleep Divorce’ and it certainly doesn’t spell the end of a relationship.

What is a Sleep Divorce Exactly?

Dubbed a “sleep divorce”, these couples sleep separately at night time, while the rest of their relationship remains the same.

With sleep disorders like insomnia and sleep apnea are getting more and more common, and are also reported to be on the rise.  It isn’t surprising that these factors could lead couples to opt for separate bedrooms.

Having a good night’s sleep is super important, we all know that.

But did you know, in the olden days, the wealthy always had separate bedrooms?  Couples sleeping in the same room in the same bed just didn’t happen.  It is more of a modern idealisation of marriage. Ongoing disrupted sleep can really mess up your health and put you at risk of developing a variety of serious illnesses such as cardiovascular problems, diabetes and obesity.

Researchers have found it can also affect your relationships – lack of sleep is believed to diminish positive feelings you have towards your partner (seems like a no-brainer if their sleep behaviour is leaving you feeling like a zombie!)

They also found that those who had lower sleep quality demonstrated lower levels of gratitude and were more likely to have feelings of selfishness compared with those who slept well. Poor sleepers also showed less of a sense of appreciation for their partners.

These are the main reasons for couples to call it splits at sleep time and opted for sleep divorce:

If one is an early bird and the other is a night owl, either naturally or because of things like shift work, they can end up disrupting one another’s sleep. Conflicting schedules may have one partner sleep divorce another due to the time and work differently. If you have a partner who disrupts your sleep with heavy snoring, tossing and turning, or even talking in their sleep too much, after a while it can get extremely old. Plus there are restless legs, nightmares and the list goes on and on.  The thing is if both people are suffering and not getting enough sleep, both get cranky and the cycle goes on and gets worse. 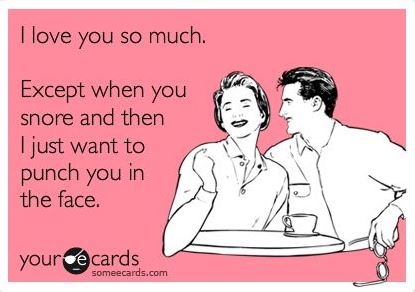 Along the same lines as the sleep environment. Sometimes, one partner might like sitting up surfing the web on their smartphone or tablet and watching TV late into the night, preventing the other one from going to sleep. These habits can drive the other partner’s spare to sleep divorce. Some parents just don’t sleep very well if they’ve got kids in the bed with them (some people are able to cope with random elbows and knees digging into their soft tissue courtesy of restless toddlers much better than others) or disagree about co-sleeping altogether and end up sleeping apart.

“My husband and I have been sleeping divorced for 12 years now.  I have the main bedroom with a king-size bed.  My husband has a quieter smaller room with a queen-size bed. It started when our kids were young, and I struggled to get back to sleep after the night of feeds.

Because I was so tired, I flailed when I got to sleep. My husband got constantly slapped and kneed in the nads. I also talked in my sleep and when I’m tired, I snore like a freight train.  Plus I just couldn’t keep still (restless legs).  So he started sleeping in the spare room to get a few good hours of sleep. Now we go to bed together every night (in the main bedroom) – but I also go to sleep earlier than he does.  So once I’m asleep – he goes to his room.  Then in the morning he again comes back into my room – often before I’ve woken up – so really I don’t even notice that we don’t sleep in the same bed, except I get a terrific night’s sleep – and so does he!

At first, I hated the idea of us sleeping in separate rooms, but now, I love it.  I have my very own bedroom – my own space, and so does he.  But we still spend quality time together – we just sleep apart.”

Do you sleep divorce from your partner?