While some people really enjoyed their teenage years, the vast majority of the population would not choose to relive them.

While adult responsibility is low and freedom is high, teenagers also have to contend with hormones, school stress and crazy peer pressure. Then, there are all the health issues that teens face, partly caused by the raging hormones and partly due to the new body that teenagers are adjusting to.

Your kids, although they think they know everything, will be looking to you for support when things start to make less sense, and it helps if you have the information they need.

So, as a parent of a teen, tween, or even a child, there are a couple of things you should know about teen health.

Acne is a very common, and often very uncomfortable condition that about 80% of teens will experience at some point during their teenage years. It is caused when a type of hormones called androgens, which are produced at puberty, increase the amount of sebum that the skin produces.

Sebum is a kind of oily secretion that comes from the skin, and when there’s a lot of it, the pores can become blocked, inflamed and infected. Acne can affect boys more than girls, but it’s also inherited, so if your parents get it, you may as well. The face is the hardest hit, but the back and shoulders can also be affected. In general, gentle washing with a gentle skincare product aimed at tweens and teens and water twice daily can have a positive effect, as can avoiding a diet with lots of dairy.

Acne can have a real effect on the emotional well-being of teens, so if severe acne is present, it might be time to see a doctor or dermatologist for a prescription lotion, cream or over-the-counter medication.

When the teenage body gets a big dose of new hormones, one of the first things to change is the way that their bodies smell. This starts when puberty hits, and it’s often one of the first things that parents notice in the puberty changes. The body has about three million sweat glands on the skin, and they all ramp up during puberty, particularly in the underarms, feet and palms.

Now, while sweat by itself is odourless, the bacteria that it mixes with on the skin is not. In fact, when the sweat interacts with this bacteria, it starts to smell, and it can be very strong.

Reminding your teenager to shower every day, twice a day if they’re particularly active, and to wear deodorants is a good idea, for their sake and yours. Some teens can have sensitive skin, and it can even be caused by deodorant overuse, so you might need to experiment before you find one that really suits them.

For particularly stinky teens (from a Mum who has two of them) – grab the Dettol ProFresh Shower Wash. It makes such a huge difference!

Then there is also the issue of getting body odour out of your teenager’s clothing. We have a great article on how to remove body odour from clothing! This stuff is FANTASTIC for stinky teenagers!

We could have called this heading ‘personal hygiene’ but what we’re really talking about is genital hygiene and it’s something that teenagers of both genders need to get their heads around.

For girls, it’s important to know that once you get your period, you’ll also get vaginal secretions over the month, varying from clear to milky white as your cycle progresses. As the vagina is, despite what some would have you believe, self-cleaning, there’s no need to douche or anything similar. However, using just warm water to wash the area is recommended. For boys, it’s important to gently wash the penis, including the base and testicles, on a daily basis to avoid potential fungal skin issues, sweat build-up and odour.

When the boy is uncircumcised, they should also gently pull the foreskin back and wash underneath it to prevent the naturally occurring substance, smegma. Avoid deodorants and talc powders, which irritate the skin.

It is common for young boys to get infections in their penis when they don’t wash it properly.

When puberty blooms so does hair, all over the body, as well as the appearance of hair in new places like on the face, under the arms and around the pubic area. Those pesky hormones also mean that hairs darken and are more obvious.

Both girls and boys usually start to do hair removal in some form, with boys ridding themselves of facial hair and girls shaving or waxing their underarms and legs. 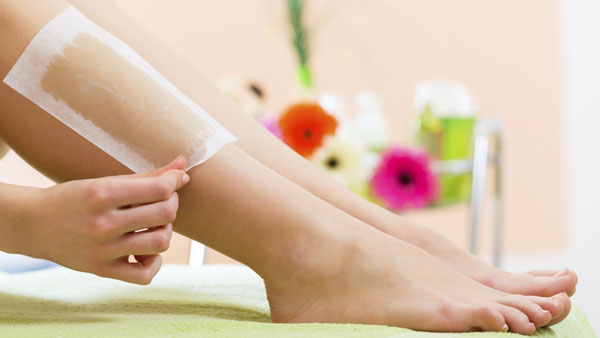 However, it can be difficult to get a handle on shaving at first, and teens often suffer from cuts and nicks due to a lack of shaving technique. It’s always a good idea to supervise the earliest tries, even if that means shaving alongside them so they can mimic you. Make sure you have them use a light pressure when meeting the skin with the razor, and to go against the direction of the hair.

To avoid cuts make sure they get up a nice soapy lather and that they wash the razor regularly during the shave.

It is normal, if not pretty annoying for parents, for teenagers to have mood swings. While many teenage problems might seem like small dice to adults, the stress of growing up, getting more independence, and dealing with the increased pressures of school can seem overwhelming to a teenager. Along with that, you have to remember that teenagers are in the middle of a significant hormonal change, which makes things worse. Getting lots of sleep, maintaining a healthy diet, and doing regular exercise are the most often prescribed treatments for mood swings. Exercise in particular can improve the mood because it causes the release of endorphins into the blood, which are a mood booster.

Now, it is important to remember that while mood swings are normal, consistent symptoms of depression should not be taken lightly. These include a regular low mood, lack of energy, changes in eating and sleeping patterns and not wanting to spend time with friends. If you notice these, consider taking your teen to talk to a counsellor or doctor about their problems.

Are you ready for your teenager’s health issues?