59 Dumb Things We Believed As A Child

Do you remember the dumbest things you believed as a child? I sure do.

I used to believe that if I swallowed a seed, it would go to my stomach and a tree would grow there! It’s funny how gullible young children can be! In this blog post, we’ll share some of the funniest and dumbest things you believed as a child.

We asked you what’s the dumbest things you believed as a child, and these are your answers!

I’ll never forget some of the ridiculous things I used to believe. For example, I was convinced that I could turn invisible if I held my breath long enough. Needless to say, this led to some awkward moments when I was trying to eavesdrop on conversations! I also used to believe that adults had all the answers. Now that I’m an adult myself, I realize that’s definitely not true!

1. “Being an adult would be awesome.” – Ellie Ruff

2. “That you can do anything you want as an adult

4. “Adulting was fun!” – Shannon Dassler; “And that adults had all the answers.” – Danielle Bonham

5. “That I don’t have a second name because my parents were too poor to be able to afford to give me one

6. “That people sold their lawn at lawn sales.” – Rachelle Balfour-Quinn

7. “Bloody Mary.” – Sarah Springett; and “Candyman was coming for me if I said his name 3x in the mirror.” – Vrindavana Vilasini

8. “The fridge would blow up if the door was left open too long as told to us by my mother.” – Sally McCabe

9. “If you turned the light on in the car while your mum or dad was driving the police would pull you over and you’d get in trouble.”– Ashley Talbot, Kendra Stormborne-Torrez, a whole lot of you!

11. “That I didn’t have a middle name as mum couldn’t afford it as middle names cost money. Found out at 16 that this is in fact a lie, 😂” – Sarah Smith

13. “Cops had x-ray vision machines that they’d look through your car and know if you weren’t wearing a seat belt or not.” – Kai Harwood

14. “That fairies were real I’m quite disappointed that they are not lol 😏.” – Caitlin Kiser

16. “My dad used to tell my brothers and me that the moon followed us when we drove so we can see it closer. I believed it for a while lol.” Britney Baillie

17. “My grandmother and mother always said if you threw bread in a fire, you were feeding the devil.” 😂😈 – Amanda Broughill Bak

18. “Fairies lived in the mushrooms that occasionally popped up in my parent’s garden.” 🍄🧚

19. “That bad people get appropriate justice served to them and good people are protected. What a joke.” – Aleisha Pettiford

20. “That my toys had life like in Toy Story and I was constantly trying to sneak up on them and catch them in action.” – Jasmin Hernandez One of the dumbest things I believed as a child was that our bodies were made of stardust. I was convinced that the twinkling specks I saw in the night sky were actually tiny pieces of me, floating around in the universe. It wasn’t until I learned about atoms and molecules in science class that I realized how wrong I was. Even though I now know the truth, part of me still likes to think that we’re all made of stardust.

1. “That if I pulled faces and the wind changed my face would stay like that.” – Zoe Whitcombe, Becki Adams, Sami Wikaira-Paul

2. “If I picked my nose and ate it, potatoes would grow out of my ears.” – Danielle Bonham; another FB user says, “If you picked your nose your brains would fall out.” – Eve Mathieson

3. “That I would get spots on my tongue if I lied.” – Kirsten McKell-Mears; similar to Amy Barkers

4. “The stork brought the baby to the parents. 😂” – Angela Wolff

5. “That you could get pregnant by kissing” – Natasha Anne

6. “If you hung girls undies next to boys undies on the clothesline the girl would get pregnant.” – Emily Landrigan

7. “That if I left mascara on my eyelashes when going to bed that my eyelashes would be permanently stuck together.” – Leeanne Kingsman

8. “My boy thinks that his hair will grow every time he showers I tell him it’s not a plant every time he got a haircut he didn’t want to shower. 😂 ” – Terri Anderson

9. “If you shaved your head your hair would grow back opposite to what you had!” – Ezzy Lockwood

10. “That pasta grew on trees. That hair grew from your ends. That the older you got the bigger and taller you got so if you were 100 you would be a massive giant.” – Daniela Waheed

11. “If you touch belly button too much guts will fall out.” – Aimee Soutter

13. “If you lie you get a pimple on your tongue. Always had me wondering what I lied about.” – Kylie Lee Brabyn

Another of the dumbest things I believed as a child was that eating carrots would help me see in the dark. For some reason, I thought that eating this particular vegetable would give me superpowers and allow me to see things that other people couldn’t see! As a child, I believed a lot of dumb things about food. For example, I thought that the seeds I ate would grow in my body. Once, I even tried to pick all the seeds out of my watermelon before eating it!

2. “Eating the crust would make my hair curly,” Kate Andrew. This was echoed by others, Kellie Harvey, Michelle Weller, Jess Harris, Tania Lindner-Curran

3. “Don’t get too full of food because when it reaches the top we will die,” Jetty Read

Technically, one of the top dumbest things you believed as a child! Correct that one – WE!

5. “That the moon was made of cheese,” Kirstin Coltman, Katherine Giurassi

6. “My brother’s told me that the white stuff inside a sausage roll (the pastry) was made from baby lamb intestine

I didn’t eat them for years after that!

7. “Carrots helped you see in the dark.” – Kellie Tinker

8. “That the ice cream truck had ran out of ice cream whenever it was playing music.”

I was also convinced that eating too much candy would make my teeth rot out of my head. As children, we tend to believe anything we’re told. After all, adults are the experts, right? But when it comes to the world around us, adults don’t always know what they’re talking about. *rolls eyes*

1. “That the world was flat.” – Elizabeth Mahon

2. “There were dinosaurs over the mountains.” – Annalise Peters

3. “That life back in the day used to really be in black and white, like the movies lol.” – Rhealyn Ibarra

4. “That those things off the tree turn into $1 coins if I sit them in the sun on my windowsill

5. “That little people were inside the TV

6. “You could jump on the clouds without falling through,” Donna-lee Wyatt

8. “That there really was a pot of gold at the end of the rainbow.” – Sharon Thomas

9. “That hares were male and rabbits were female… I didn’t learn the truth till I was 21. 😑” Terri Jones

10. “That cats were girls and dogs were boys.” Sherie Harper, Teresa Erickson

12. “That labour day was when lots of ladies had their babies, and boxing day was when people had the day off to go to a big competition of boxing fights in a boxing ring!” – Karen Lister

13. “The people who died in movies 📽️ were really people who wanted to die and they volunteered to die to help the movie.” – Suze Turn

14. “That little people lived inside our radio.” – Sue Maunder

15. “Seaweed would pull me into the ocean…yeah mum thanks for that.” – Fiona Marie

It’s funny how some of the dumbest things you believed as a child turn out to be not only false but hilarious. For example, I used to believe that if I put butter on my feet, they would grow bigger.

It’s definitely fun to look back and laugh at our innocent and naïve selves.

So what are the dumbest things you believed as a child? Let us know in the comments! How to Teach Kids to Swallow Pills

July 15, 2022
Comments Off on How to Teach Kids to Swallow Pills September 26, 2021
Comments Off on 22 Quick and Easy Back-to-School Hairstyle Tutorials How to Celebrate Mother’s Day in Lockdown

March 19, 2022
Comments Off on How to Celebrate Mother’s Day in Lockdown How to Transform Your Hospital Room Into a Birth Cave

October 1, 2021
Comments Off on How to Transform Your Hospital Room Into a Birth Cave 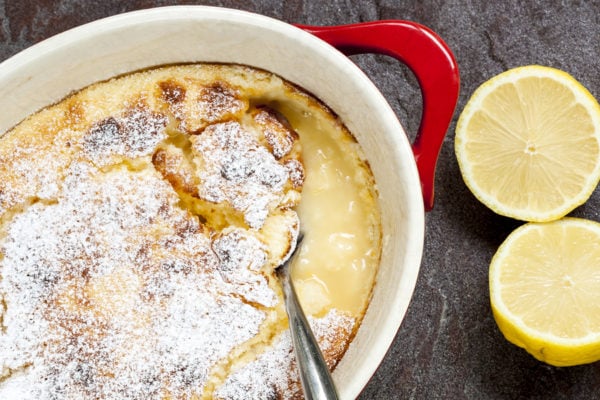 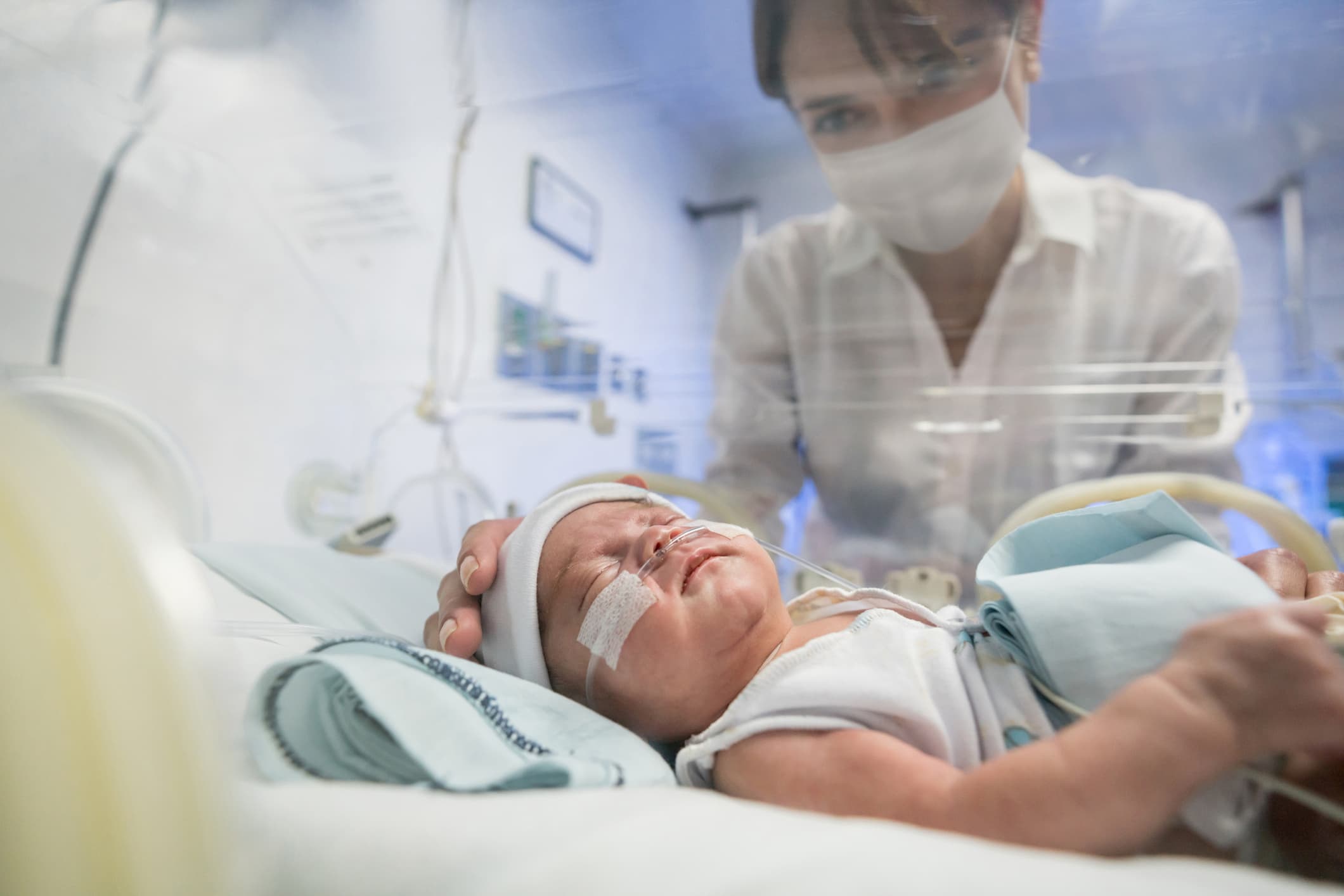 Activities To Do With Your NICU Baby

March 18, 2022
Comments Off on Activities To Do With Your NICU Baby 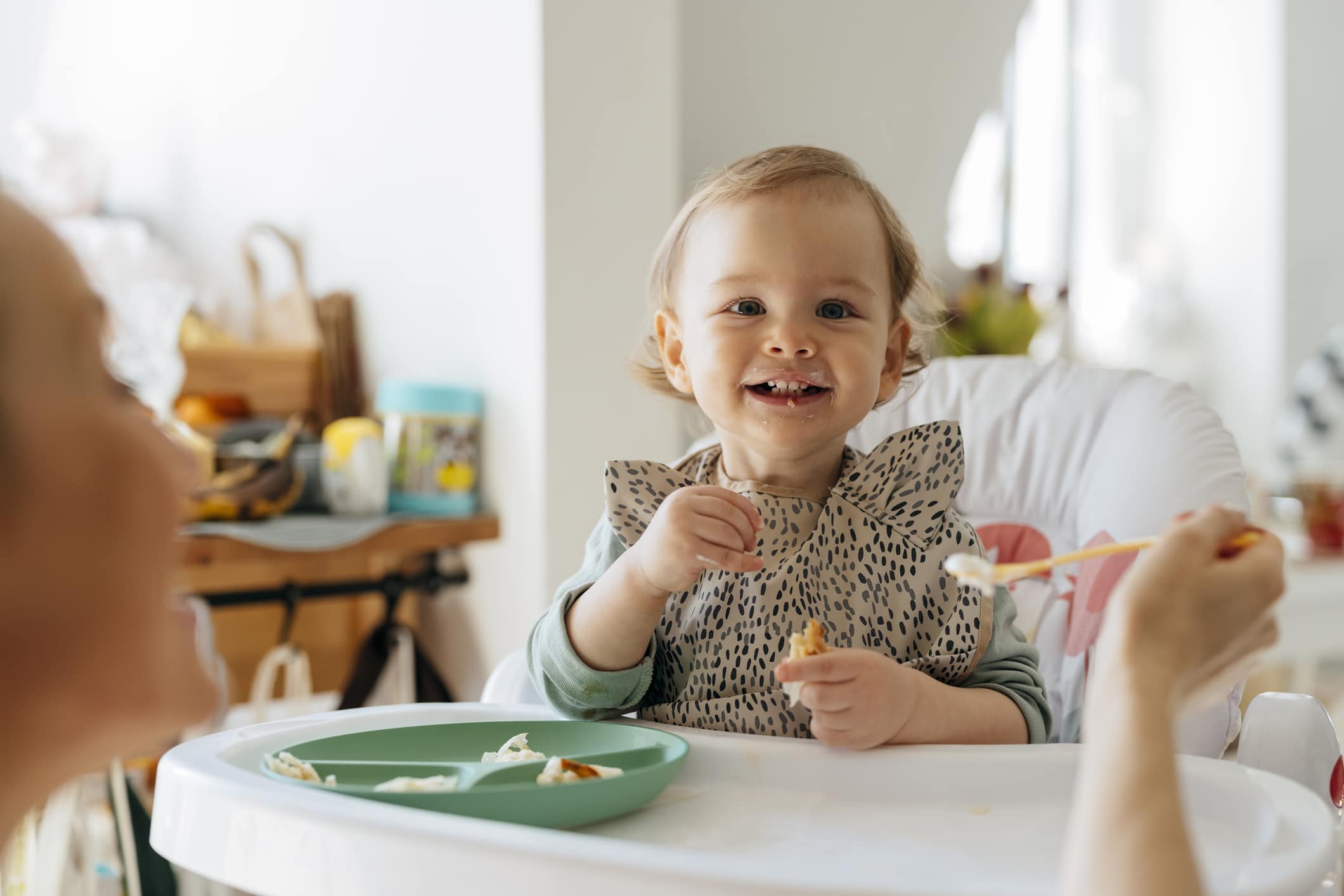 Simple Recipes to Make Your Baby in the First Year

May 19, 2022
Comments Off on Simple Recipes to Make Your Baby in the First Year 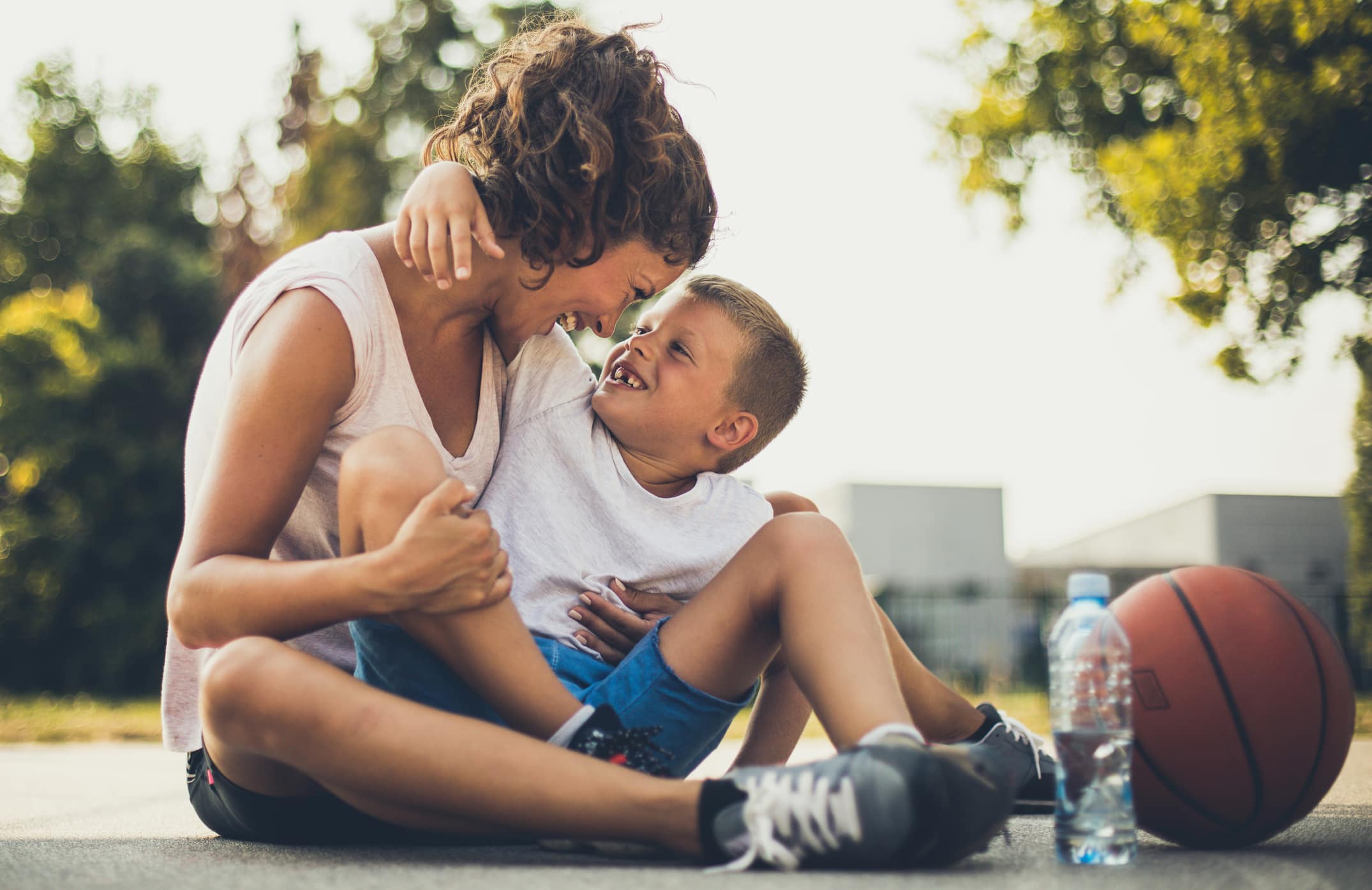 December 2, 2021
Comments Off on 10 Things You’ll Understand If You’re a Sports Mom March 18, 2022
Comments Off on Mother-in-Law From Hell Wants to Rename a Couple’s Baby 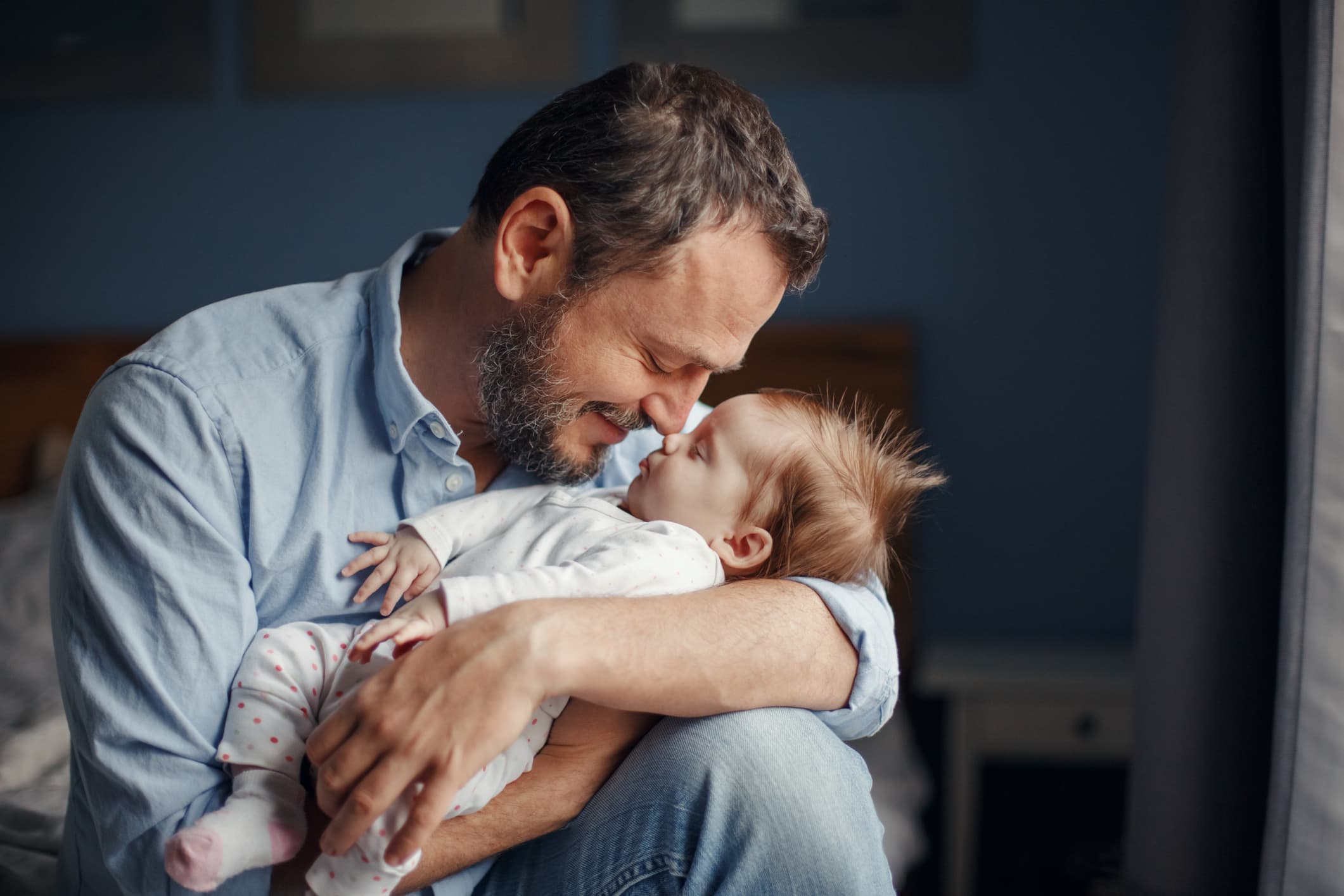 104 Dad Quotes That Will Make You Smile

June 19, 2022
Comments Off on 104 Dad Quotes That Will Make You Smile
What to Do If Your Baby Wakes Every Hour at Night
Chinese Five Spice Roast Chicken
Recent Posts
Pages