Our country’s social and economic progress since Malaya’s independence in 1957 has been impressive.

Our public healthcare system and the private marketplace have combined to dramatically reduce malnutrition, stunting and underweight children.

However, economic growth has come at a price: modern food systems abundant in calories have combined with sedentary lifestyles to create a new problem of obesity.

Obesity has become a large issue in Malaysia.

The National Health and Morbidity Survey (NHMS) is run every three to five years by the Health Ministry to monitor the state of health among Malaysians.

In 2019, the NHMS showed that 30% of Malaysian adults were overweight and another 20% were obese.

In other words, half of Malaysian adults are not at their ideal body weight.

In today’s column, we take a look at obesity in a specific subset of Malaysians: pregnant women.

This is understandable because Malaysia was poor at that time, and our public healthcare system and health literacy among citizens were being built up.

But at some point in the 1990s-2000s, a new trend of Malaysian women being overweight during pregnancy emerged.

This has many implications.

The 2016 NHMS estimated 15% of pregnant women to be obese, as determined by their pre-pregnancy body mass index (BMI).

The group with the highest obesity rate at 70%, was those at an advanced age during pregnancy, i.e. 45-49 years old.

Obesity and advanced maternal age are two factors for a riskier pregnancy for both mother and baby.

During delivery, obese mothers tend to have longer labours and higher risk of obstructed labour, leading to instrumental or caesarean delivery.

After delivery, they have higher risks of developing infections, blood clots and depression.

As a result, the risk of maternal death increases significantly.

Similarly, the risk of death for the baby is increased, whether in the womb or in the first year of life.

As the fetus of the obese mother grows, there is a risk of overgrowing, leading to the increased possibility of the baby having its shoulder stuck during the delivery process – medically known as shoulder dystocia – which can lead to further complications.

Children of obese mothers are also known to have a predisposition to obesity themselves later on in life.

Beyond the pregnancy, as these women are likely to retain the weight gained during pregnancy, each successive pregnancy leads to further increase in weight.

Consequently, the likelihood of more disabling diseases such as diabetes, heart disease, liver disease and certain cancers are increased.

This places a significant cost burden on healthcare systems, both directly and as a result of the associated consequences.

The total cost of high BMI to health services globally has been estimated by the World Health Organization (WHO) to be US$990 billion (RM4.31 trillion) per year, making it over 13% of all healthcare expenditure.

In Malaysia, healthcare costs attributed to obesity in 2016 was a staggering US$907.4 million (RM3.95 billion).

There are many causes for obesity.

But we oppose the wrong perceptions that blame obesity on laziness, gluttony or a lack of willpower to exercise, or to provide simplistic advice to “just eat less and move more”.

While there is an element of personal control and personal choice to fight obesity, using guilt and shame to change behaviour is unacceptable.

Having said that, there are several reasons for the increasing numbers of obese or overweight Malaysians, and pregnant mothers in particular.

One, a woman should gain a healthy amount of weight during pregnancy.

However, a woman who already has a high BMI before pregnancy will be at risk for obesity in pregnancy.

As the population is trending towards being overweight, more women in the reproductive age group are entering pregnancy with a raised baseline BMI.

Two, the three main factors that differentiate the 2000s-2020s from the 1960s-1990s are an obesogenic environment, low healthy eating index (HEI) and sugary food.

Examples include office jobs that require prolonged periods of sitting down, convenient options for food delivery, as well as a culture for snacking and late-night suppers.

Biologically, our bodies are preprogrammed to store fat to survive famines, which were common in the past.

In our current obesogenic environments however, this survival mechanism is counterproductive.

Other contributing factors include sleep deprivation, chronic stress, endocrine disruptors (e.g. BPA in plastics), older parental age, and the side effects of certain medications for other diseases.

Obesity is thus not a matter of personal failure, but a disease state developed in response to an obesogenic environment.

A study in Europe showed that a low HEI, which mostly affects those living in metropolitan areas, is associated with obesity during, as well as prior to, pregnancy.

In Malaysia, a staggering 95% of adults surveyed by the NHMS in 2019 did not take adequate amounts of fruits and/or vegetables as recommended by WHO, which is at least five servings per day.

Twenty percent of the population was aware of the Healthy Plate Concept (i.e. Suku Suku Separuh or Quarter Quarter Half), but only 14% said they practised it daily.

This convenience comes at the cost of good nutrition.

Foods high in sugar are a major cause of obesity.

Sugar is highly addictive due to its stimulation of the reward-related pathways within the brain.

This leads to consumption of sweet foods even when a person is not hungry.

A survey by the National Health Institute in 2014 showed that the average Malaysian consumes 25g (four teaspoons) of sugar and 51g (three tablespoons) of condensed milk per day.

This does not take into account the amount of hidden sugar in processed food products and food prepared outside.

Even milk marketed to pregnant and lactating women may contain added sugars. With many pregnancies being unplanned in Malaysia, it is advisable for women of childbearing age to aim for a healthy BMI even if they don’t intend to have a child in the near future. — Creativa Images

As genetic risks are constant, we can only aim to reduce the influence of obesogenic environments.

The Policy Options to Combat Obesity report published by the Health Ministry in 2016 proposes various options that were ranked based on feasibility, potential impact and side effects.

Maternal obesity is a risk factor for a myriad of complications, but it is preventable.

A woman at risk should reduce her BMI to normal range (18.5-24.9) before conceiving.

It is, however, easier said than done.

In 2018, a national survey among Malaysian mothers who recently delivered and were attending government health clinics found that 43% of them had unplanned pregnancies.

Thus, it is important for women of childbearing age to be given information and advice about obesity, regardless of whether or not they are planning to get pregnant in the near future.

And what if pregnancy has already occurred?

A woman has to monitor her weight gain, which is difficult.

There is no safe method to implement weight loss during pregnancy without potential harm to the growing fetus.

Hence again, the best time for weight loss is before conceiving.

Regrettably, even if an obese woman meets a doctor before embarking on pregnancy, obesity is seldom addressed.

Maternal obesity should receive equal emphasis as other diseases like diabetes and high blood pressure during pre-pregnancy care.

In conjunction with this year’s (2022) theme for World Obesity Day on March 4, “Everybody Needs to Act”, we cannot put the blame on those victimised by the obesogenic environment.

Instead, everybody, including policymakers, business owners, healthcare personnel and individuals should fight this silent epidemic together, and help pregnant women who are overweight to be healthier.

This would be the best gift that we can give them this Mothers’ Day.

Dr Connie Liew is an obstetrician and gynaecologist. Dr Ginsky Chan is a medical officer now pursuing a Masters in Public Health at the London School of Hygiene & Tropical Medicine. Dr Khor Swee Kheng is a physician specialising in health policies and global health. He tweets as @DrKhorSK. The views expressed here are entirely their own. For more information, email starhealth@thestar.com.my. The information provided is for educational and communication purposes only. The Star does not give any warranty on accuracy, completeness, functionality, usefulness or other assurances as to the content appearing in this column. The Star disclaims all responsibility for any losses, damage to property or personal injury suffered directly or indirectly from reliance on such information. 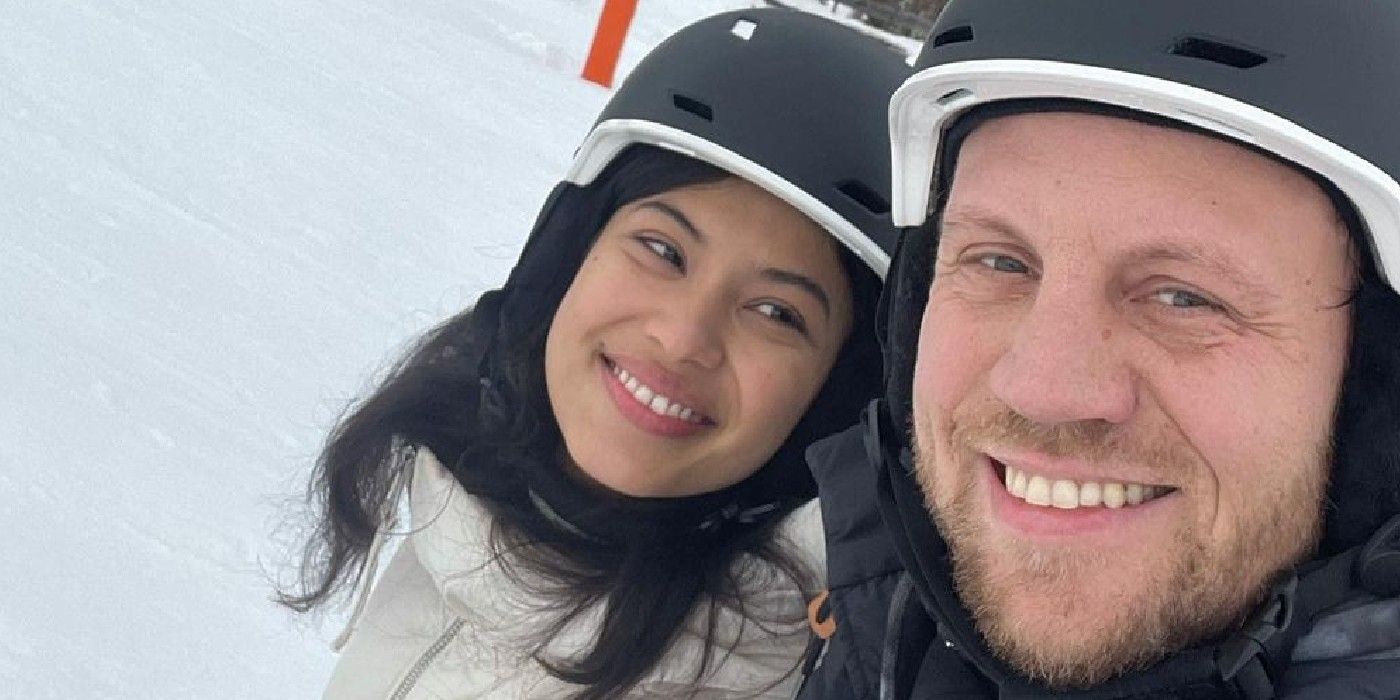 July 18, 2022
Comments Off on Tristan Thompson Spotted in Greece Amid Khloe Kardashian Pregnancy

September 27, 2021
Comments Off on ‘My wife is seven months pregnant but I never wanted any children’ 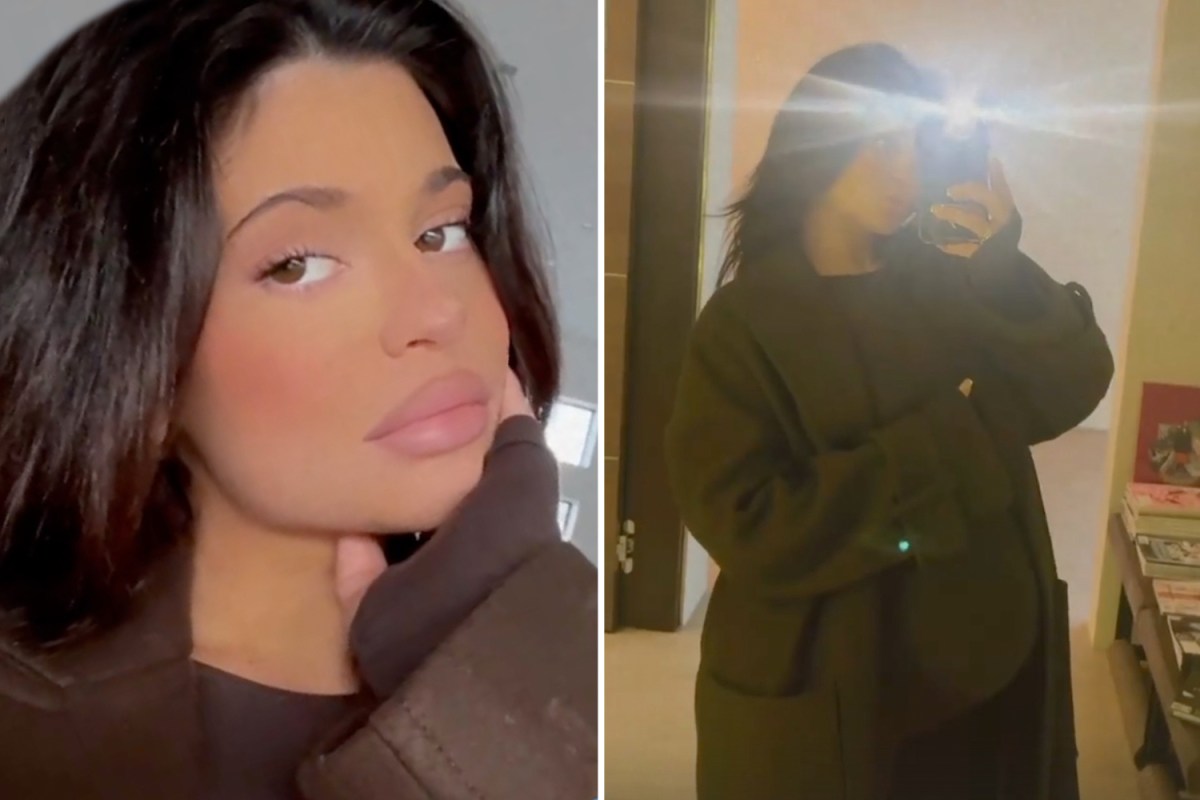 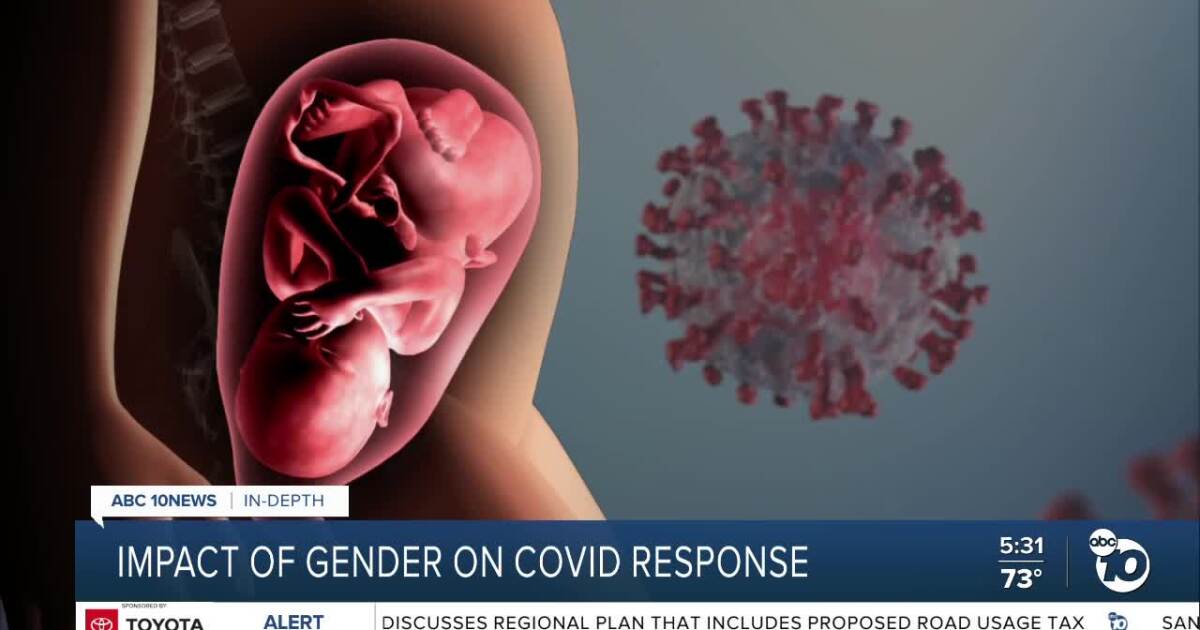 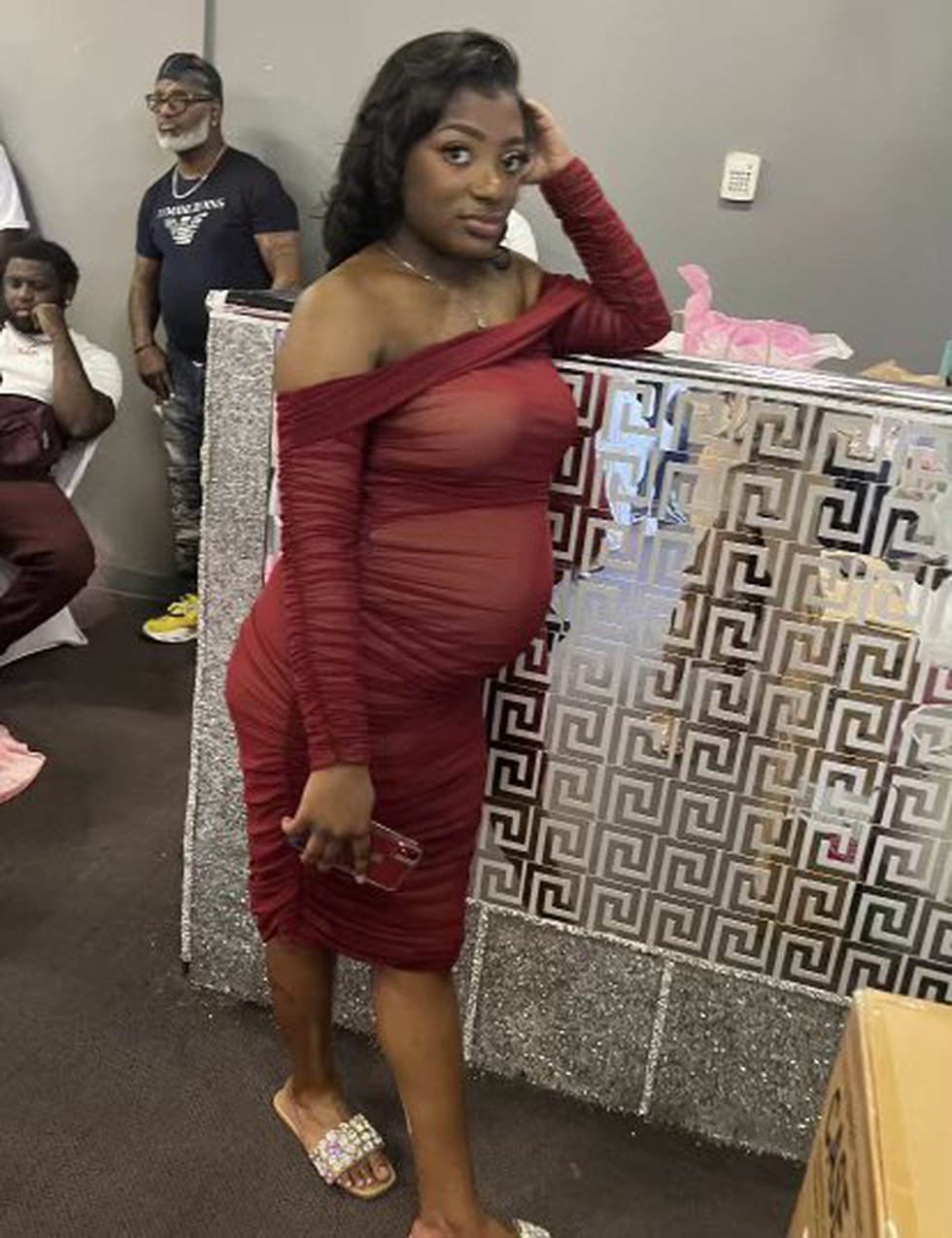 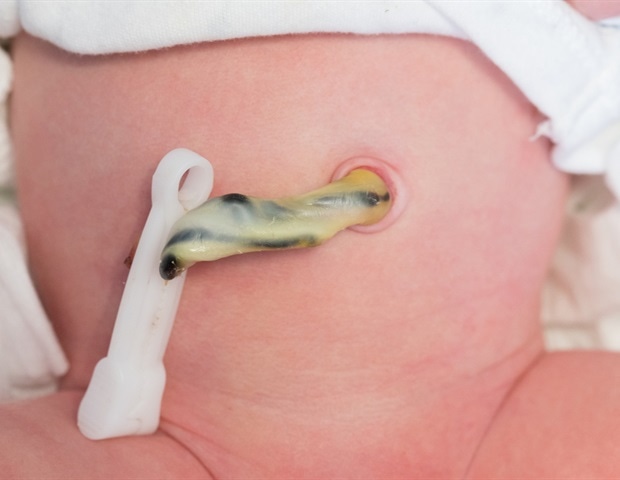 January 19, 2022
Comments Off on COVID-19 during pregnancy may induce fetal immune response even in the absence of placental infection 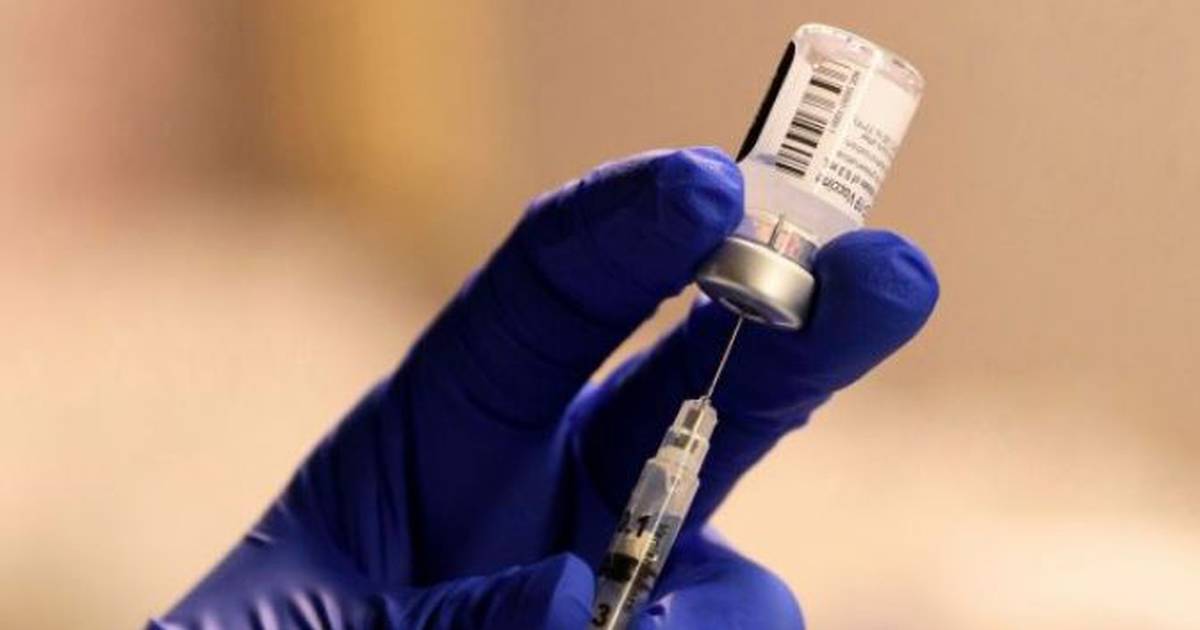