And Just Like That: New episode tackles motherhood, friendship, and a possible divorce

New York, New York – While Carrie Bradshaw continues to grapple with her husband’s death, she makes a surprising new friendship.

Sarah Jessica Parker’s character Carrie Bradshaw continues to find her way as a widow in the latest episode of And Just Like That.  © IMAGO/Picturelux

On Thursday, Sex and the City’s reboot And Just Like That dropped its newest episode, which finds its iconic trio of New Yorkers dealing with separate issues while remaining a very tight-knit group of besties.

Sarah Jessica Parker’s famed character Carrie is still trying to find her footing as a widow.

Miranda, played Cynthia Nixon, addresses the pros and cons of motherhood while also recovering from her experience with marijuana.

Meanwhile, it looks like one major couple may unfortunately be headed towards a divorce.

But the HBO Max revival deserves props for keeping up with the times and giving accurate portrayals of race, fertility issues, and grief. 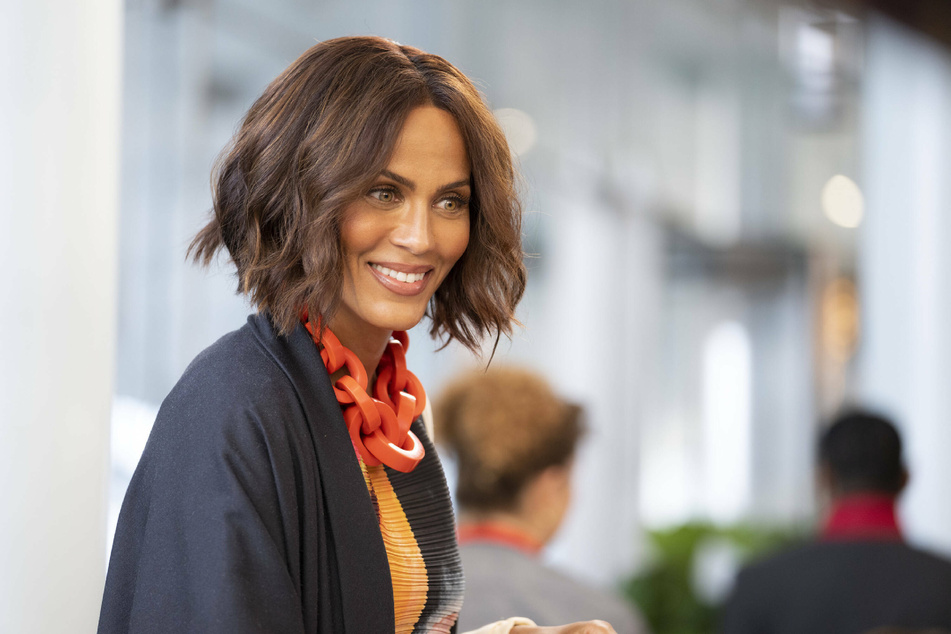 Nicole Ari Parker portrays Lisa Todd Wexley, a fellow socialite and mom who befriends Charlotte in And Just Like That..  © IMAGO/Picturelux

Miranda’s storyline in the latest episode follows her growing relationship with her teacher Nya, who shares with the emotional and painful struggles of IVF with the former attorney.

Fans may recall that Charlotte also dealt with similar issues in the original series, whereas Miranda’s pregnancy and motherhood journey was vastly different.

As Nya confesses her fears over becoming a mother, Miranda offers some real advice on the matter: When it comes to motherhood and a career, it’s possible to have it all – but it’s “f***king hard,” as she so aptly puts it.

Elsewhere, Carrie decides to sell the home she once shared with the late Mr. Big and ends up gaining another gal pal.

Sarita Choudhury makes her debut as realtor Seema Patel, who helps Carrie find a potential buyer for her luxurious Upper West side condo.

The two ladies bond over the pressures of dating at an older age and smoking. But it’s their poignant conversation over insensitive remarks regarding their love lives that cements the two’s friendship.

Then there’s Charlotte, who – in all honesty – hasn’t changed much when it comes to being oblivious to racial issues. Still, the good-hearted socialite tries her best to be more socially conscious by trying to make more friends that are Black.

In the end, Charlotte learns that just being herself is all she needs to win Lisa over.

However, there seems to be some trouble brewing between Stamford and Anthony, played by the late Wille Garson and Mario Cantone.

The once lighthearded couple have increasingly bickered since the series began, and now it looks like two could be headed for a divorce.

All in all, despite the skepticism that the revival wouldn’t survive without Kim Cattrall, it seems to be doing just fine.

New episodes of And Just Like That premiere on Thursdays on HBO Max.