Aubrey O’Day is pregnant with her first child.

After being spotted seemingly cradling her baby bump during a red carpet appearance at the SPiN Awards gala for the Society Performers Academy in Los Angeles last Tuesday, the Danity Kane singer took to her Instagram Story, where she shared a video of herself in the gym and told her fans that “momma” is doing her best to stay healthy amid her pregnancy.

“Momma is staying as healthy as she can,” Aubrey wrote on January 23. 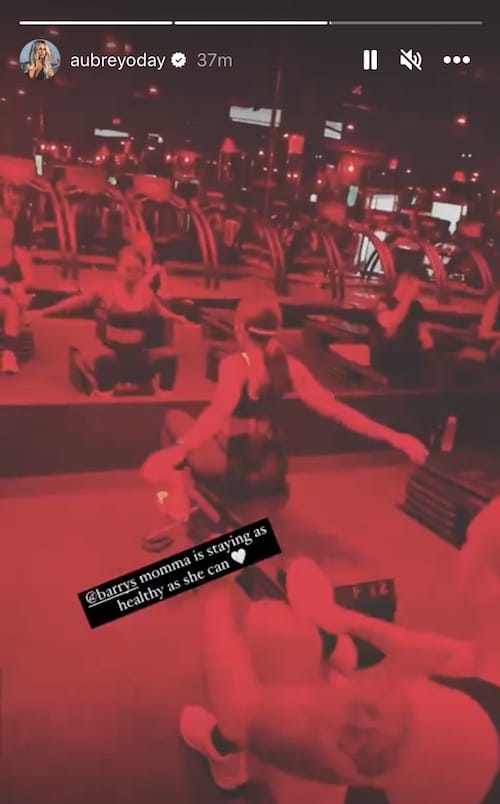 The U.S. Sun was first to report Aubrey’s pregnancy news, followed by E! News, who shared the report with their own fans on January 20, along with a photo of Aubrey at the SPiN Awards gala, where she donned a white strapless gown and heels.

“Please go support this wonder organization,” Aubrey wrote on her Instagram Story on January 19, along with a pic of herself at the event. “Being able to be supported as a child when I was pursuing my dreams in the arts was beyond important to me.”

According to The U. S. Sun, Aubrey recently said that she had “someone special in my life” but has yet to confirm the identity of her baby daddy. Instead, she simply told the outlet that the two of them began dating after she returned to the United States after briefly relocating to Bali.

“When I got home from Bali, which wasn’t too long ago, I was open to dating again,” she explained.

As fans of Aubrey well know, she has been linked to a number of famous faces in recent years, including Jersey Shore star Paul “DJ Pauly D” Delvecchio, who she dated for just over a year after being seen together on the first season of Famously Single in 2016, and Donald Trump, Jr., who she once labeled her “soulmate.”

While speaking to TooFab at the end of last year, Aubrey opened up about her “toxic” relationship with Pauly, claiming that after growing close to his daughter, nine-year-old Amabella, she felt completely discredited as the child’s would-be-step-mom.

“The relationship length was absolutely downplayed. The ending was downplayed. The person I was to his life and his daughter’s life was very downplayed,” she explained. “I felt a lot of anger at the time for being so discredited because I fell in love with the child, and I lost her in it, and that’s something that I had to heal from, and that’s something he probably is not operating with much compassion over.”