A woman has opened up about the bizarre moment she found out she was pregnant while getting her first-ever Brazilian wax at 17.

Laura, who is known as crimpytoses on Tik Tok, told her followers she went to get a wax as a teenager but ended up crying out in pain because the wax was too hot.

‘I kept screaming “this is excruciating, oh my god”,’ the Australian woman said.

‘I’d had other things waxed before, so I could deal with wax, and the beautician kept being like “babes, it’s not hot at all”.’

The beautician put wax on the inside of her elbow to show it really wasn’t hot, but Laura was in agony.

‘Finally, she looks at me and she’s like, “you’re not pregnant, are you?”,’ Laura recalled.

But when Laura thought back to her last period, she realised she could be pregnant.

She took a test and it was confirmed – she was five or six weeks along.

Laura added: ‘The first person to even suspect it was the lady doing the Brazilian wax because she was like, “b**h, you weak”.’

Waxing can be more painful during pregnancy because there’s more blood flow to the skin around the pelvic area, which increases sensitivity. 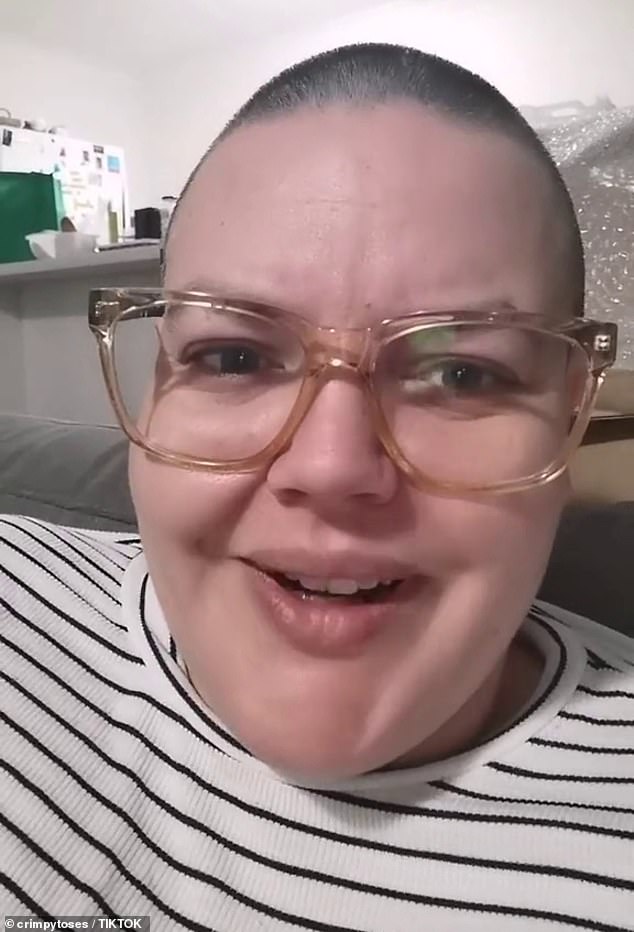 Laura (pictured) thought the wax was really hot, but the beautician assured her it wasn’t

One commenter said: ‘Omg what a way to find out.’

Laura replied: ‘I was SHOOK! So awkward laying there with my skirt around my bellybutton insisting it’s the hottest wax EVER. ‘

Others agreed that getting waxed while pregnant was excruciating and warned others to avoid it.

Another woman chimed in to say she was on birth control and had regular periods ‘and had no symptoms until I was about six months pregnant and felt kicking in my tummy’.

Another follower added: ‘Well I found out I was pregnant when I was in labour. 15 hours later I had my baby girl, who is now 25.’

Laura said both scenarios were among her worst fears.