BabyWise: Why This Baby Sleep Method Is Controversial

Parenthood is no easy feat. For new parents just starting out, nothing is more challenging than getting their newborn to sleep throughout the night and stick to a routine. If you can sleep for more than a few hours consecutively, you may be wondering how you got so lucky. Or you’re anxiously concerned something is wrong with your infant.

As every parent knows, sleep training your little one is challenging and requires a lot of trial and error mixed with patience. Many resort to books, mommy blogs, and loved ones for guidance and support in hopes of finding an answer to the riddle.

Unfortunately, some recommendations may do more harm than good. Some have received more backlash than others. The Babywise method—a feed-wake-sleep training program for parents—in particular, has experienced much criticism from several pediatricians, hospitals, and parenting experts for its rigid guidelines, warning new moms and dads to proceed with its recommendations with caution.

What is the Babywise Method?

On Being Babywise, better known simply as Babywise, is a book written by husband and wife duo Gary and Anne Marie Ezzo. The Babywise method is a sleep training tool for parents that promises the results of a baby sleeping through the night, which we know is a dream of every new mom and dad. We’ve summarized the basic guidelines of the book below:

Stick to a schedule that’ll be repeated all day long.

Babywise guides parents to feed their little ones about every two-and-a-half to four hours, depending on their age. In comparison to on-demand eating (feeding your baby when they show signs of being hungry), babies on this stricter routine must be fed upon waking, played with after feeding, and then put back to sleep. They will repeat the process in that same order all day long. This approach is called the “eat, wake, sleep” and is encouraged for newborns and infants up to 6 months old.

Set a wake-up time and bedtime.

To help set your baby’s internal clock, the book advises that moms and dads should create a wake and sleep schedule. The most commonly followed regimen is a 7 a.m. wake and a 7 p.m. bedtime.

The authors also add that babies should take a full feed and fill their stomachs for a more extended period. They believe this ensures a longer and more comfortable sleep. According to the Ezzos, infants on this strict regimen should sleep throughout the night from an early age, typically around eight to 12 weeks old.

Wake up your little one to eat.

Babywise further recommends that babies be woken up to eat to help them stick to the specified schedule. It also suggests that parents allow for enough feedings to be given throughout the day. The attached parenting style, a philosophy that promotes constant physical closeness and responsiveness to their newborn, advises parents to feed their babies on cue instead.

To help your bundle of joy sleep through the night, it’s important to make them feel comfortable, the book says. You can close the blinds or curtains and dim the lights. Use a small white noise machine to block out any sounds that could awaken them. It’s important to keep to the ritual before each sleep, no matter if it’s a nap.

Another tactic to help your newborn sleep better is to make use of a swaddle. This prevents the Moro reflex (or startle reflex) from occurring. This reflex causes babies to feel like they’re falling while asleep, thus creating them to make jerk movements out of fear. As a result, the sudden gestures can startle them awake. With a swaddle, however, their movements will be confined, and they can stay asleep.

Why is Babywise Controversial?

The Babywise program has received backlash and harsh criticism from pediatricians and parents who believe the “Parent Directed Feeding” guidelines, as the book refers to it, can place infants at higher risk of malnutrition, emotional disorders, and failure to thrive.

In 1998, the American Academy of Pediatrics (AAP) also warned parents against the book’s recommendations. They stated that it could lead to dehydration, delayed development, lack of weight gain, impaired growth, and involuntary early weaning in infants. The AAP further added that the advice could lead to a lack of milk supply in mothers.

Another primary concern of the AAP is the Ezzos’ advice to feed infants based on a parents’ self-made schedule rather than when they are showing signs of hunger. In the AAP’s 1994 parenting guide, Caring for Your Baby and Young Child: Birth to Age 5, which over 70 doctors co-authored, parents are advised to feed baby’s based on the schedule the infant “designs himself.” The book states, “Your baby lets you know when he’s hungry. Whenever possible, use (your baby’s signals) rather than the clock to decide when to nurse him.”

The AAP further added, “scheduled feedings designed by parents may put babies at risk for poor weight gain and dehydration.” Instead, they suggest parents should nurse newborns at least once every two to three hours or whenever they show signs of hunger, such as mouthing, rooting, or an increase in alertness and activity.

There are many professional and personal perspectives on feeding and sleep training. Remember to follow your baby’s routine and cues. And always use books and other resources as a guide rather than a requirement. 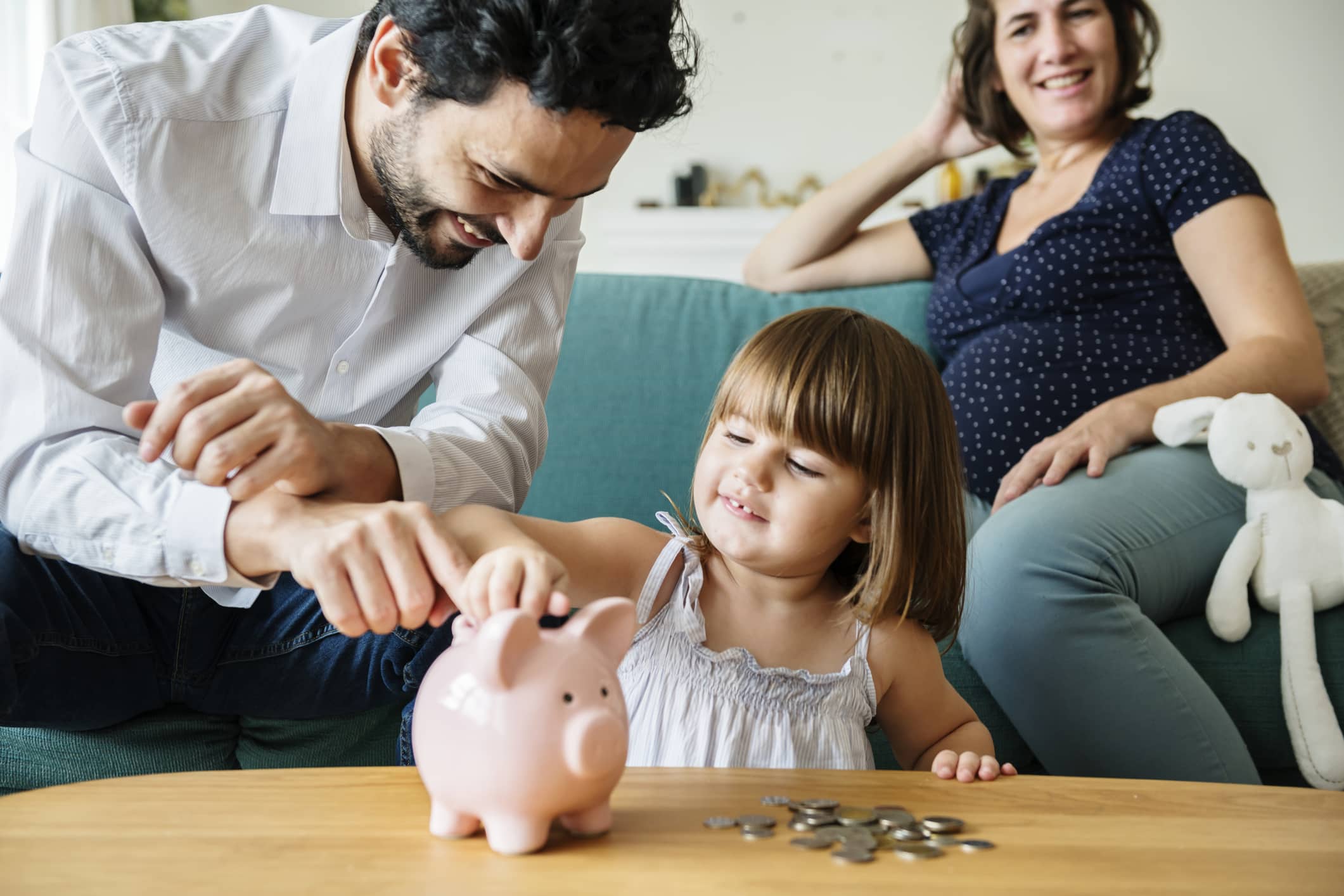 Money Habits to Start Today With Your Family

April 6, 2022
Comments Off on Money Habits to Start Today With Your Family

Boy Has Significant Injuries After Falling on Movie World Ride January 18, 2022
Comments Off on Dragonfruit, Strawberry and Mango Yoghurt Smoothie 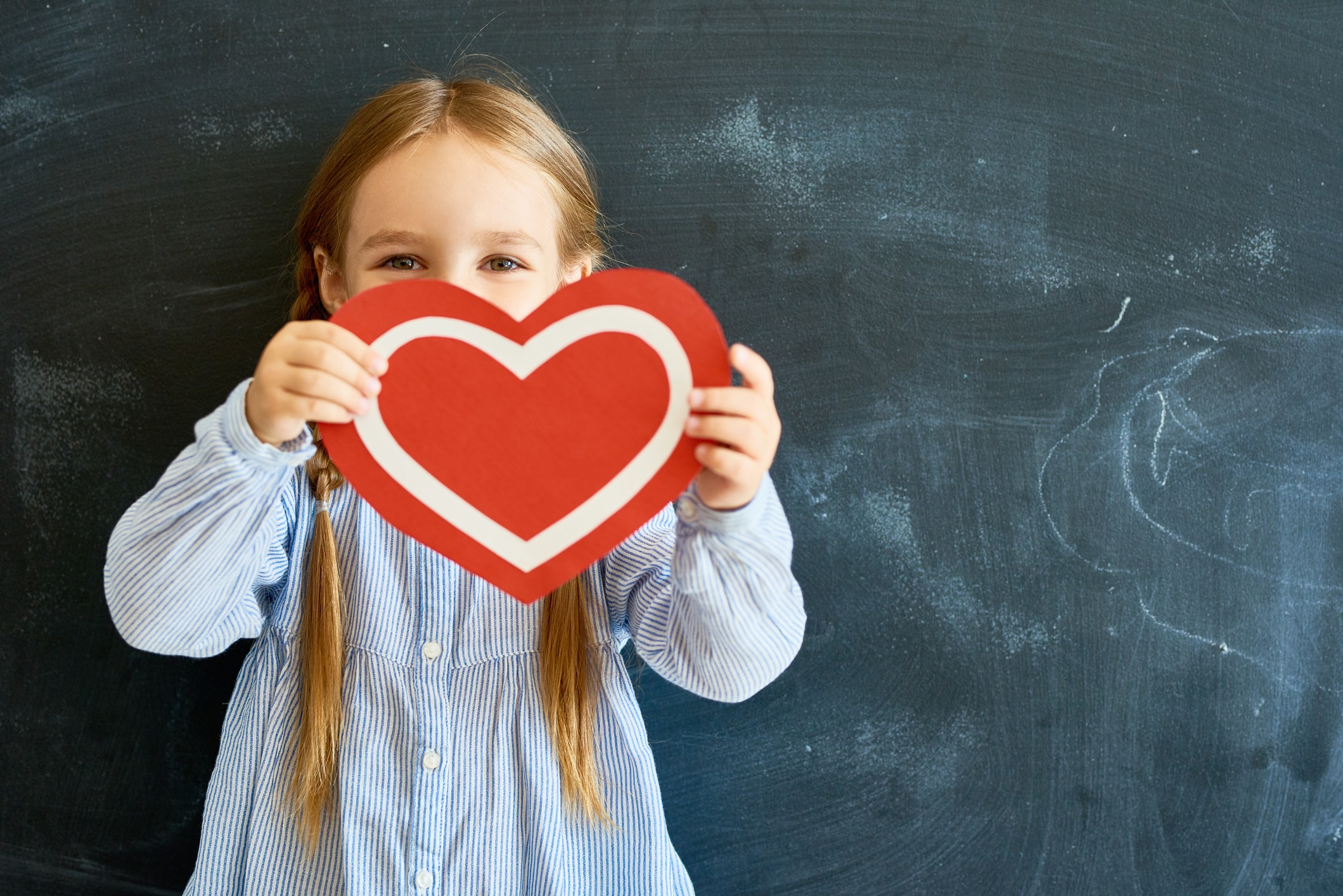 February 1, 2022
Comments Off on Best Children’s Books for Valentine’s Day 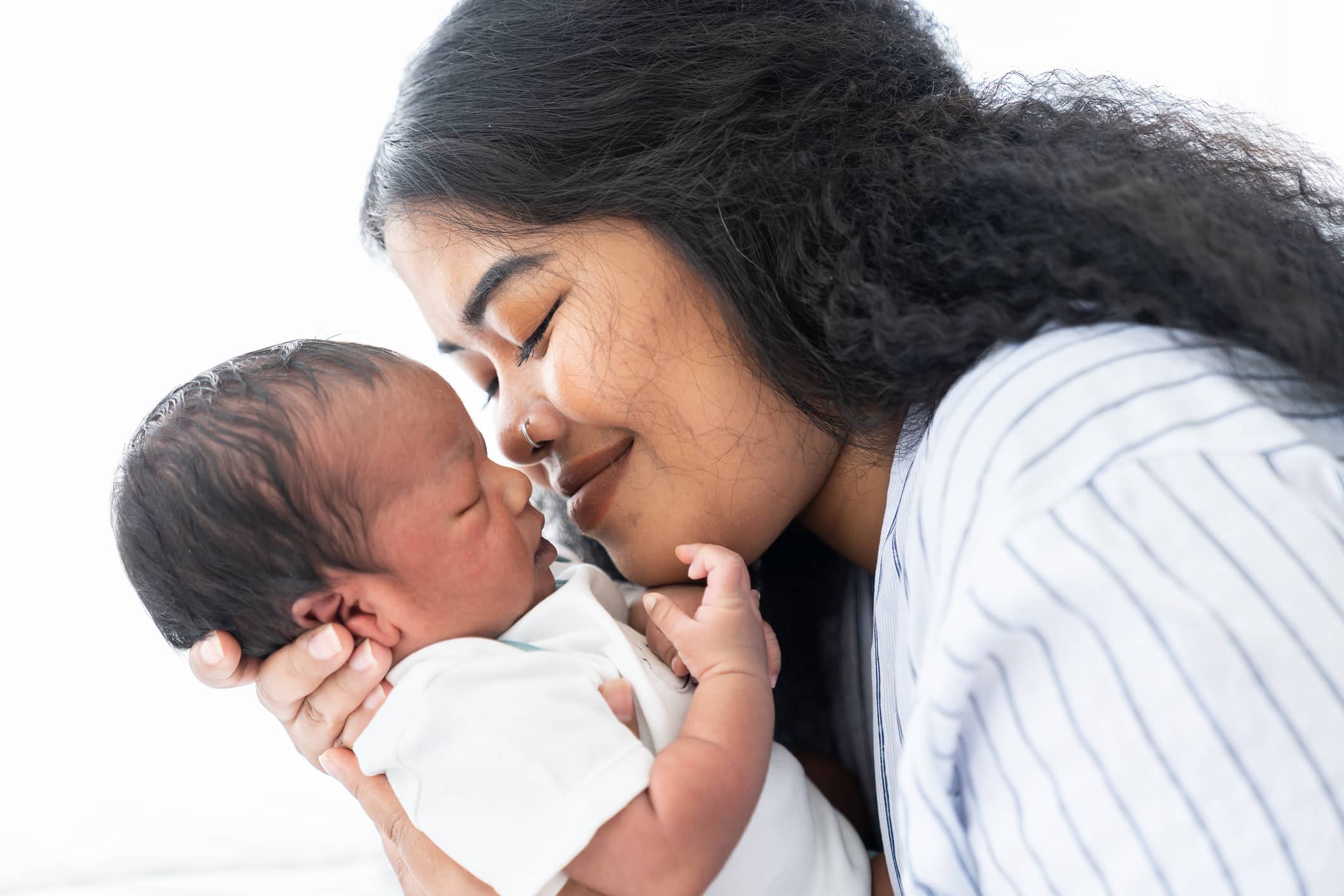 How Much Does It Cost to Have a Baby?

September 27, 2021
Comments Off on The Benefits of Homeopathy – Healthy Moms Magazine 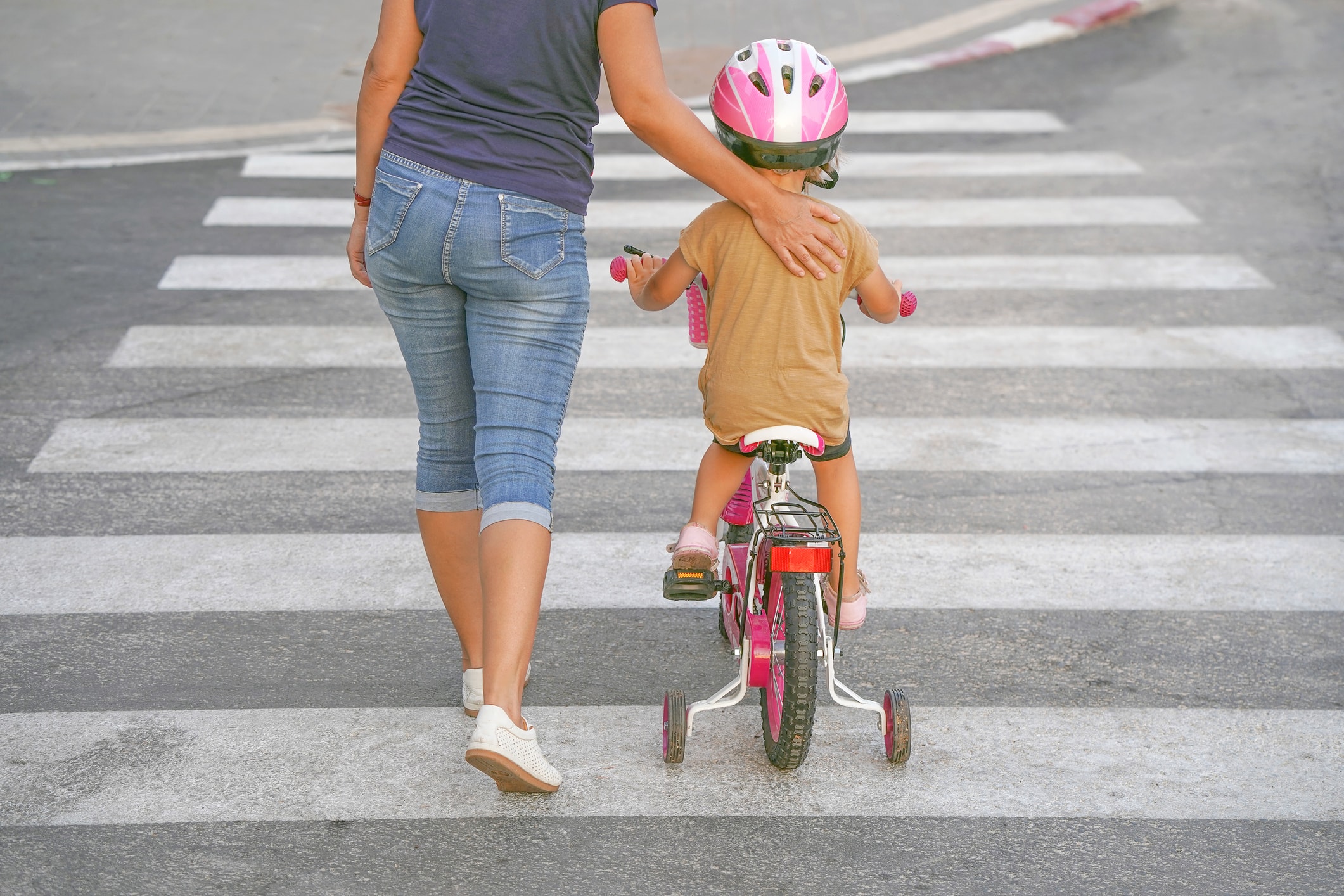 12 Safety Rules Every Child Should Know

April 28, 2022
Comments Off on 12 Safety Rules Every Child Should Know 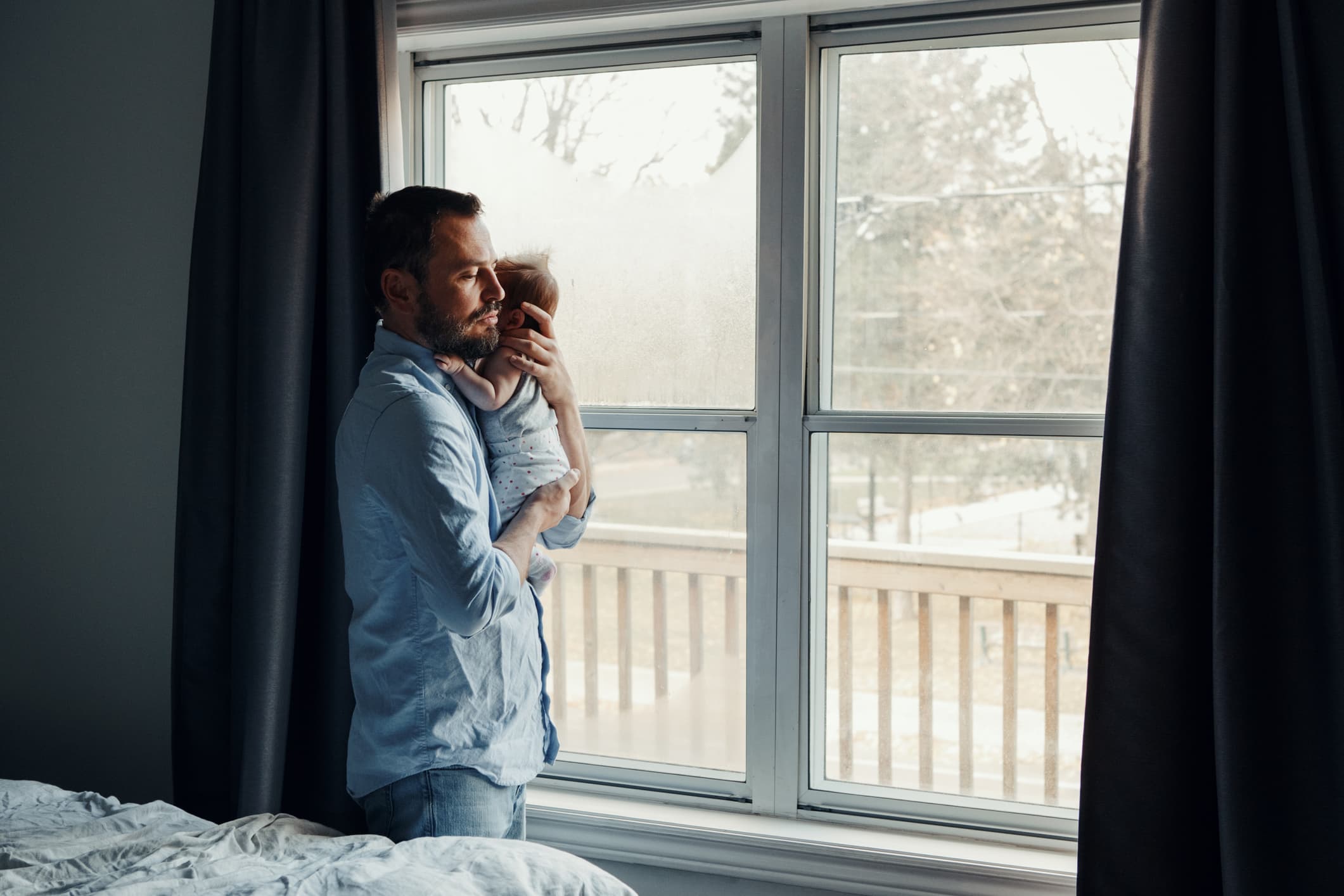 Postpartum Depression in Men: Is It a Thing?

March 24, 2022
Comments Off on Postpartum Depression in Men: Is It a Thing?