Abortion-rights demonstrators yell as they walk down Constitution Avenue during the Bans Off Our Bodies March in Washington, D.C. 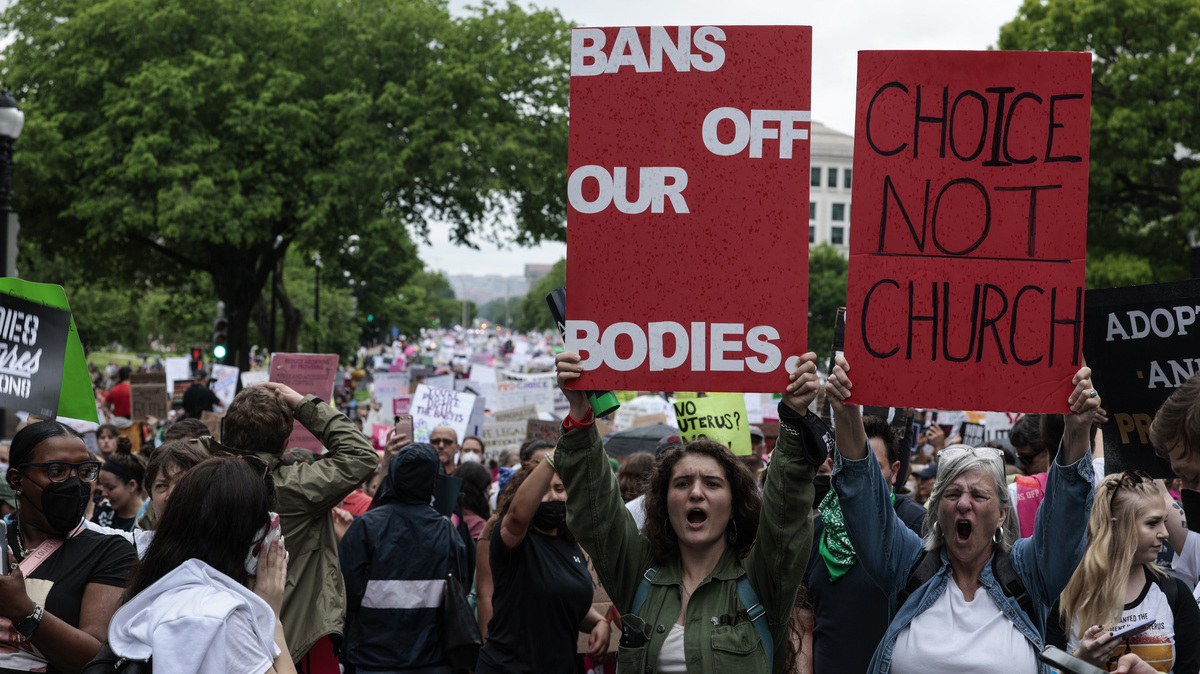 Abortion-rights demonstrators yell as they walk down Constitution Avenue during the Bans Off Our Bodies March in Washington, D.C.

In states across the country, long before the Supreme Court overturned Roe v. Wade, pregnant people were already being criminally charged, convicted, and imprisoned for loss of pregnancy. Advocates for reproductive rights say this is because laws created to protect pregnant people from violence and abuse are being used to prosecute people whose pregnancies end prematurely.

We speak with Dana Sussman of National Advocates for Pregnant Women about how the prosecution of pregnancy loss could look in the country’s new, post-Roe era. The organization documents and provides legal defenses in cases involving pregnant people charged with pregnancy-related crimes.

In participating regions, you’ll also hear a local news segment to help you make sense of what’s going on in your community.

This episode was produced by Tyler Bartlam. It was edited by Jeanette Woods. Our executive producer is Natalie Winston.