A couple who had previously suffered three heartbreaking miscarriages were thrilled to finally welcome twins after spending over £82,000 on IVF.

For the past six years, Amy and Gary O’Keefe had been trying for a baby, but their attempts only resulted in three miscarriages and nine failed IVF attempts.

The Irish parents were about to give up hope when, finally, their tenth round of IVF was successful, and they welcomed twins Maisie and Jared.

Amy and Gary spent over £82,000 on IVF treatment. Credit: Caters

“Gary and I are both teachers, we absolutely love kids and couldn’t wait to start a family of our own,” explained new mum Amy.

“We have been together 11 years and been married for six. We started trying for a baby after we got married, and fell pregnant during our honeymoon which sadly ended in our first miscarriage.

“We’d fallen pregnant easily, so we didn’t expect we would have any issues in the future, but after 14 months of trying again, we had no joy.”

When the first miscarriage left Amy and Gary questioning their fertility, they both went through extensive testing to determine the cause of their problem, but, Amy said: “We never received an official diagnosis and our struggles were put down to unexplained infertility.”

Amy got pregnant two more times in October 2018 and January 2020, but both sadly ended in miscarriages.

“It was devastating going through the same thing over and over again,” admitted Amy. 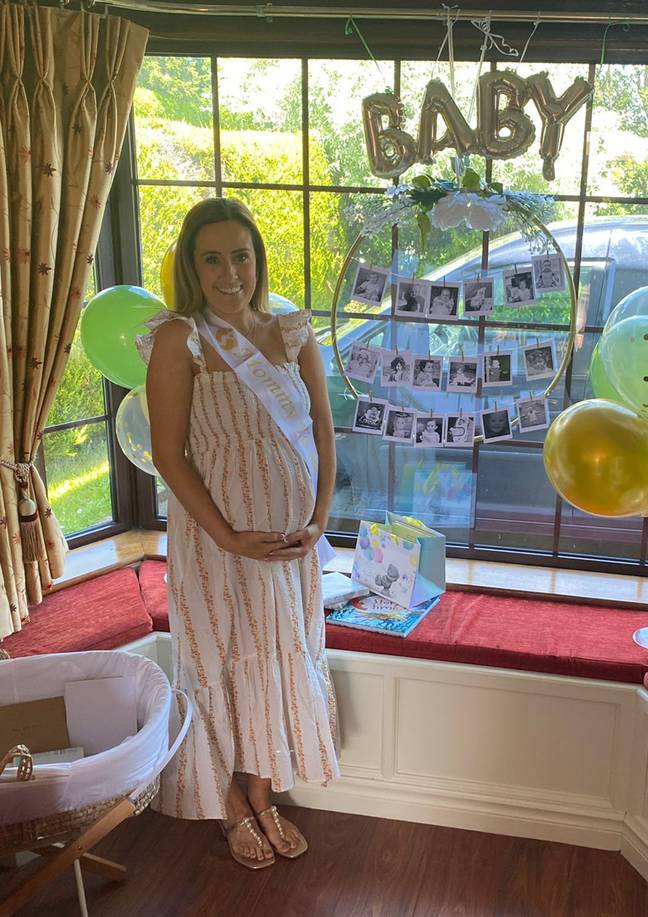 “We were both working extra on the side of our jobs to fund the IVF. It became part of our household budget,” recalled Amy.

“Sometimes we’d have to delay cycles while we saved up the money to pay for it.”

She admitted that she and Gary were ‘almost making peace with the idea that maybe we just wouldn’t be able to have children of our own’.

But, within a week of their tenth embryo transfer, Amy had fallen pregnant.

When they took their first scan, just five days before Christmas last year, the couple were admittedly terrified that there was more bad news in store for them.

However, not only did nurses confirm they were pregnant, but that they were having twins too.

“When we saw the two babies, there were lots of tears. We were both crying and so was the nurse, as I think she was so scared she was going to have to break some bad news to us before Christmas. 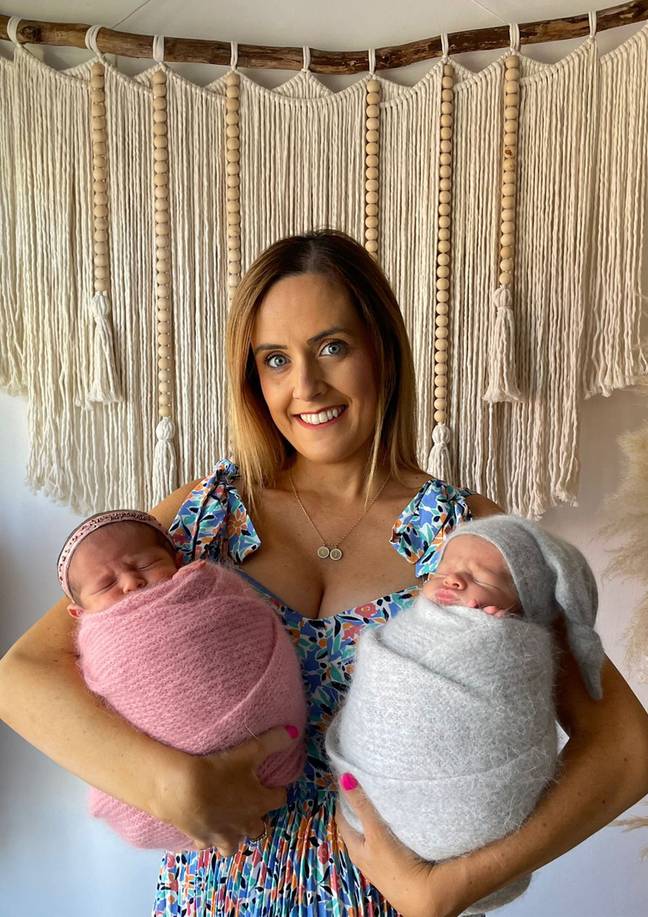 The pair were in shock when they found out they were having twins. Credit: Caters

“It was so unexpected because the odds were against us.

“Our families were overjoyed when we told them. I think they felt a huge sense of relief after five years of bad news, and if it was ever good news it turned to bad news.”

For most of her pregnancy, Amy was ‘terrified to have too much baby stuff in the house’ in case something went wrong.

But, in the end, everything went smoothly and she delivered babies Maisie and Jacob naturally on 22 July and 23 July.

“We took our babies home three days later and it was the best feeling in the world. We finally got our happy ending after all this time.

“The twins are two little fighters. They are thriving and certainly living up to their star signs.

“We couldn’t be happier.”