Thank you for signing up for The Nation’s weekly newsletter.

Thank you for signing up. For more from The Nation, check out our latest issue.

The Nation is reader supported: Chip in $10 or more to help us continue to write about the issues that matter.

Did you know you can support The Nation by drinking wine?

The organization National Advocates for Pregnant Women has defended the rights of pregnant and parenting people for more than two decades, providing legal services for individuals who have been criminalized as a result of pregnancy, including for a stillbirth, miscarriage, or abortion. Typically, the nonprofit’s clients are women who are disproportionately targeted by surveillance—women who are low-income, of color, and those who use drugs or alcohol. On June 23, NAPW released a toolkit titled “Confronting Pregnancy Criminalization,” a guide for law enforcement officials, defense attorneys, medical examiners, hospital staff, and legislators—all professionals who make decisions that can lead to a criminal investigation—on how to minimize this harm. The next day, the Supreme Court announced its decision in Dobbs, revoking the constitutional right to abortion. With Roe overturned, there will be even more opportunities for the state to scrutinize pregnancy outcomes. Afsha Malik, NAPW’s research and program associate, is a coauthor of the report.1

DM: Why did NAPW create this guide now? 3

AM: In 2013, we published a report that documented that from 1973 [the year Roe was decided] to 2005, there were 413 cases where pregnancy was an element of a crime. This last year, we found that from 2006 to 2020, there have been 1,300-plus cases related to pregnancy criminalization. So, in less than half the time, there has been triple the amount of arrests based on one’s pregnancy status.4

We know that we’re going to see more examples of pregnant people being criminalized for behavior that may be [seen as] justified for the general public, like using substances. [Other] cases that we’ve seen are going to accelerate, like [investigations for] falling down the stairs, having a home birth, not seeking prenatal care, having HIV, having a self-induced abortion, and experiencing a pregnancy loss.5

DM: People are showing more interest in learning how to induce their own abortion outside of a medical setting. Will self-managed abortion increase people’s exposure to law enforcement? 6 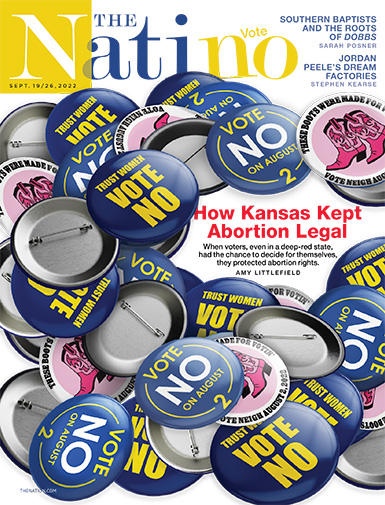 AM: Even with Roe on the books, there have been cases of criminalization based on self-managed abortion. Three states have unconstitutional laws prohibiting self-managed abortions: Oklahoma, South Carolina, and Nevada. Miscarriage is typically medically indistinguishable from a self-managed abortion, so miscarriages will become even more suspect in the eye of the state, especially when they’re experienced by members of heavily surveilled communities. While a person may be grieving their loss, they can get pulled into jail because of suspicion that they may have attempted to self-manage an abortion. Saying “I’m experiencing a miscarriage” won’t always protect a pregnant person, but it can be a start.7

DM: What are some specific pieces of advice that you offer professionals? 8

AM: With medical examiners, one of the biggest takeaways is to understand that fetal death reports may be used against bereaved mothers to criminalize pregnancy loss. A postmortem report listing maternal substance use as a cause or contributing factor in a fetal death could be used against a mother in a criminal prosecution. They should take extra care in drafting a report and applying the highest standard of evidence. It’s important that everyone knows that medical research does not support a finding of a direct causal relationship between prenatal exposure to criminalized drugs and miscarriage or stillbirth.9

A lot of the guidance we give is to recognize the deep systemic biases associated with substance use in pregnancy and to counter those biases.10

DM: Do you worry that women will be less likely to seek out medical care if talking with a medical professional could put them at risk of arrest? 11

AM: People are already afraid of what they can say to their medical provider because it can be used against them. That creates distrust, and that also creates an increased level of risk to the health of that person. The medical setting and these professionals will increasingly become arms of the state.12