Children are not at risk for more severe COVID-19 disease with Delta compared to earlier severe acute respiratory syndrome coronavirus 2 (SARS-CoV-2) variants, finds a new medRxiv* preprint study. In the first large-scale epidemiological study comparing SARS-CoV-2 infection between variants in children, researchers found children were more likely to be as sick from Delta as they would be if they were infected with the Alpha variant.

The study may help inform if children are in urgent need of vaccinations. “Our study adds quantitative information around the manifestation of infection due to the Delta variant in children, which will contribute to the ongoing debate regarding the role of vaccination in children, particularly for younger children,” concluded the research team.

How they did it

Emma L. Duncan of King’s College London in the United Kingdom and her team compared the severity of symptomatic COVID-19 infections in children between 5 and 17. The study took place between December 28, 2020 (when Alpha was dominant) and July 8, 2021 (when Delta was dominant).

The researchers assessed the differences in symptoms, how long symptoms lasted, and the severity of symptoms. They also measured how many children required hospital admittance and how many remained infected after 28 days.

Children tended to recover from COVID-19 symptoms in less than a week, regardless of variant

Illness profiles were similar between children infected with Alpha or Delta.

Overall, 5 younger and 22 older children took more than 28 days to recover from COVID-19 illness. No new symptoms arose in children who experienced a more prolonged infection. 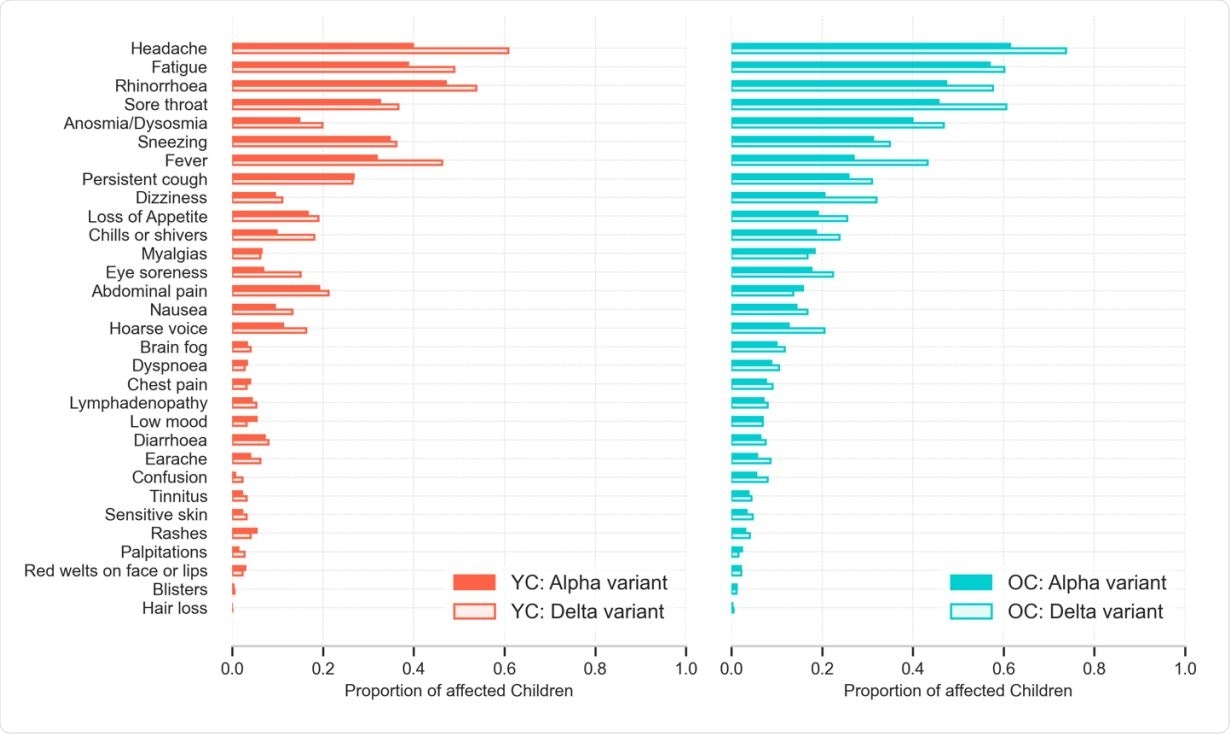 Prevalence of symptoms reported over the course of illness (to 28 days) in younger (5–11 years) and older (12–17 years) children with COVID-19 during periods of SARS-CoV-2 Alpha or Delta variant predominance.

Younger children infected with Alpha experienced blisters that lasted the longest than other COVID-19 symptoms. However, the chances of developing blisters were extremely low, about 1%.

Younger children reported similar symptoms with either variant including, a runny nose, headache, and fatigue. 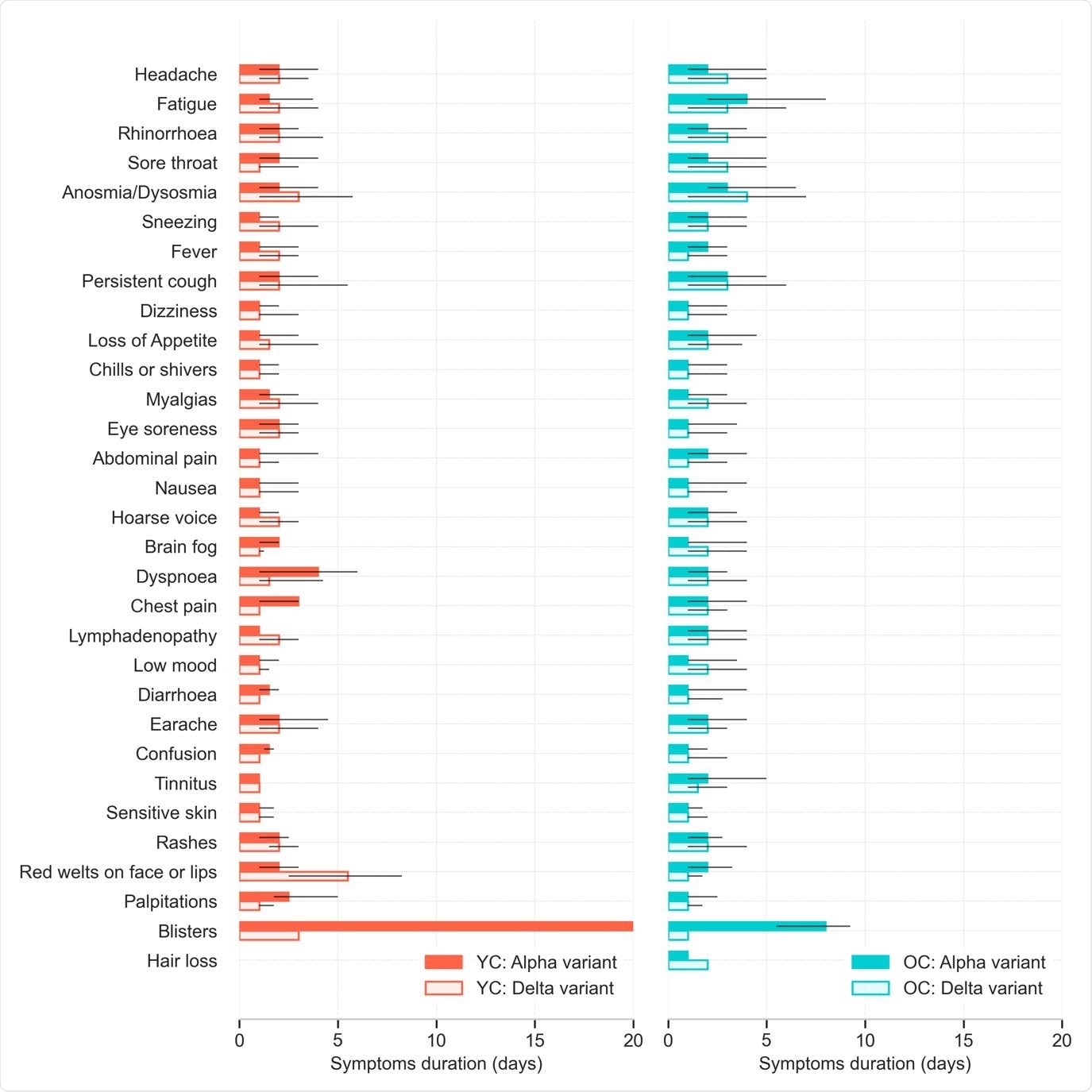 Median duration and IQR of each symptom reported over the course of illness in younger (5–11 years) and older (12–17 years) children with COVID- 19, whose illness lasted <28 days, during periods of SARS-CoV-2 Alpha or Delta variant predominance.

Only a few children required hospitalization with either variant.

About 2.2% of younger children and 1.9% of older children infected with Alpha presented at the hospital.

In the Delta group, 3.5% of younger children and 1.7% of older children were hospitalized.

The research team notes that school disruptions from lockdown may have affected school and school bus exposure rates. Additionally, their data may have been affected by lifting the United Kingdom’s national lockdown on March 29, 2021.

The end of lockdown altered the prevalence of SARS-CoV-2 and other respiratory viruses, with an increase in flu rather than SARS-CoV-2 being reported at the start of the school year. Seasonal differences may also influence the circulation of respiratory viruses such as seasonal allergic rhinitis that may present with similar symptoms.

Consequently, a lack of simultaneous testing suggests a possibility of coinfection from other respiratory viruses.