Health Secretary Sajid Javid has said it “doesn’t make any sense” for male patients to be asked if they are pregnant before a scan.

It comes after a report said that patients at some NHS trusts in England, prior to having an X-ray or MRI scan, were being asked if they were expecting a baby regardless of gender identity.

This was to ensure it was safe to proceed, given the harm that radiation can pose to unborn children, according to the newspaper report.

Mr Javid said: “On a personal level I can’t think of why you would ask anyone that’s a biological male if they are pregnant or have been pregnant.

Image:
Sajid Javid said: ‘If there is some kind of clinical reason for an NHS hospital to do that then that’s a decision for them’

“If there is some kind of clinical reason for an NHS hospital to do that then that’s a decision for them.”

Labour’s shadow chancellor Rachel Reeves, who was asked to comment on the question of whether everyone should be asked if they are pregnant, earlier told Sky News: “I don’t think that most men are asked that question… That sounds a little bit odd to me.”

Politicians have come under scrutiny over their attitudes to gender identity issues over recent days with Labour’s front bench particularly in the spotlight.

Meanwhile, Tory MP Jamie Wallis has won praise for his bravery across the political spectrum after this week coming out as trans – hours after attending a dinner at which prime minister Boris Johnson reportedly joked about trans issues.

Ms Reeves said “biological characteristics” were what defined most women but also would not want to exclude people who are born a different gender and go through a gender recognition process from living “the live they choose”.

She added that it was also important to ensure that there are “single sex spaces in prisons, in refuges and in sport, which is obviously an issue of topical debate at the moment”. 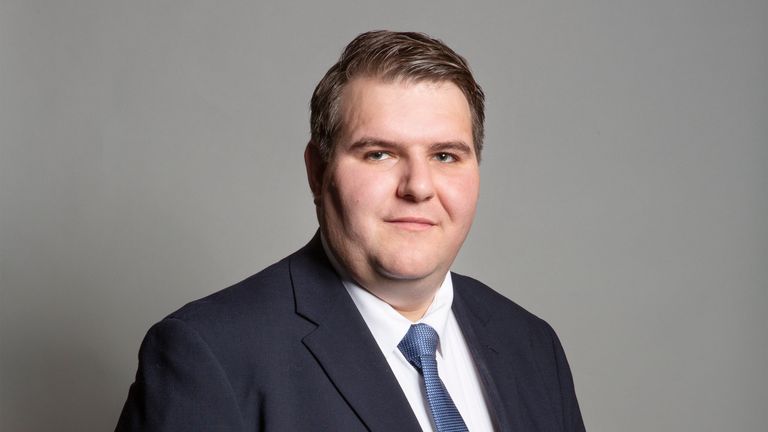 Ms Reeves added: “It is something that we are all having to grapple with – these weren’t things that were being debated even when I became an MP 12 years ago.”

Labour leader Sir Keir Starmer took a similar line in an interview at the launch of the party’s election campaign in Bury.

He said that “for the vast majority of women, what matters is biology” but added that, regarding those who are born into a gender they do not identify with: “I don’t want to stand in the way of supporting and respecting those who find themselves in that position.”

In a statement earlier this week on scans, the Department of Health and Social Care told the Telegraph: “Patient safety is paramount, especially when there is a risk that foetuses may be exposed to damaging radiation.

“Therefore, it’s important that all biological females of child-bearing age are screened for potential pregnancy to avoid this risk.”

Sky News has asked the department whether the statement remains current in the light of Mr Javid’s comments.