Soon after enjoying our honeymoon, my husband and I were ready to start trying for a baby. And it didn’t take long! Finding out we were pregnant with twins was a bit of a surprise. But I had told my husband I could sense it was twins in the week running up to an early scan. I was so excited!

My pregnancy progressed as normal as any. Although my morning sickness was awful, everything seemed fine. But as I was having my 16-week scan, the sonographer went quiet and asked me to wait outside while he put the report together. He popped next door with my report in hand to speak with a consultant. I very quickly realized something was wrong.

When the sonographer returned, I was told my twins were very small, and one baby measured smaller than the other. My pregnancy care was transferred to the University College London Hospital and escalated to a high-risk pregnancy. They warned me I could lose them at any moment and to brace myself for a late-stage miscarriage.

I was told my twin babies had intrauterine growth restriction (IUGR) because my placenta wasn’t delivering enough nutrients. Since my twins were identical, the risks were increased because they shared blood vessels in the placenta. Any necessary intervention for one twin affects the entire pregnancy. I couldn’t process what I was hearing. I felt vulnerable beyond what I thought I could ever be. But I tried to stay positive and took each day as it came.

One day, at around 31 weeks pregnant, I noticed that one twin was moving less than usual. But everyone told me to relax and ‘see how things go.’ Late that night, however, I woke in a panic. I just knew something was wrong! We rushed to the hospital to find that my baby’s movements were rapidly reducing. So it was decided I needed to have an emergency C-section that morning. My twin daughters Lily and Amelia were born prematurely at 31+3 weeks. They were born only a minute apart.

I should have been overjoyed when they were born. But that was when the real nightmare started. Lily was born weighing just under three pounds. She didn’t cry on delivery and was rushed off to the stabilization room to be intubated. Amelia was born weighing two pounds and was also immediately taken away from me. I didn’t get to see, touch, smell, or hold them because they had to go straight into intensive care.

The Tiniest Humans I’ve Ever Seen

Eventually, I was shown pictures of Lily and Amelia – it made me feel happy and sad. I was so glad they were here. But it broke my heart to see them so unwell with their tiny faces hidden by oxygen masks. I had just given birth to twins, and I didn’t even know what they properly looked like.

It felt so good to meet them finally. They were too fragile to be held, so I just sat and stared at them. They were the tiniest humans I had ever seen. I knew I needed to be strong and they were who I needed to be strong for. We had a long and difficult three-month Neonatal Intensive Care Unit (NICU) stay before we could be home together as a family. They were so strong and overcame numerous medical obstacles and complications.

I never imagined becoming pregnant so soon after having Lily and Amelia. And I definitely didn’t expect to experience a second premature birth. It was like history repeating itself, and it crushed me.

I thought it would be different the second time. I wanted to experience a full-term pregnancy, give birth, and immediately hold my baby and not leave the hospital with empty arms. We had only left NICU with the twins in October when we found ourselves back there just seven months later when my youngest daughter arrived at 31+6weeks via an emergency C-section.

Ella-Mai was also growth restricted. At our 28-week scan, we noticed that my baby wasn’t growing as she should be. Another scan two weeks later showed that her head had not grown, and her stomach growth had started to tail off. I was ashamed that another baby was experiencing this. I couldn’t process that my body and placenta don’t work as they should. Immense waves of guilt, disappointment, and failure started to consume my thoughts. But I knew I couldn’t let it. My baby needed me, the best version of me! 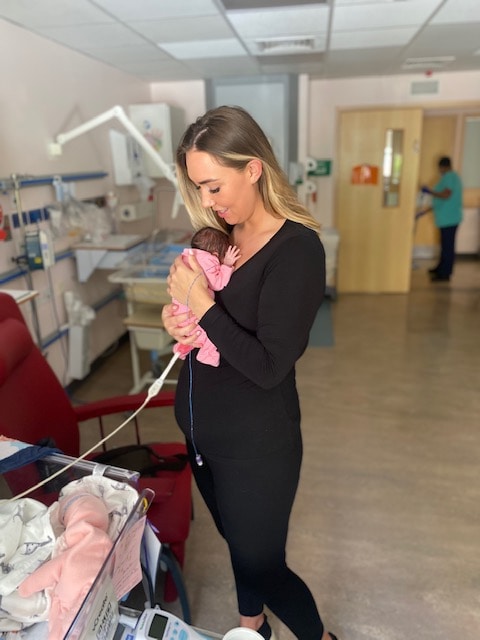 Ella-Mai weighed just under three pounds and spent five weeks in NICU. Like her big sister Amelia, Ella-Mai has a hole in her heart. Amelia had her patent ductus arteriosus (PDA) closed while in NICU. However, Ella-Mai’s remains open as it wasn’t an immediate threat to life. Every three months, we attend heart scans to monitor the hole and see if it has closed. Ella-Mai is now seven months old and has a scan soon. We hope to hear the hole has now closed.

How My Experienced Changed Me

I found strength in my belief that you can only go up when you hit bottom. So I made sure that I knew every detail of their care and was involved at every stage. Although my start to motherhood was a little different, I wanted to be the best mom I could be.

I can now look back on my premature birth experiences and feel motivated to help families going through a similar journey. I use social media to share my experiences and listen to others. Now I feel empowered to help other parents not feel scared or alone.

Premature birth and the NICU are hidden corners of pregnancy that we must discuss more openly. I hope that being transparent about my experience will help others who find themselves there. I hope to help others remember that being a parent is a tremendous blessing, no matter how you get there. 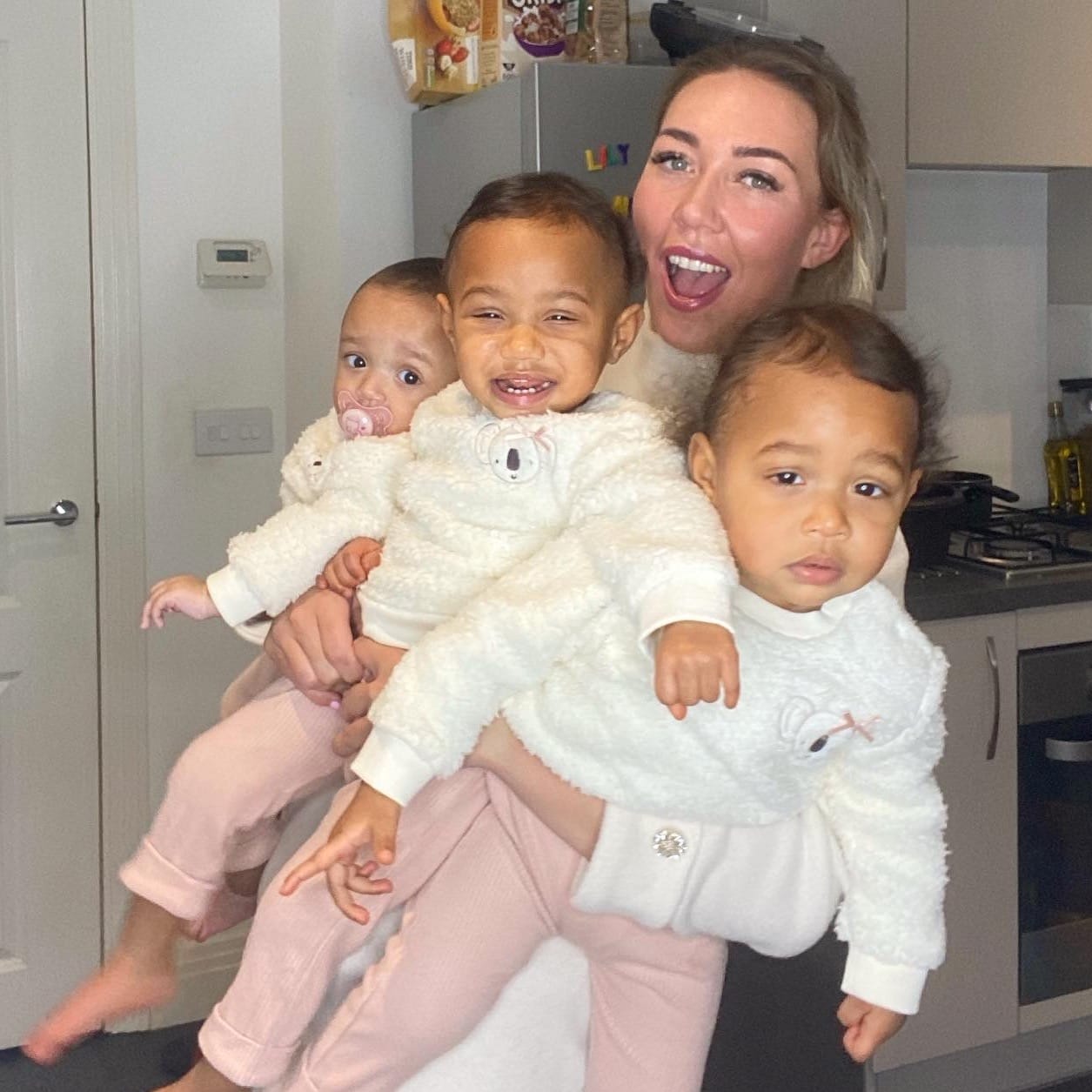