A number of celebrities recently stepped forward with their personal stories of pregnancy loss in an attempt to reach out to other mothers and fathers suffering from the same loss.

For many, 2020 and 2021 came as part of a single package, filled with fear, dread, and complete reinvention. While for others it transformed into a legacy of the children they lost. 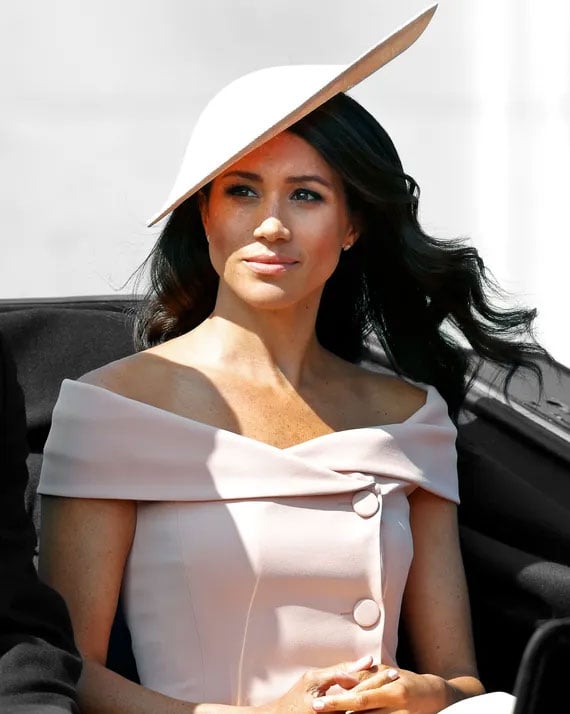 Meghan Markle and Prince Harry are one of the most notable celebrities who opened up about their loss via a note to the New York Times.

The Duchess suffered the harrowing loss back in 2020 and penned a loving note that articulated her pain, as well as the very moment she realized she was “losing my second.”

An extract of her lengthy post read, “After changing [Archie’s] diaper, I felt a sharp cramp. I dropped to the floor with him in my arms, humming a lullaby to keep us both calm, the cheerful tune a stark contrast to my sense that something was not right. I knew, as I clutched my firstborn child, that I was losing my second.”

“In the pain of our loss, my husband and I discovered that in a room of 100 women, 10 to 20 of them will have suffered from miscarriage.”

“Yet despite the staggering commonality of this pain, the conversation remains taboo, riddled with (unwarranted) shame, and perpetuating a cycle of solitary mourning … I realized that the only way to begin to heal is to first ask, “Are you OK?” 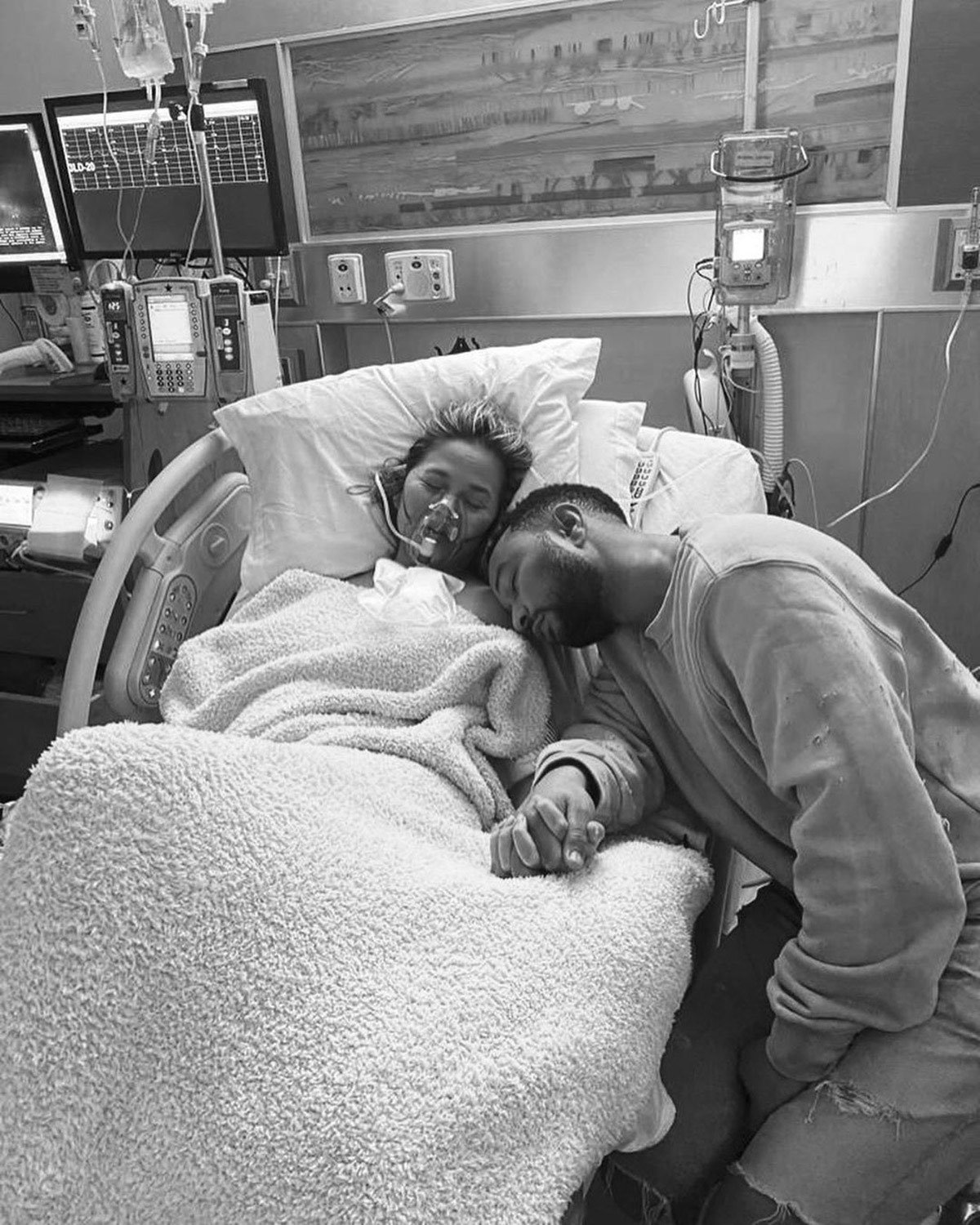 Chrissy Teigen and John Legend also lost their baby boy back in September of 2020 and mourned the loss publically on their Instagram accounts.

Teigen’s post honoring the baby they decided to name “Jack” highlighted her plight and read, “We are shocked and in the kind of deep pain you only hear about, the kind of pain we’ve never felt before.”

“We were never able to stop the bleeding and give our baby the fluids he needed, despite bags and bags of blood transfusions. It just wasn’t enough.”

“We, for some reason, had started to call this little guy in my belly Jack. So he will always be Jack to us. Jack worked so hard to be a part of our little family, and he will be, forever.” 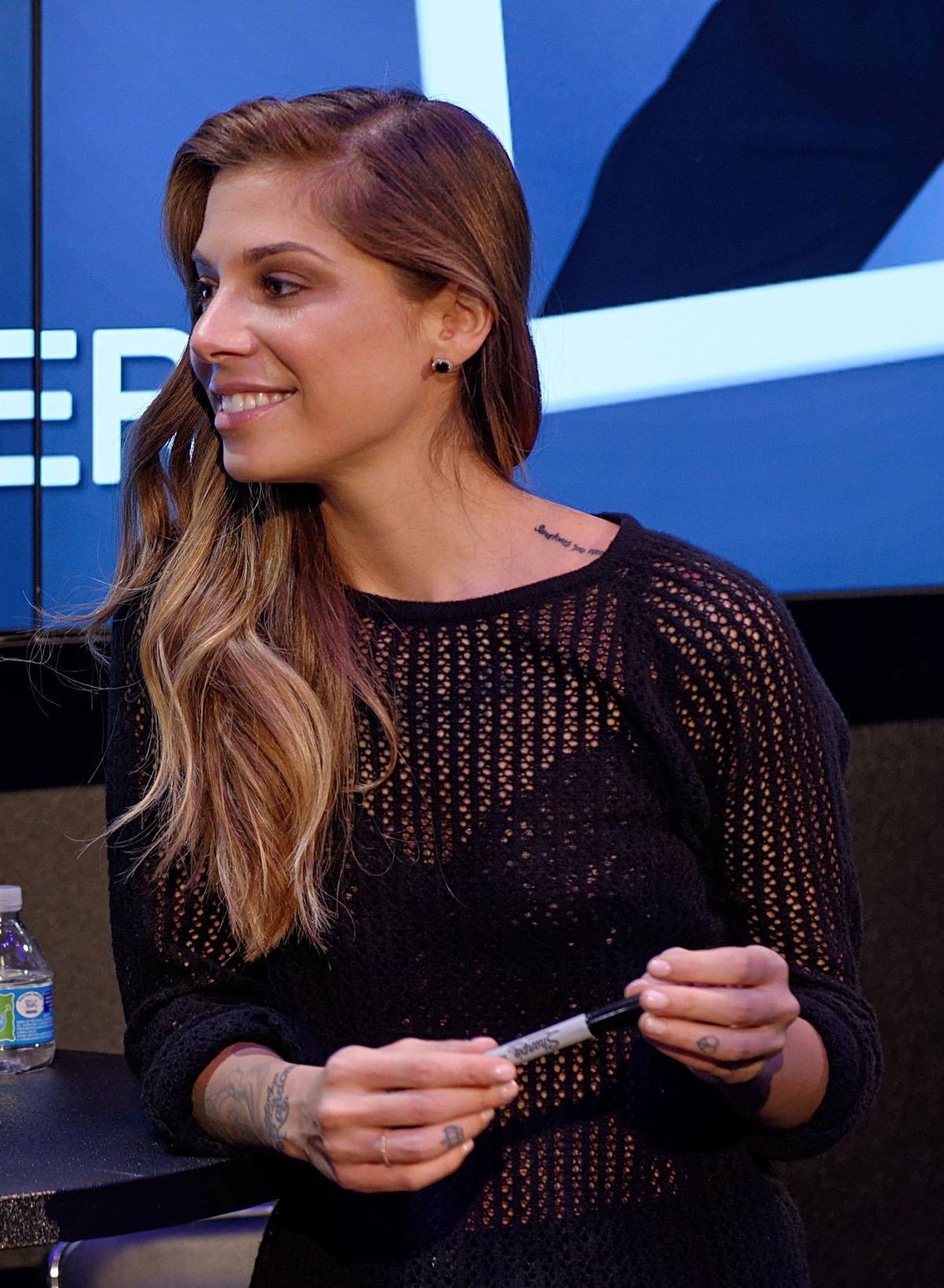 The Thousand Years singer Christina Perri also went through a rather personal loss which she documented on her personal Instagram page, all in an attempt to “help change the story & stigma around miscarriage.”

She shared a post announcing the loss and it read, “Today I had a miscarriage. Baby was 11 weeks old, we are shocked & completely heartbroken.”

Perri’s husband Costabile lost their second daughter Rosie and in her post, she admitted, “I am so sad but not ashamed. … To all the mothers who have been here and who will be here, I see you and I love you.” 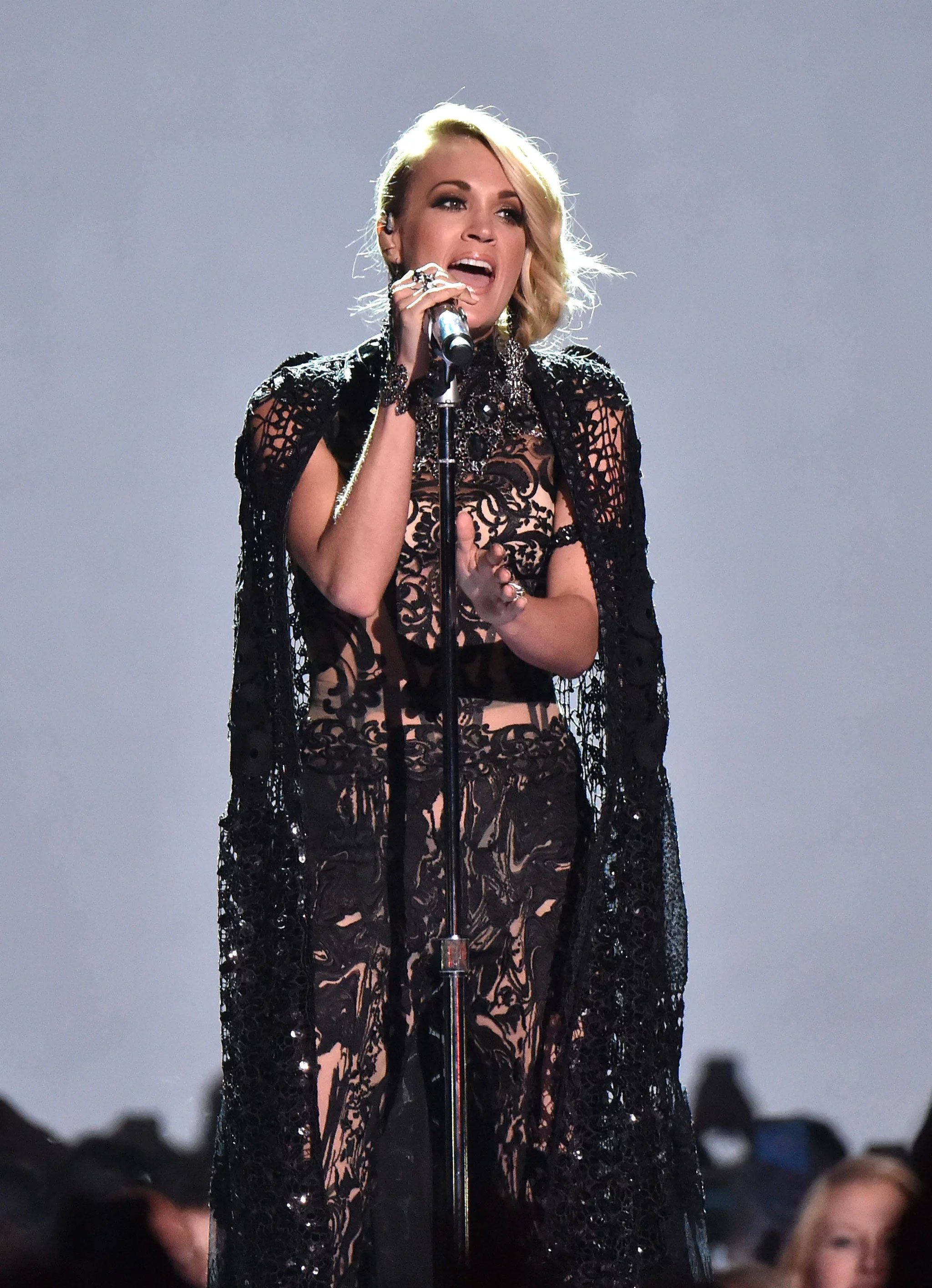 Country singer and songwriter, Carrie Underwood has suffered almost three miscarriages throughout the course of two years and in an interview with CBS Sunday Morning, she addressed the timeline of her pain.

There she explained, “We got pregnant early 2017, and didn’t work out. At that point, it was just kind of like, ‘Okay, like, what’s the deal? What is all of this?'”

Speaking out about her miscarriages left her with a feeling that there was a “weight lifted off my shoulders” and proved to her that “It’s not a dirty secret. It’s something many women go through.” 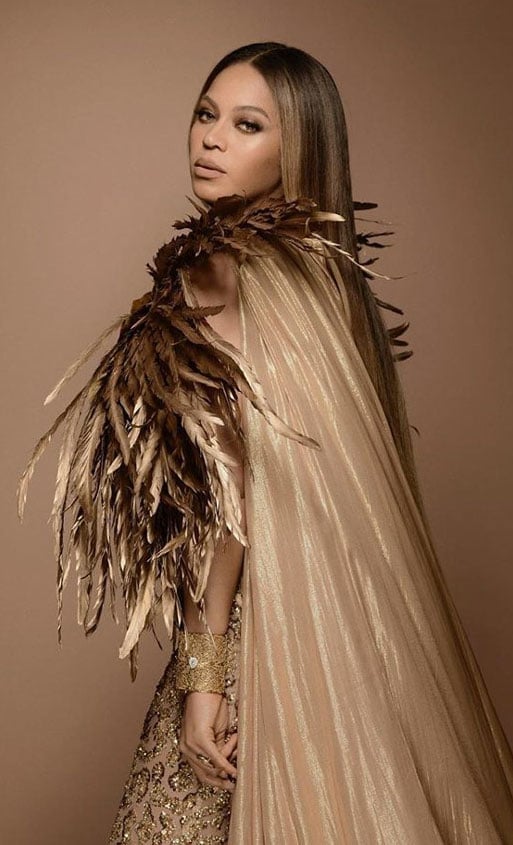 Renowned singer and songwriter Beyoncé felt her entire notion of fame and accolades change after she suffered miscarriage and embraced miscarriage.

She even explained her closeted ordeal during an interview with Elle back in 2020 and admitted, “I began to search for deeper meaning when life began to teach me lessons I didn’t know I needed. Success looks different to me now. I learned that all pain and loss is in fact a gift.”

“Having miscarriages taught me that I had to mother myself before I could be a mother to someone else. Then I had Blue, and the quest for my purpose became so much deeper. I died and was reborn in my relationship, and the quest for self became even stronger.”

“It’s difficult for me to go backwards. Being ‘number one’ was no longer my priority. My true win is creating art and a legacy that will live far beyond me. That’s fulfilling.” 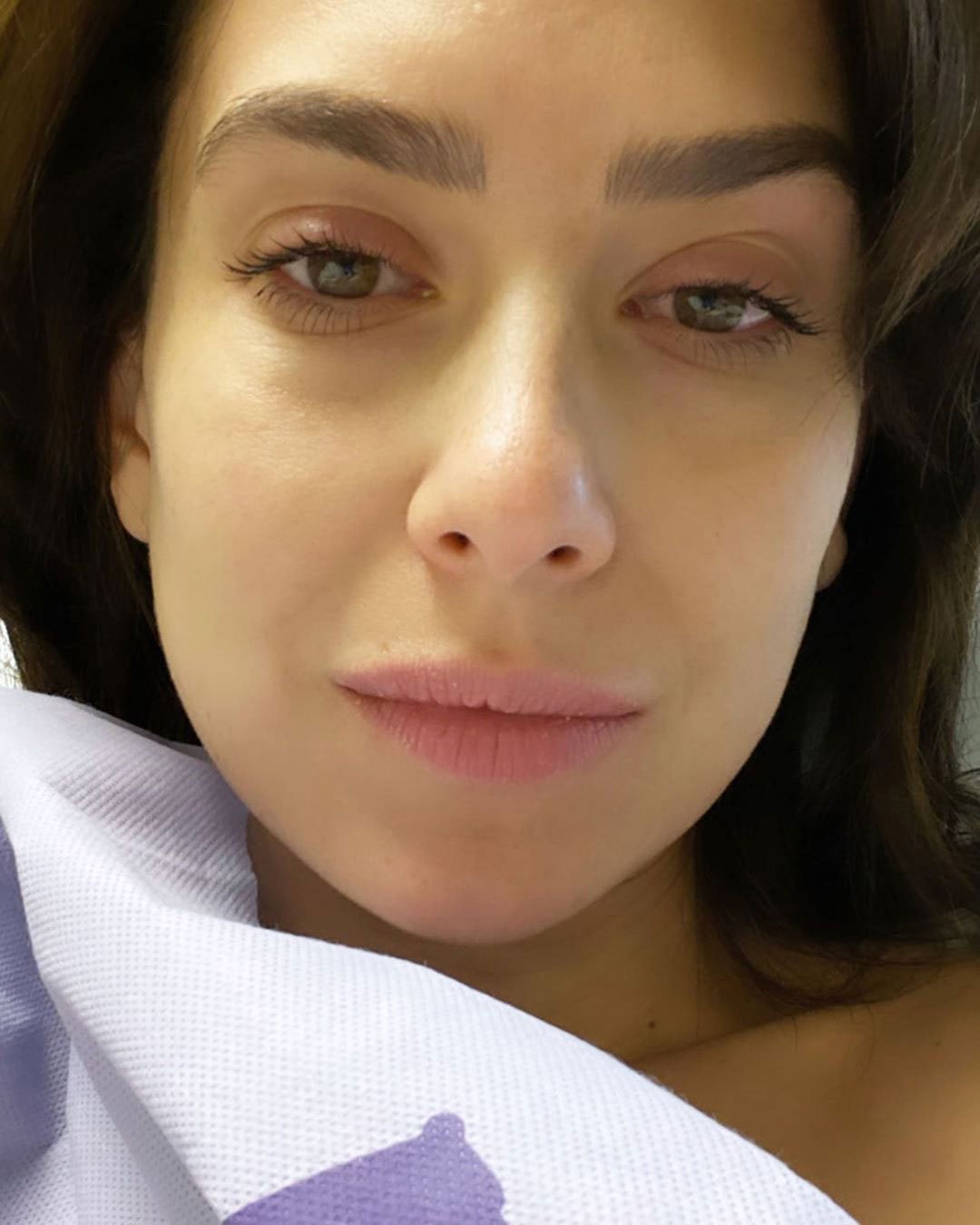 Alec Baldwin’s wife Hilaria Baldwin went through a whirlwind experience back in 2019 when she lost her baby at 20 weeks.

She even announced the news in a candid Instagram update that aimed to be transparent and read, “We are very sad to share that today we learned that our baby passed away at 4 months. We also want you to know that even though we are not ok right now, we will be.” 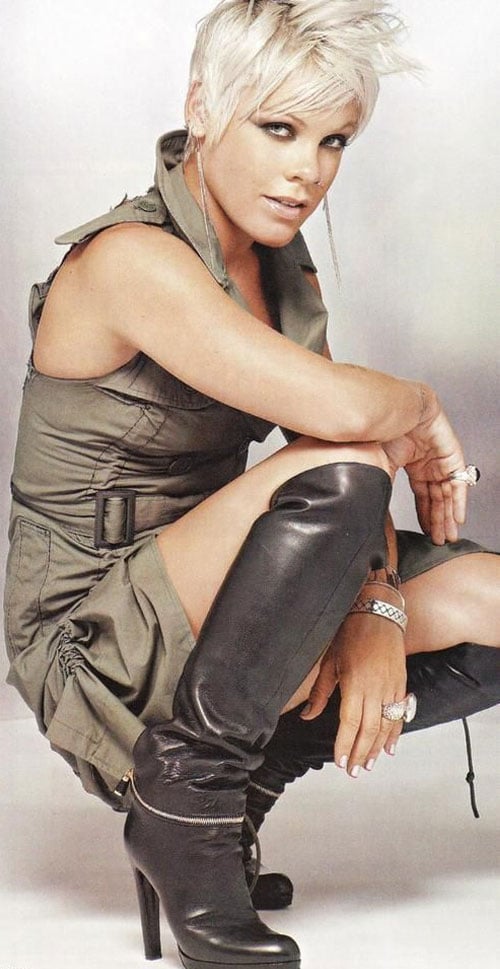 Pink is one of singer that has never shied away from sharing her personal story and has even penned songs to work through her pain.

During a past interview with USA Today she finally addressed the inspiration behind her song Happy and explained that it stems from the loss she experienced earlier in life.

She even told the outlet, “The reason I said [that] is because I’ve always had this very tomboy, very strong gymnast body, but actually at 17 I had a miscarriage. And I was going to have that child.”

“But when that happens to a woman or a young girl, you feel like your body hates you and like your body is broken, and it’s not doing what it’s supposed to do.”

For Pink, “I think it’s important to talk about what you’re ashamed of, who you really are and the painful [expletive]. I’ve always written that way.” 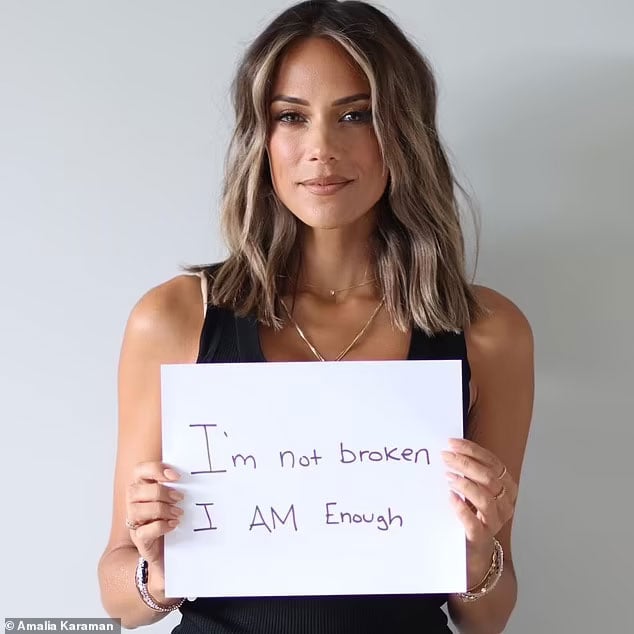 Country singer and lyricist Jana Karmer also struggled after multiple miscarriages and in a lengthy Instagram post she addressed her loss.

The post read, “A year ago today, I got the news that I had yet again another miscarriage. It was after an IVF cycle. The embryo was a boy and it was the last embryo we had.”

“I was devastated. I felt like I failed as a [woman], and as a wife. IVF wasn’t an option again because it’s too expensive so I felt defeated.”

“To all the [women] out there who have suffered miscarriages and [are] still waiting for your rainbow baby, you are not alone. And I know nothing I say will make the yearning or pain any better but if anything know you’re not alone and that I was in the same spot a year ago. I pray you will see your silver lining too.”