When Shirley Manh and Jason Blechta decided they wanted to start having kids, they didn’t expect it would take so long and cost so much.

“We never imagined it would cost anything to conceive a child,” said Manh, 38.

The Ottawa couple estimate they’ve spent $20,000 on fertility treatments over the past year and a half, and they plan to keep trying for as long as it takes.

Luckily, Manh’s fertility medication is covered under both of their workplace drug plans, but the costly procedures aren’t.

“The treatment costs are roughly on par with the actual medication costs — if the treatment cost is $20,000, drugs are $20,000. So it’s still a lot of money out of pocket if you’re not covered,” said Blechta, who has been keeping a tally of their fertility bills.

As the costs climbed, he started advocating for fertility benefits at work, raising the issue at quarterly all-staff meetings over the last year.

“Pretty much every quarterly [meeting], I just raise my hand and ask: ‘What kind of coverage can we start to offer for people going through fertility treatment?'” said Blechta, 38, who works at the Ottawa office of an international fibre-optics company.

Manh and Blechta are hardly alone in their fertility struggles or in their need for better benefits.

Companies are starting to come on board

Roughly one in six couples in Canada experience infertility, a number that the Public Health Agency of Canada says has doubled since the 1980s.

For those who seek help conceiving, the cost of one round of in vitro fertilization (IVF) can cost about $20,000, according to Fertility Matters Canada. Certain provinces offer coverage for IVF, but it’s limited.

The advocacy group commissioned a survey in December 2020, and found that just five per cent of employers in Canada offer coverage for both fertility drugs and procedures. The survey by consulting firm Mapol Inc. assessed the coverage of fertility treatments by looking at 86 Canadian employer benefits plan contracts.

But some of Canada’s largest corporations are now starting to provide coverage for procedures like IVF, thanks to pressure from employees and a competitive labour market.

Tara Wood, president of Conceivable Dreams, says conversations she’s had with leaders of some of Canada’s banks have paid off: Four of the five big banks have recently confirmed expansion of their benefits to include coverage for fertility treatments. (Submitted by Tara Wood)

Tara Wood, president of Conceivable Dreams, has been working alongside Fertility Matters Canada in advocating for affordable fertility treatment for more than five years.

One year ago, she met with leaders of some of Canada’s Big Five banks and walked them through why they should be offering fertility benefits to their staff.

“It’s this perfect storm of the ‘Great Resignation,'” Wood said, referring to an economic trend that began in 2021, in which increasing numbers of workers started quitting their jobs during the COVID-19 pandemic. “I don’t want to say it’s an easy box to check, but it is.”

By adding this benefit they can “walk the talk when it comes to diversity, equity and inclusion,” Wood said.

There are signs that her conversations have paid off: Four of the five big banks have recently confirmed expansion of their benefits to include coverage for fertility treatments.

Bank employee got the ball rolling

Dominic Cole-Morgan, a senior vice-president at Scotiabank, said the idea of offering fertility, surrogacy and adoption benefits came from an employee who contacted their manager, who then contacted him.

“We understood it was a stressful experience for employees, expensive, and also there were diverse ways that families were being created that we needed to support,” he said in an interview with CBC News.

Offering this benefit, which began April 1, could also help the bank, admits Cole-Morgan, by helping to retain and attract staff in a tight labour market. 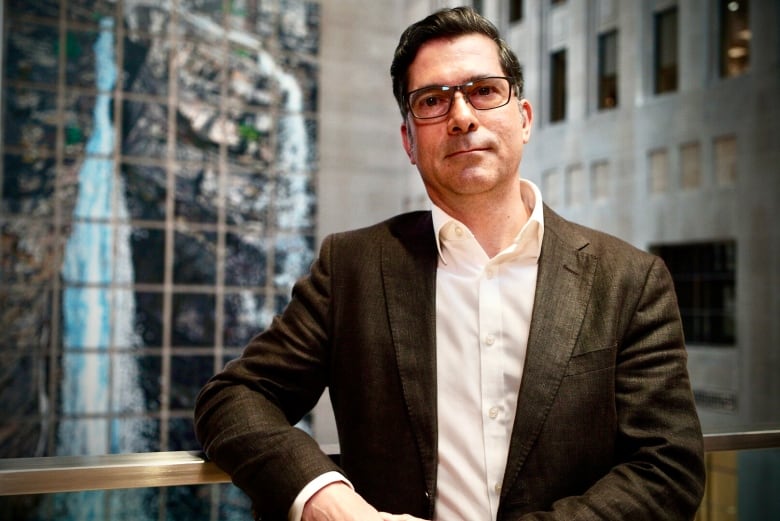 “It’s both,” he said. “It’s obviously important to our employees in terms of engaging them. So, therefore, that’s why it’s a focus for us,” he said.

Wood, who has unsuccessfully gone through fertility treatments herself, said she believes that what Scotiabank and other companies are offering in terms of covering the costs of the procedure is key.

“Oftentimes what we see is employers are only covering drug costs and not the treatment costs,” she said. “If you’re not giving employees part and parcel of both of those buckets, it’s a big letdown.”

Much of the reason why fertility treatments aren’t covered, according to Wood, comes down to insurance carriers and what they offer to companies in their benefit packages.

“We would love to see them make fertility benefits part of basic plans — an opt out rather than an opt in,” she said.

In May 2021, Beneplan, a Canadian health insurance co-operative, changed its standard benefits package for employers to include fertility benefits for new customers.

Current employers can amend their coverage to add fertility benefits without affecting their premiums.

“When companies come to us to request a quote, we will automatically embed that [fertility benefits] in the coverage whether they ask for that or not,” said Yafa Sakkejha, CEO of Beneplan, based in Toronto.

In the world of health insurance, Sakkejha said that fertility benefits are not costly or risky to include because they “are considered non-recurring health claims,” and employees are unlikely to spend money on fertility “every year of their life in perpetuity.”

‘I think everyone should be doing it now’

In October 2020, Sarah Abbott got pregnant after just one round of IVF, and thanks to her workplace benefits, she paid less than $1,500 for everything.

The Halifax mother of 11-month-old twins is a manager at Starbucks and has worked for the company for 17 years.

In late 2018, Abbott and her husband realized they were having trouble conceiving, so she started suggesting in every employee survey that Starbucks should cover fertility treatments.

By October 2019, Starbucks enhanced its fertility benefits to include $25,000 for fertility services, a number that has now gone up to a lifetime maximum of $30,000. 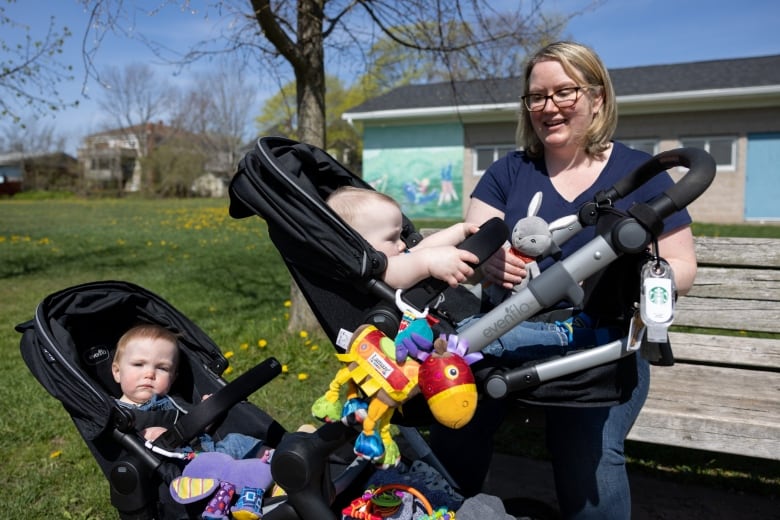 Sarah Abbott, a Halifax mother of 11-month-old twins who’s a manager at Starbucks, says she started suggesting in every employee survey that the company should cover fertility treatments. It enhanced its fertility benefits in October 2019. (Robert Short/CBC)

“I like to think that asking every time for fertility coverage maybe had an impact,” Abbott, 42, said.

Starbucks has recently come under scrutiny for its handling of unionization efforts by employees — allegedly discouraging them from voting yes. Despite this, the company is still seen as an attractive place to work because of its competitive benefits.

“The fact that some of these companies cover it, you know, I think everyone should be doing it now,” Abbott said.

Ideally, advocates like Wood want to see $60,000 worth of coverage in every plan “because that would give you two to three rounds of IVF,” she said.

But at this point, she said that any coverage is moving in the right direction, and she commends the actions taken by people like Abbott and Jason Blechta for putting pressure on their employers.

“Your HR needs to know these are benefits that are important to the employees before they start taking steps to embrace them,” Wood said.

On Wednesday, Shirley Manh and Blechta met with his company’s human resources department to discuss his request for fertility benefits and received a commitment that the company would move forward with proposing coverage for fertility procedures.

“To get, you know, sort of elevated to the VP of HR really shows me that they’re listening to their people,” Manh said. “I feel in a way proud of us, proud of him for initiating a change like this.”

Making the case for fertility benefits

Shirley Manh describes what she told her husband’s employer about why providing fertility benefits should matter.