On the CBC series Heartland, Amber Marshall plays Amy Fleming. She has been playing the character since the TV show premiered in 2007. Throughout season 10 of Heartland, Amy is pregnant with her daughter, Lyndy (Ruby and Emmanuella Spencer). In a recent interview with the Hallmarkies Podcast, Marshall discussed what it was like playing a pregnant woman.

Shaun Johnston and Amber Marshall in ‘Heartland’ | Courtesy of CBC.

Amy reveals to her husband Ty Borden (Graham Wardle) that she is pregnant at the end of the show’s ninth season. Most of season 10 of Heartland shows Amy pregnant, and she gives birth to Lyndy in the season finale.

On the Hallmarkies Podcast, Marshall was asked about the pregnancy storyline on Heartland.

“I wouldn’t say fun because it was very hot. And I wore a very thick prosthetic, like silicone suit. Fun would not be a word I would use,” Marshall admitted. 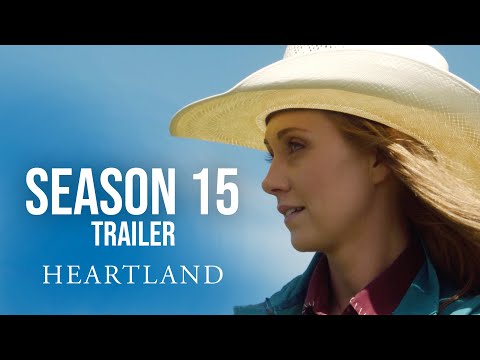 What Amber Marshall took away from the acting experience

It’s no secret that Marshall is a lot like Amy. Like her character, Marshall loves animals and horses, and she lives on her own farm.

However, because Marshall has not experienced being pregnant in real life, playing Amy’s pregnancy storyline proved to be a new challenge.

“It was really great because it was one of those things where I had to play morning sickness and stuff that I’d never experienced. So it was things that I would, I’d talk to Michelle (Morgan) or I would talk to different people and be like, ‘So like, what does this mean? What is a Braxton Hicks contraction?’ All of these different things,” Marshall said on the Hallmarkies Podcast.

She continued, “‘Cause on the show, I usually am pretty trained at any of the horse stories and things that I have, I’ve sort of done them before?’”

On the podcast, Marshall compared Amy’s pregnancy storyline to the time in season 7 when Amy was temporarily blind.

“Things like playing blind, or doing things that are totally outside of my comfort zone are like ‘OK, so now I have to go and talk with people that have these experiences so that I can make it as real as I can,’” Marshall said. 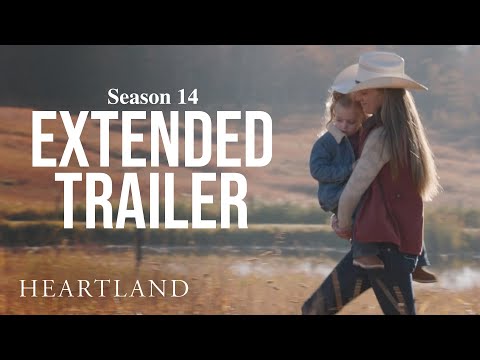 On Heartland, Amy lives on her family’s ranch Heartland Ranch with Lyndy and her extended family. Wardle played Amy’s husband Ty until he decided to leave the show. After Wardle departed from the role, Ty died from complications of a gunshot wound at the start of season 14.

On the Hallmarkies Podcast, Marshall praised twin sisters Ruby Spencer and Emmanuella Spencer for their portrayal of Lyndy.

“We are so lucky to have those girls… It’s a strange thing because they were cast in that role when they were like five months old,” said Marshall. “Every time I’m in a scene with either one of them I’m just blown away.”

RELATED: ‘Heartland’: Amber Marshall and Graham Wardle Have Theories About Why the Show Has Lasted so Long