The worse Gemma Whelan looks, the more she’s spotted. It’s probably to do with the fact that her Game of Thrones character, Yara Greyjoy, was usually coated in a thin layer of dirt. Just last week, she was “absolutely dripping with sweat after my attempt at a 5k after having a baby” when she was asked for a selfie by a fan. “I’m not surprised,” she adds. “I didn’t look dissimilar from my character – I was dirty and sweaty and red.”

Of course, Yara was too busy slitting throats and slaughtering soldiers to find the time to wash. The sole daughter in a family of cruel men, she was swaggering and salty, a brusquely intimidating warrior from whose shadow her brother Theon (Alfie Allen) could never emerge.

Whelan played the part so well – all furrowed brows and withering stares, when she wasn’t in all-out combat – that to many fans she’ll forever be associated with that role. But she has quietly carved out a niche for herself in the years since playing hard-nosed women in other acclaimed series. There was the wife of Lord Altrincham in The Crown; the cousin who testified against Jeremy Bamber in a murder trial in White House Farm; Carolyn’s needy, “hyper-empathetic” daughter in Killing Eve; and detective constable Eunice Noon in The End of the F***ing World.

To her impressive CV, she can now add The Tower, a gripping new three-part police drama directed by Ken Loach, airing on consecutive nights from Monday. The series begins with a teenage girl and police officer falling from a tall tower block in south-east London. Whelan’s DS Sarah Collins is the officer investigating the mysterious circumstances surrounding their deaths.

Sarah is a “workaholic” completely wedded to her job, says Whelan, over the phone her home in London. She is passionate, too, about upholding the law and sticking to the rules where her colleagues see encroachable “grey areas”. It’s here where the series is elevated from your standard weeknight police drama to something that tackles the big issues: racism, sexism, Islamophobia within the police force. Based on Kate London’s book series, The Tower was filmed before the kidnapping and death of Sarah Everard, but its presentation of police corruption feels more relevant than ever now.

“Trust in the police is not high at the moment, is it?” says Whelan. “It’s tricky. There is corruption being addressed in the show… because it’s based on Kate’s books and she was a detective and clearly it goes on. It’s not something new to our understanding of the police force. I think you could quite possibly argue that 99 per cent of them are good and doing their job. But it’ll be interesting to see people’s reactions to it.”

Whelan was in the early stages of pregnancy with her new baby – who was born six weeks ago – when she got the job on The Tower. Things went smoothly, but she’s aware they could not have been so easy. Last month, actor Jade Anouka wrote in The Guardian about losing a TV part after insurers refused to cover her on set. Insurance, Whelan says, was almost a “sticking point” on The Tower too. She recalls the agonising wait to find out if she was considered “well enough” to work. “I mean, I’m not ill – pregnant women are not ill,” she says. “I really felt for [Anouka] because I went through that nerve-wracking week and a half of, ‘Argh… should I not have told them?’ It all goes through your head.”

From her own experience, however, things appear to be looking up for pregnant women on set. Last week, Whelan returned to working on a new TV series and took to Instagram to thank the production team for “making it so easy and brilliant to be at work with bubba”. “I thought I’d be on the shelf for a little while after having the baby, which is fine, but I was very lucky,” she says. “It was similar with Game of Thrones, actually. I went back with my daughter and she was six weeks old and they allowed for breastfeeding… That should just be a normal thing – you have a child and you have to feed it but you’re working as well.”

Gemma Whelan as DS Sarah Collins in ‘The Tower’

When Whelan looks back on her time on Thrones, it’s with “great fondness and pride”. She may have had her fair share of heavy fighting, torture and sex scenes on the show – such as Yara attacking Winterfell to save her brother Theon, only to be set upon by Ramsay Bolton’s (Iwan Rheon) rabid dogs – but the experience bonded the cast together. In a recent interview, she said that the actors took it upon themselves to check in with each other during sex scenes. “When you watch, it feels like an intense mind explosion,” she says, “but when you’re doing it, it’s all broken down.” She pauses and laughs. “I’m sure Kit [Harington], doing eight weeks of night shoots for the Battle of the Bastards, might have a different answer, but for me it was never extremely physical, extremely taxing.”

It was in the middle of a comedy audition that Whelan landed her role on Game of Thrones. Back then, having started out in comedy – she won the Funny Women Variety Award for her 2010 stand-up performance as Victorian governess Chastity Butterworth, and starred in sketch shows such as Cardinal Burns and Horrible Histories – she was yearning to do something more serious. “I was desperate to do some drama, but it’s quite tricky to cross over when you’re known for light-hearted things,” she says. In the end, it fell into her lap. While she was trying out for yet another comedy, the casting director told her that he was working on a new HBO fantasy series and had a part she’d be perfect for.

Nearly 10 years on from that fateful day, Whelan remains close with the stars of Game of Thrones. I’m reassured that the famous WhatsApp group is still “highly functional”. “Alfie [Allen] and Emelia [Clarke] are dear pals and I see Iain Glenn around here because he lives not far from where I live,” she says. “It was a long time. We knew each other for a span of about 10 years and it was a family… I just loved every single moment… it was very, very special.” As for next year’s prequel spin-off House of the Dragon, she says she’ll “definitely have a look, a curious eye in the corner, ‘Hmm, let’s see then’”.

Gemma Whelan as Yara Greyjoy in ‘Game of Thrones’

When Whelan talks about getting that first dramatic role on Thrones, she insists it was a case of being “in the right place at the right time”. But it’s more than luck. Whelan is an un-selfconscious actor – she can roll her sleeves up for a gritty part, but she excels in silly, slapstick humour, too. “I want to do what Olivia Colman did,” she says. “I want to be Olivia Colman.”

Whelan’s not worked with Colman yet, but she’s worked with her Peep Show co-star David Mitchell, in the BBC Shakespeare sitcom Upstart Crow. When the pandemic first hit, the pair were earning five-star reviews in the West End in the stage version of the show, which was written by Ben Elton.

Whelan clearly remembers the day Boris Johnson announced the closure of theatres. Just a week before, she’d scoffed at David Mitchell’s fears that a virus she saw as “just a bit of a flu” could shut down the production. She laughs telling that story. A potential revival is on the cards for next autumn, but first, Whelan is off to experience some highbrow theatre.

“I’m definitely going to Peppa Pig Live in December,” she says, sounding genuinely excited. “It’ll be my first trip to the theatre since we closed down, so I’m going back in with a bang.”

‘The Tower’ airs Monday to Wednesday at 9pm on ITV 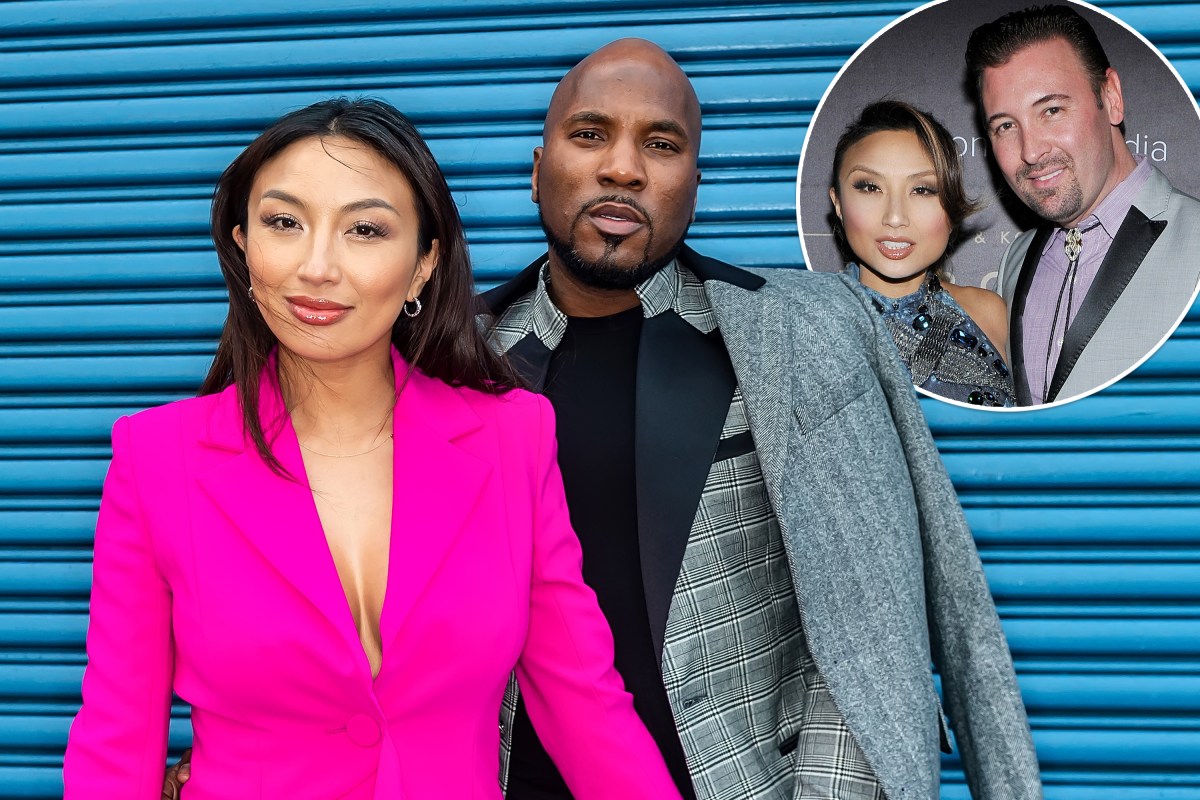 September 25, 2021
Comments Off on Jeannie Mai’s ex-husband says he ‘upgraded from trash’ after pregnancy reveal 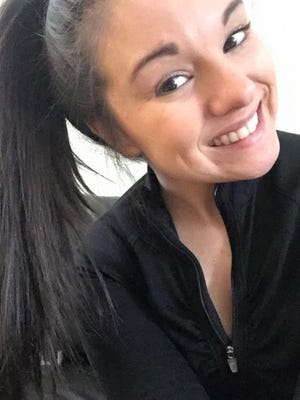 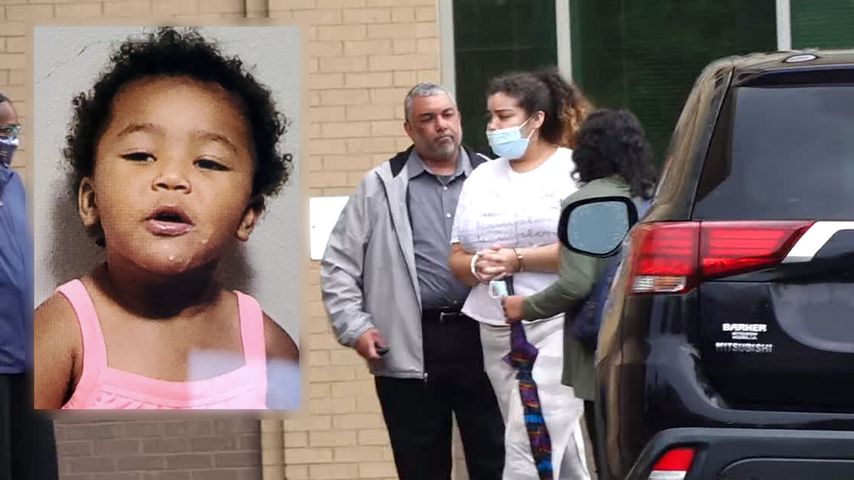 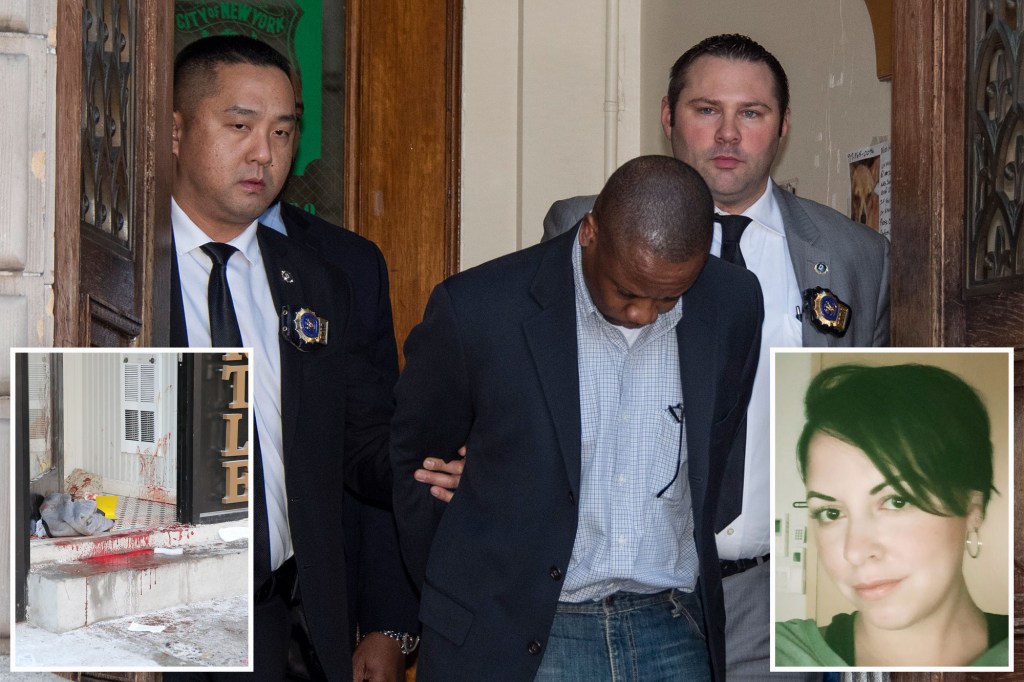 February 18, 2022
Comments Off on Queens man gets 26 years for stabbing pregnant ex-girlfriend 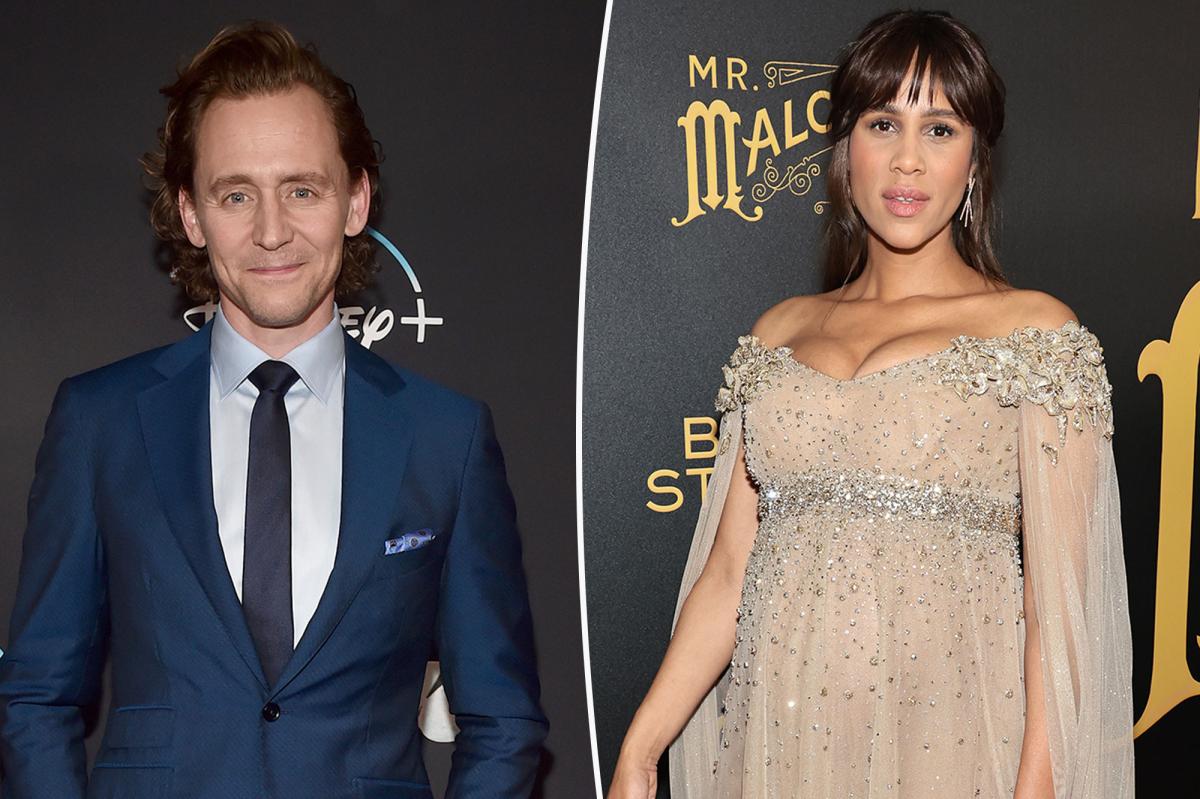 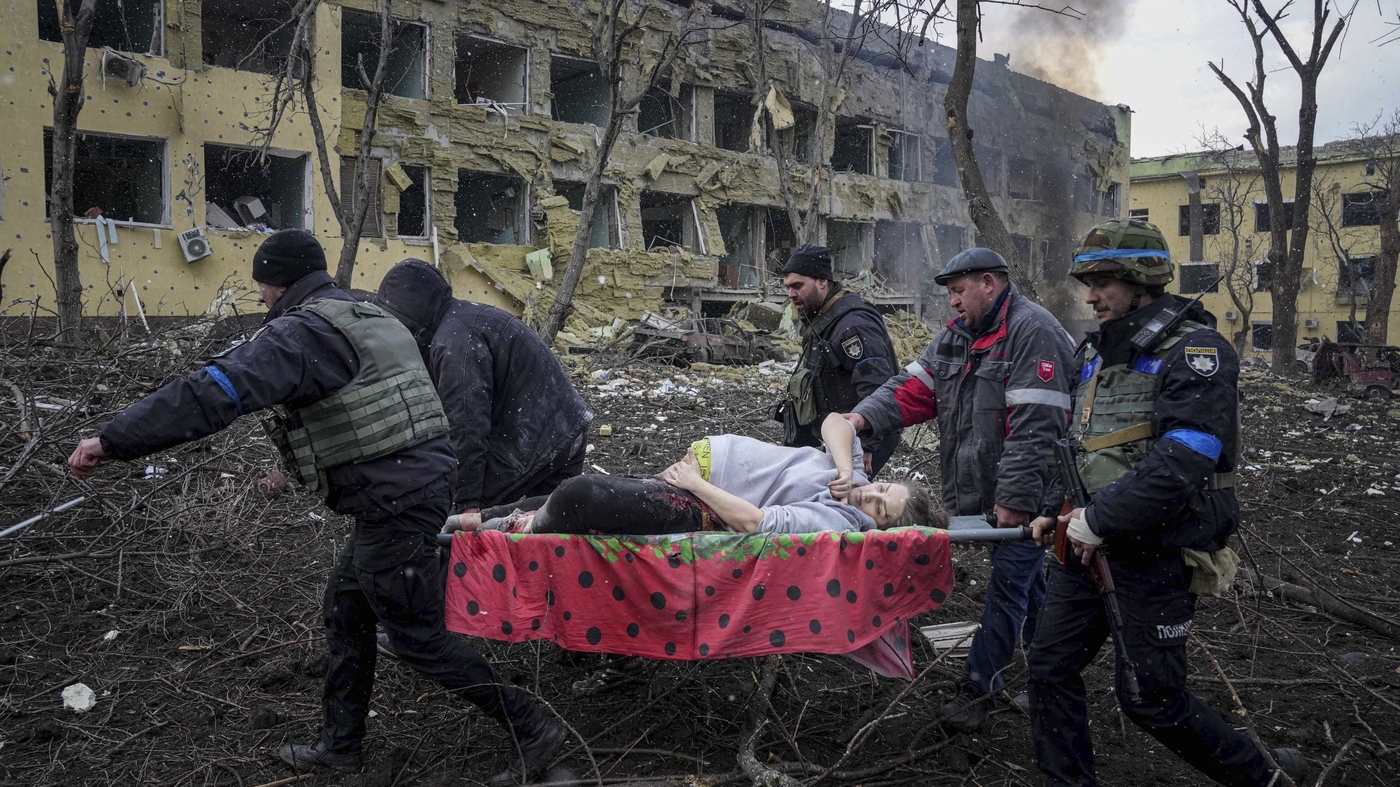 May 18, 2022
Comments Off on New York agency accuses Amazon of pregnancy and disability discrimination

February 22, 2022
Comments Off on Study shows getting COVID vaccine while pregnant can also protect baby 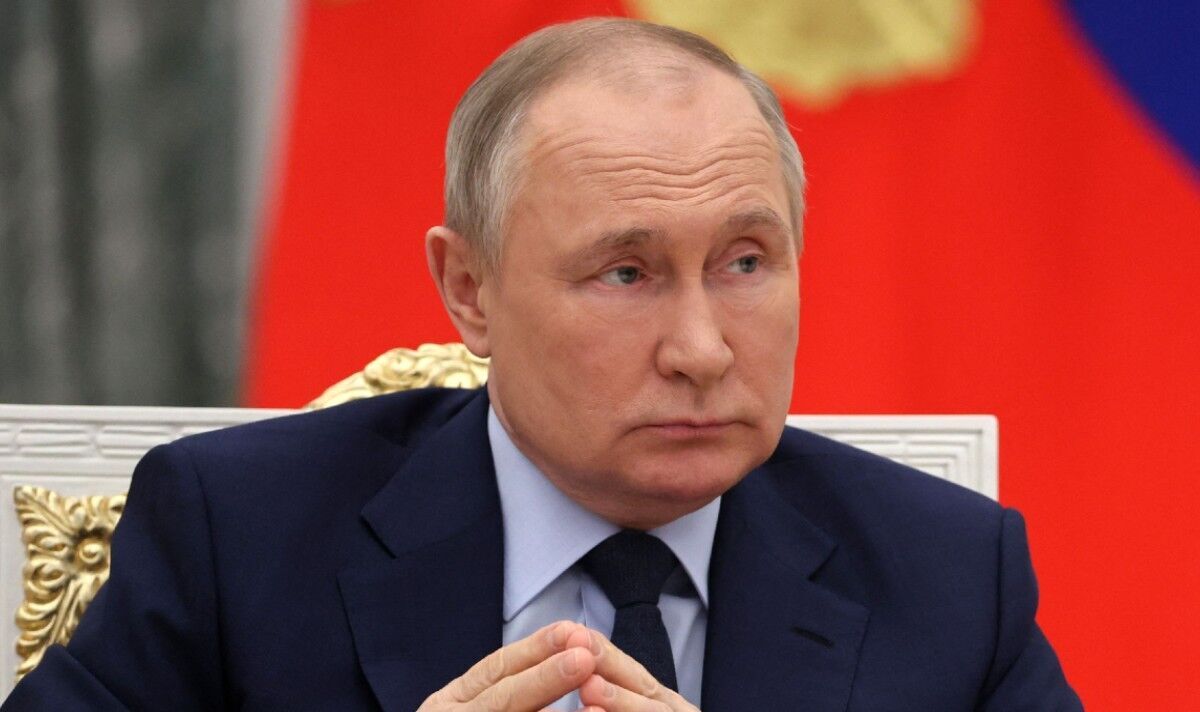 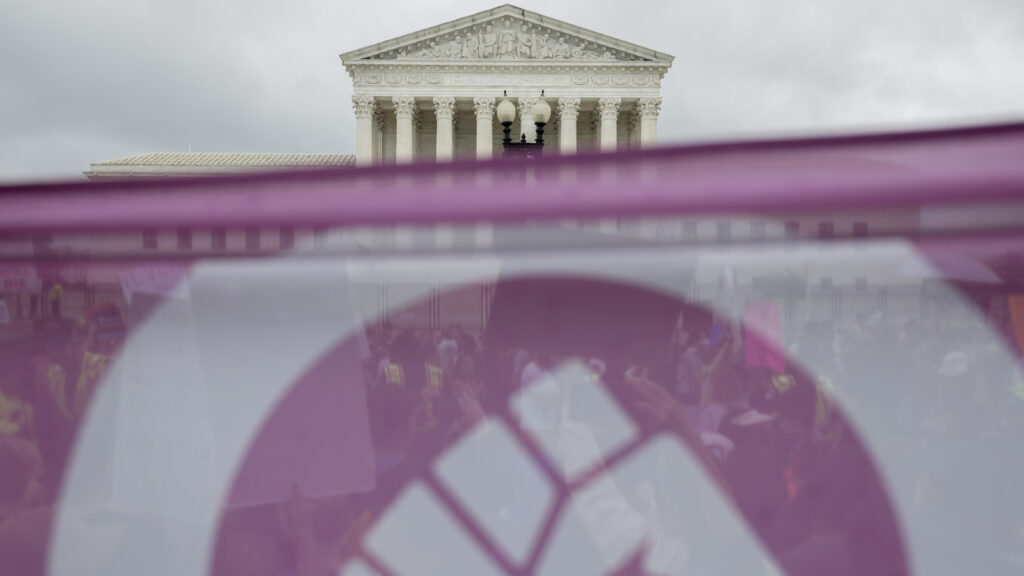