ASHFIELD, SYDNEY: A 15-year-old girl has been arrested for viciously attacking and stealing the handbag of a pregnant woman on a stroll with her two children in a stroller.

Horrifying CCTV footage shows the 37-year-old woman walking her two children down a Perth laneway in Smallman Place, Ashfield, about 12.40 pm on Monday, September 5, when the teenage girl aggressively attacked her. The footage captures, her violently pulling the woman by her hair after following her on the concrete footpath.

‘The stuff of nightmares’: Man jailed for raping mom, teen daughter and forcing them to watch vile attacks

HORRIFYING video shows Asian woman, 70, being beaten by gang of thugs including an 11-year-old boy

The helpless woman kept shouting for help but the teen didn’t let go. After a few moments, the girl slams the woman on the ground while the stroller overturns with the kids inside crying. However, gratefully the woman escaped with minor scratches and bruises but officials were concerned as she fell on her stomach.

Cops arrested the 15-year-old a while later and she has been charged with one count of robbery and is set to appear in Geraldton Magistrates Court on September 13.

Police released CCTV footage of the incident to ascertain what exactly happened. While CCTV footage suggests only one girl was involved in the attack, a second unidentified person was arrested from the teen’s household. 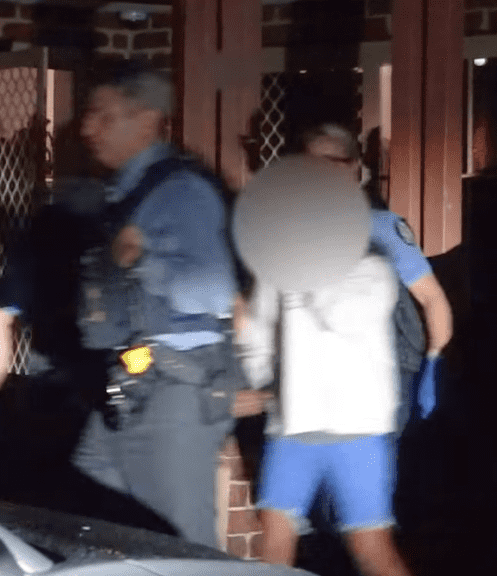 In the video shown, the girl can be seen swearing at the police when they arrested her while other household members cry out in the background. Anyone with relevant information is urged to contact Crime Stoppers on 1800 333 000 or report online at crimestopperswa.com.au.

This is not the first time that officials have arrested a teenager for attacking a woman. In August, officials detained a group of teenagers for allegedly attacking a woman for wearing her hair in braids. The woman said she was confronted by 10 to 15 teenagers in the area of Winter and Washington Streets. Police said the attack was part of a recent barrage of violent incidents involving teenagers in the Downtown Crossing area.