How capable are children to self-swab for SARS-CoV-2?

Testing for the severe acute respiratory syndrome 2 (SAR-CoV-2) has progressed over the course of the current pandemic and is now widely available for adults and children who suspect they may have coronavirus 2019 (COVID-19).

However, there is an insufficient testing capacity for asymptomatic school children and children in other settings, such as camps. The testing of these children is also likely to be not performed by trained healthcare workers (HCWs).

The United States Food and Drug Administration (FDA) has approved several SARS-CoV-2 tests that require adults and children 14 years and older to collect an anterior nares (AN) swab from themselves, as the collection process is less technically demanding. However, it is unknown at what age individuals are capable of performing a successful AN swab.

In a recent study published on the preprint server medRxiv*, researchers gather data that supports the evidence-based recommendations for children to successfully perform AN swabs on themselves. Sincere there is no definition for an adequate AN sample, the authors also performed a multi-part investigation to answer the following study questions:

In the current cross-sectional investigation, a selected sample of symptomatic SARS-CoV-2 positive and negative children was recruited to evaluate self-swabbing to HCW-swabbing for SARS-CoV-2 confirmation. A daily report was prepared of all children testing positive by standard of care nasopharyngeal (NP) swab within the Children’s Healthcare of Atlanta System in the previous 24 hours.

In each age group, the goal was to recruit ten COVID-positive and ten COVID-negative children. Children were omitted if self-swabbing was not possible as a result of a physical condition, a developmental delay preventing the child from understanding the instructions or the child had a history of nosebleeds in the previous two weeks according to the parent or guardian.

Asymptomatic children were also recruited after the pilot study testing RNase P RNA detection was completed, with targeted recruitment of ten children per year of age from five to 12 years. A social media page for a metro Atlanta community was used to recruit the study participants.

Near the community clubhouse, an outside testing tent was established. By word of mouth, a limited number of children were recruited to identify those of specific ages who were met target enrolment after these two days.

Asymptomatic children were additionally excluded if COVID-19 had been suspected/diagnosed in the last 30 days or if the child had present respiratory symptoms or other COVID-19 symptoms in the previous 2 weeks, in addition to the exclusion criteria for symptomatic children.

An investigational study methodology was used to screen all specimens for SARS-CoV-2 and RNase P RNA. On an EMAG equipment, complete nucleic acids were isolated from 200 microliters (µL) of AN sample and purified into 50 µL.

Following extraction, 12 µL of the sample extract was DNase treated in 25 µL Heat&Run genomic DNA (gDNA) Removal Kit reactions, according to the manufacturer’s instructions. Real-time reverse transcription-polymerase chain reaction (rRT-PCR) assay was used to identify the presence of nucleocapsid 2 (N2) target and RNase P. If a specimen provided a cycle threshold (Ct) value of 40 for that target in the duplex assay, it was considered to have detectable SARS-CoV-2 or RNase P RNA.

Between July 2021 and August 2021, a total of 197 symptomatic children aged four to 14 were enrolled in the study. A total of  87 children returned a positive result for SARS-CoV-2 on both self- and HCW- swabs, while two children tested positive on one swab but negative on the other.

Among the 87 children with detectable SARS-CoV-2 in both samples, N2 Ct values obtained with the rRT-PCR did not differ between self-collected and HCW-collected swabs. Children of Black/African American heritage and those who presented with symptoms early were more likely to have lower Ct values.

Children with lower Ct values in the self-collected swabs were more likely to be Black/African American and to be sick earlier. There were no other differences between the two groups. Furthermore, four participants had qualitative SARS-CoV-2 results that were incongruent, each of whom had N2 Ct values greater than 30.0 in the positive sample.

RNase P was detected in all 24 asymptomatic children’s AN swabs in the retrospective pilot investigation. DNase-treated eluates had considerably higher RNase P Cts than untreated eluates.

The RNase P RNA Ct values did not change substantially between specimens with and without identifiable SARS-CoV-2 RNA, or between positive and negative samples based on the SARS-CoV-2 Ct. In July 2021, 90 asymptomatic children between the ages of five and 12 were recruited based on the pilot data. All self- and HCW-obtained swabs from symptomatic and asymptomatic children were evaluated using the exploratory study procedure. 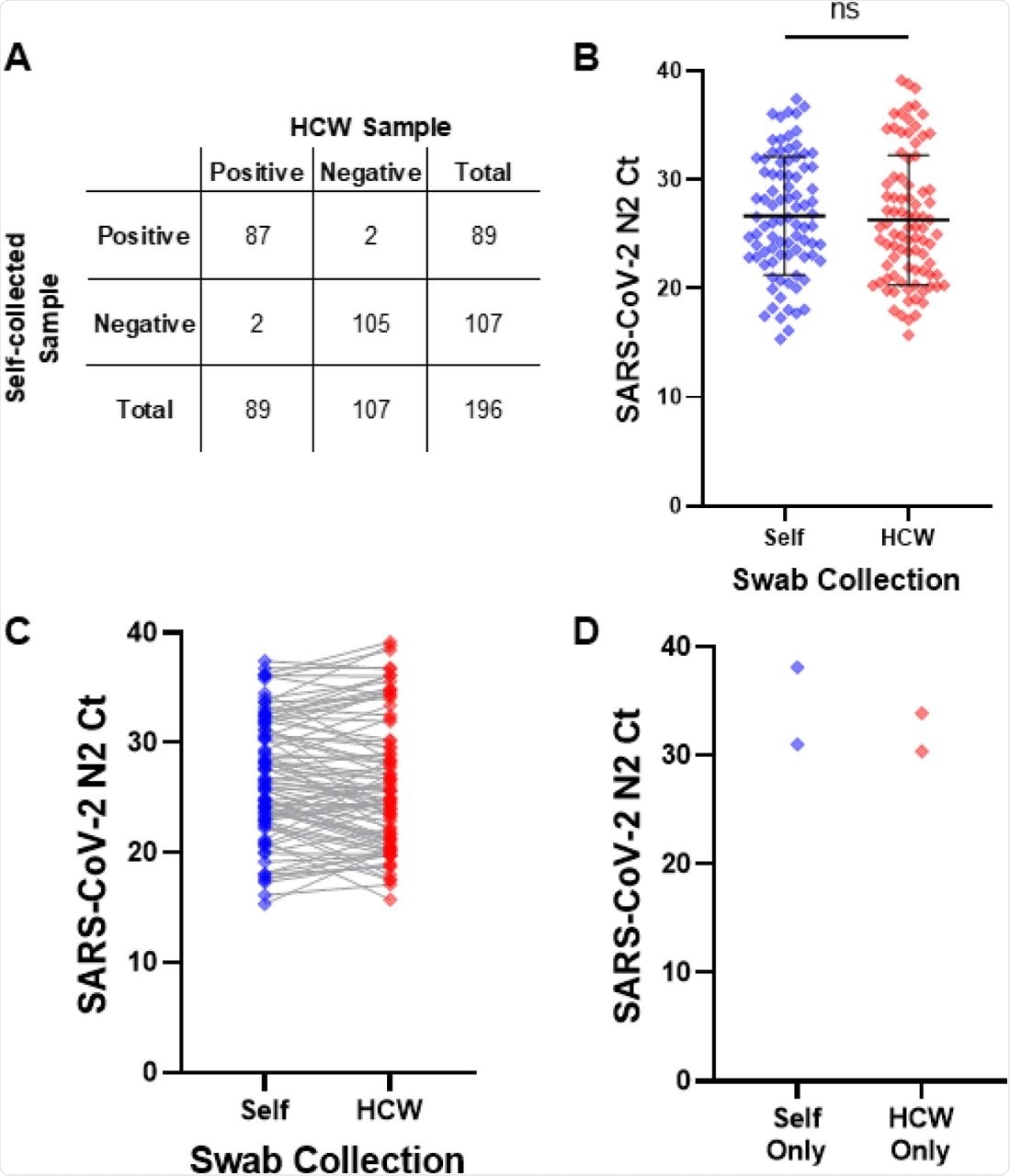 Is self-swabbing practical for children?

Despite these findings, the proportion of sufficient samples, defined as SARS-CoV-2 RNA detection in the rRT-PCR or RNase P RNA detection, was equal in asymptomatic and symptomatic children.

Taken together, the study findings support the creation of SARS-CoV-2 testing strategies for school-aged children that allow for self-collection, based on the equivalent performance of self- and HCW-collected AN swabs. This approach could increase testing capacity by reducing the requirement for trained workers at collection sites.

Future research could thus investigate the use of self-collected samples for multiplex respiratory viral testing to prevent outbreaks in this age group.

September 26, 2021
Comments Off on Hepatitis B in newborns is a public health issue in the Pacific islands

March 1, 2022
Comments Off on Antibody prevalence found to be highest among secondary school students in England COVID-19 vaccines for children under 5: What parents need to know – CHOC April 13, 2022
Comments Off on Researchers calculate the impact of consuming ultra-processed foods on obesity risk

Light exposure during pregnancy may be linked to fetal brain development

September 21, 2021
Comments Off on Light exposure during pregnancy may be linked to fetal brain development

Loneliness during teenage years increases risk of many negative outcomes

February 4, 2022
Comments Off on Loneliness during teenage years increases risk of many negative outcomes 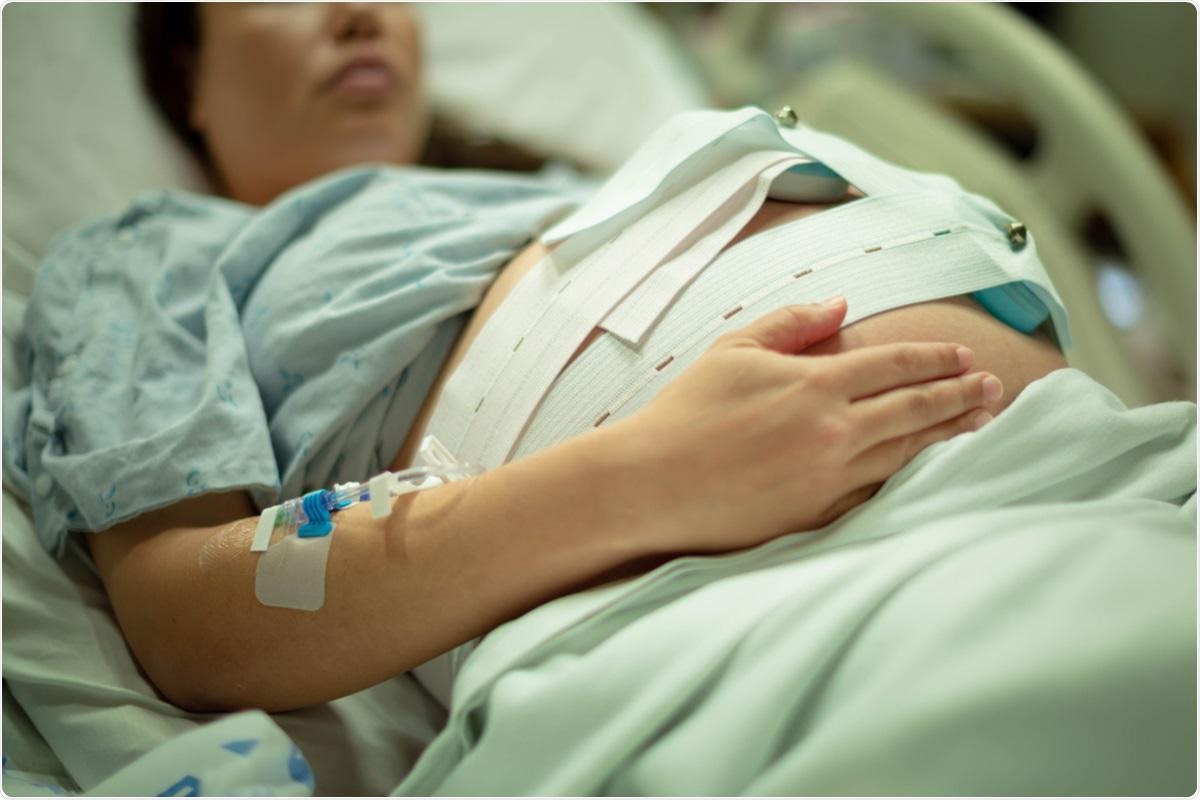 March 16, 2022
Comments Off on Maternal and neonatal outcomes during UK’s SARS-CoV-2 Omicron wave

Risk of SARS-CoV-2 transmission from mother to baby is extremely low, say researchers

March 17, 2022
Comments Off on Risk of SARS-CoV-2 transmission from mother to baby is extremely low, say researchers

Researchers examine how age, sex, weight and puberty were linked to disordered eating in children