Talk about a grand gesture.

Mom of eight, Chalise Smith, 50, is pregnant again — but this time it’s with her kid’s baby.

The Utah-based entertainment farmer is gearing up to give birth to her own grandchild in May as a favor for her second-oldest daughter, Kaitlyn Munoz, 24. Munoz suffers from endometriosis and an auto-immune disease called Sjögren’s syndrome, which has rendered her unable to safely conceive.

“I had two embryos implanted in September, and that has resulted in me now being pregnant with my granddaughter,” Smith told Mercury Press & Media. “I’m super excited to see my granddaughter for the first time.”

She offered to undergo IVF and serve as a surrogate for her daughter — who lives in El Paso, Texas, with her husband Miguel, 30, and their two-year-old son Callahan — after doctors informed Munoz that should wouldn’t be able to safely carry another child to term.

Munoz was told she could not longer safely carry children after enduring several serious health complications during her pregnancy with two-year-old son Callahan in 2019. Emma Lee West Photography/Mercur

“In 2019, I was already struggling with infertility because of my endometriosis, and had been trying for three years to have children to no avail,” said Munoz.

At that time, she underwent for IVF treatments and became pregnant with Callahan.

Her pregnancy was going “really well” until she reached the 30-week mark and was diagnosed with Sjögren’s — a condition that causes the immune system to mistakenly attack healthy cells within the body. The disorder can cause blood clotting in pregnant women, and ultimately result in miscarriage, per research.

Munoz, who was also plagued with pleurisy inflammation in her lungs during gestation, was “incredibly lucky” to have carried Callahan to term. But she was devastated to learn that her childhood dream of bringing a sizable progeny of her own into the world would not easily come to pass. 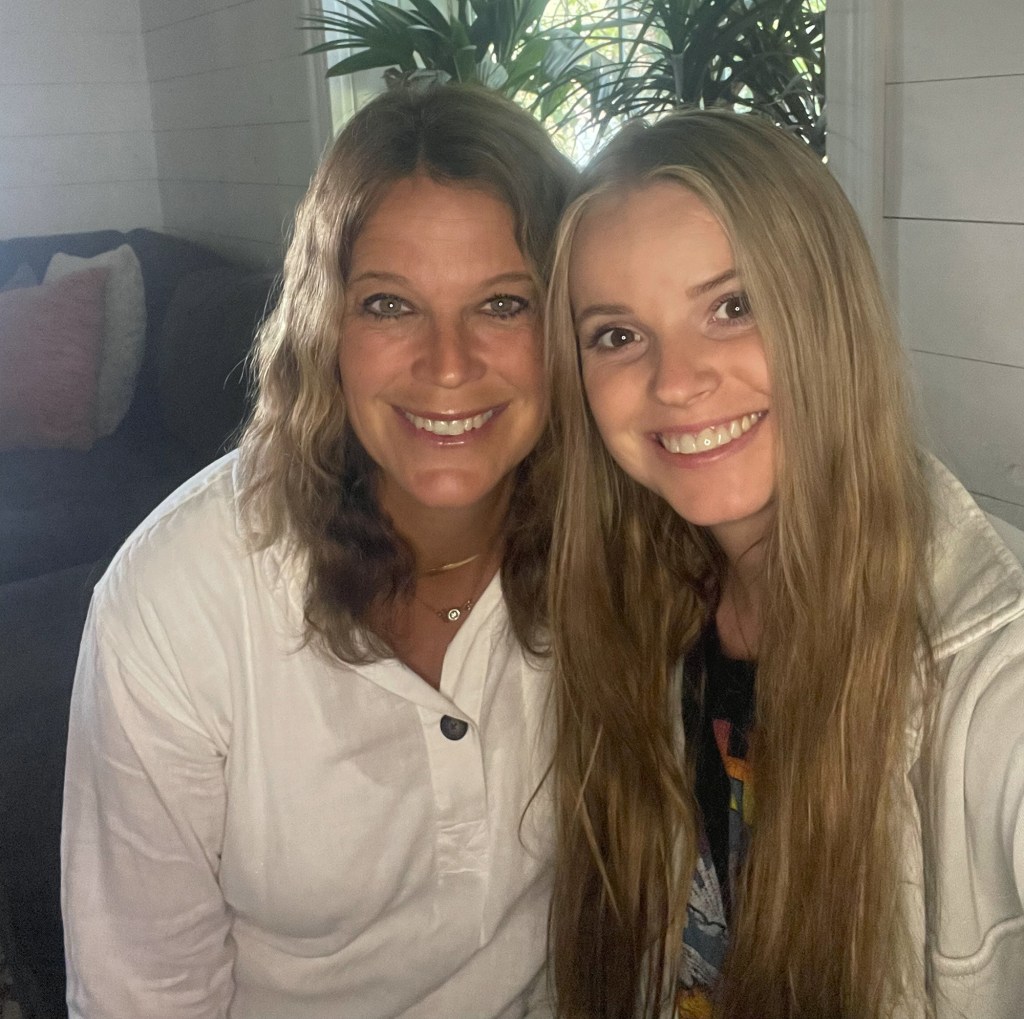 Smith (left) offered to serve as Munoz’s surrogate after she learned of her daughter’s infertility issues. Mercury Press & Media Ltd.

“I thought for a long time about how she wouldn’t be able to have any more children,” said Smith. “I kept my thoughts to myself while I made sure I wasn’t making an emotional decision to be a surrogate and knew it was the right thing to do.”

Then one day, almost serendipitously, she wowed her daughter with the gift of her womb.

“A few months after she told me [that she couldn’t have anymore children], I gave her a call and offered to be her surrogate,” Smith said of the fateful chat between her and Munoz. “She was in shock at the idea as she had just been sitting in her car waiting for her son to wake up wondering how she’d be able to have more children.”

“My call was like a moment of fate for both of us and the beginning of our journey,” she added.

And once Smith was sure that her husband Kyle, who is Munoz’s father, and Miguel were onboard with the unconventional ordeal, she began the IVF process — which, for a woman in her 50s, was no cake walk. 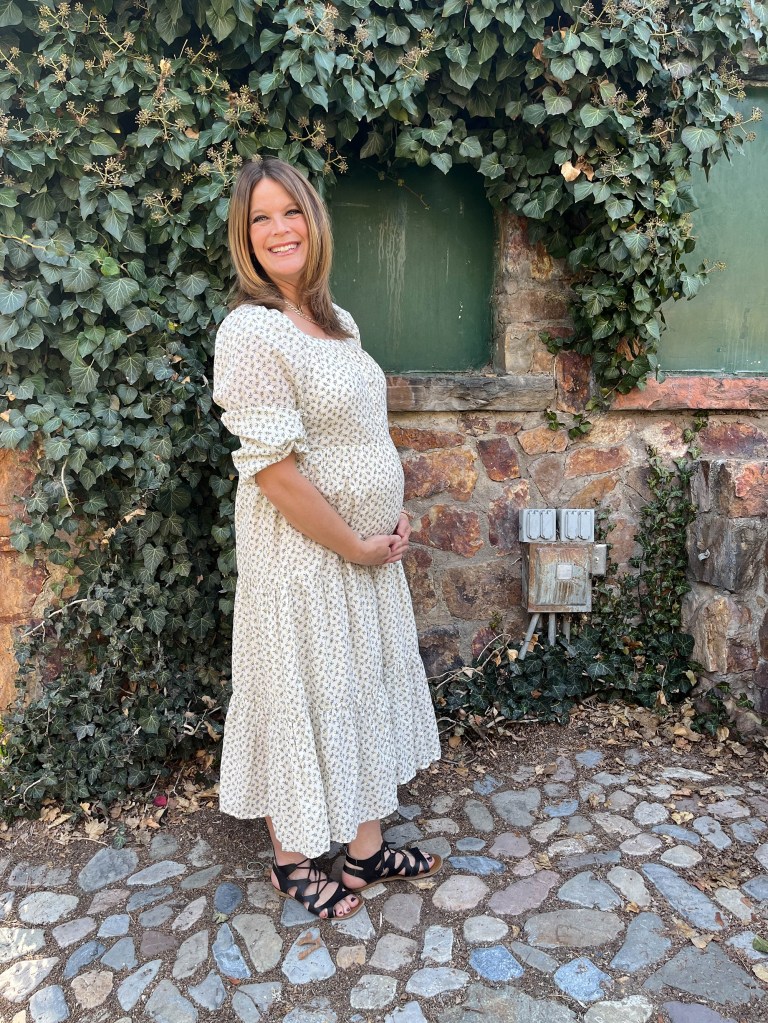 Smith, a mother of eight and in her 50s, had to get health clearances from her doctors before she was able to become Munoz’s surrogate. Mercury Press & Media Ltd.

“With my age, I had to go through a lot of health checks before I could get the all-clear for becoming a surrogate,” she said of the process. But, thankfully, the doctors gave her and Munoz the green light to make a baby.

“I was so shocked when my mom offered to be my surrogate,” said Munoz. “She’s always been so supportive of what I want to do in life and my dreams of having a big family.”

And she was immediately confident that her mom would be cleared to carry her baby.

“I know that all of her pregnancies went perfectly and that she is extremely healthy,” said the millennial. “So I never doubted that there would be any issues with her being my surrogate.” 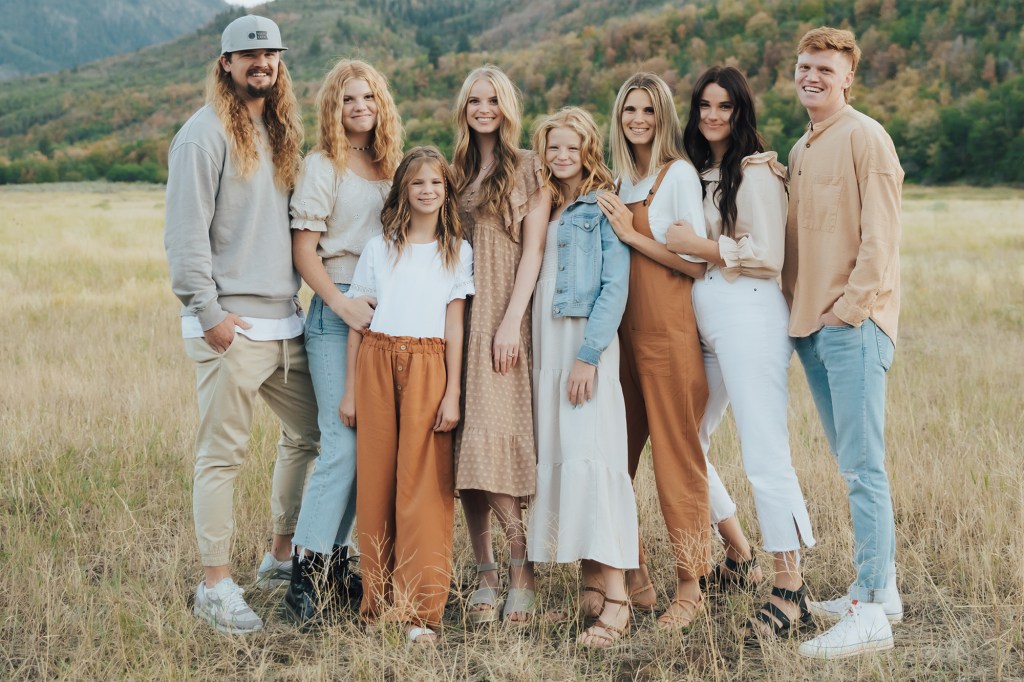 Owing to her mother’s good health and history of smooth pregnancies, Munoz was sure Smith would be cleared to act as her surrogate. Emma Lee West Photography/Mercur

Smith is set to give birth to Munoz’s baby, a girl, next month.

“I think the highlight of the whole surrogacy experience will be seeing my daughter’s face light up as she welcomes her own daughter into the world alongside me,” said the expecting mom and grandmother.

“In my heart and soul, I just see this picture of having a beautiful girl for my daughter and her husband,” Smith added. “They’ve longed for this so much, to see the joy and love in their faces on their arrival will fill my heart.”