It started when I was pregnant with my third daughter.

Before I even knew her gender, upon learning I was expecting again, people would say to me

“I bet you’re hoping for a boy this time!”

“I don’t really care, so long as the baby is healthy.” I would reply.

Which sounds like a cliché. But it was true.

Every single time I was asked this, the question stung.

What I generally didn’t add to the sentence was “I had a miscarriage 6 weeks before getting pregnant with this baby so I’m just thankful that I am pregnant at all, so keep your insensitive bullshit to yourself, asshat.”

Before these comments, it actually hadn’t occurred to me, ever, that I was meant to be disappointed in my inability to produce a male child in my womb.

When I found out the gender, and people would ask if I knew what I was having, after telling them it was another girl, sometimes they’d smile wistfully at me and ask “Are you okay with that?”

I remember asking a busy body at the shops one day, who saw I had two little girls in tow already. She looked shocked, and wandered off muttering about how rude I was. Seriously, don’t ask a heavily pregnant woman a stupid question if you aren’t prepared for her honest answer. My girls are now aged four, nine and eleven.  And I am 100% done having children.

I’m happy with having three kids of whatever gender I have been given.

But according to all sorts of randoms, I should supposedly try for one more, because I have failed to produce a boy!

“Are you going to try for one more so dad can get a boy?” they’ll ask.  My brain usually answers “Hell, no. Fuck that!”

But I smile serenely and tell them that our family is already complete.

The ones who tell me I need to have a boy for dad are essentially saying that I have failed my husband! HE doesn’t got enough testosterone in the house. Hell, even our pets aren’t masculine enough. We have a girl dog, a girl cat and a neutered male cat. So the hubby needs a boy heir to talk about cars and footy and fishing and farting and golf and beer and other blokey things that you find on the front of Father’s Day cards with, supposedly. Because he’s a stereotype as well, not a fully functioning human being with independent thoughts who happens to love his children equally, regardless what their gender is.

What’s the reasoning behind other peoples’ questioning on this issue?

Is it because society still sees girls as being an inferior gender???!!!!!!!! Because in the olden days girls weren’t considered to be “valuable” and sons were preferred because they are the ones who could do back-breaking labour on the farm and inherit all your money while girls just sat around doing needlepoint and sketching pictures of flowers until you could marry them off to become someone else’s problem? (I’m basing this on Jane Austen novels I was forced to read in high school English).

Sexist attitudes towards girls might explain part of it, but not entirely. Friends of mine who have only boy children have confirmed they often get the same line of questioning too.

“Oh what a shame, mum, you have all those boys. No girl for mum. That’s terrible. Mums need daughters you know.” That sort of thing. *rolls eyes*

By and large, these friends have the same baffled angry thoughts about the idiot who’s just shot their mouth off, too. Because, shock horror, maybe many of us parents of single sex children are perfectly content with our lot in life. Maybe we are perfectly happy with each of our children, and who they are as individuals, and what they bring as people to our family dynamic, and we love them unconditionally, in spite of gender. Astonishing, I know!

Maybe some of us have lost babies, or had trouble conceiving and thank our lucky stars every day that we had children at all, knowing all too well that others haven’t been so fortunate.

What would these idiots have us do? Abort foetus after foetus until we get an acceptable gender mix in our offspring? Of course not. That’s just shocking! Have a tribe of 15 kids just so we finally get one of the opposite gender? So they’d likely have an opinion that our families are too large. So why tell us we should be disappointed or that the genders we’ve ended up with via mother nature is somehow not good enough?? 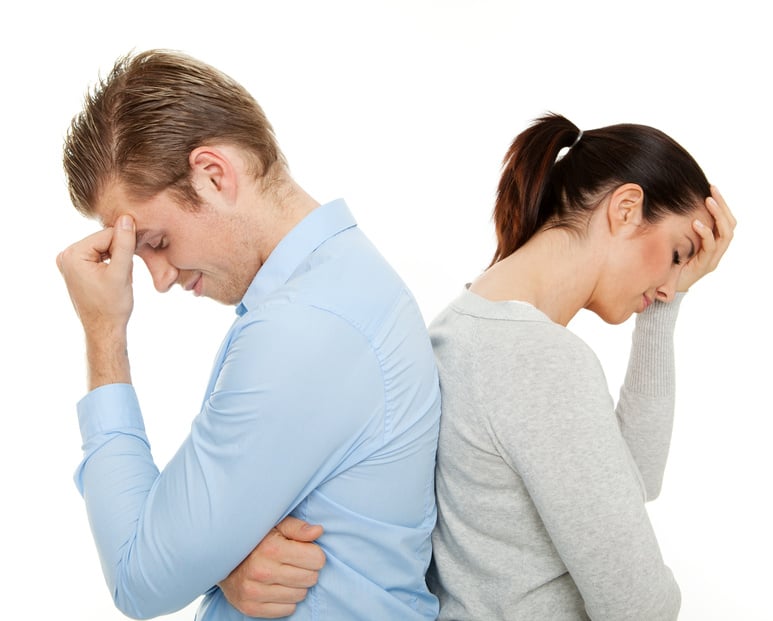 For some parents, gender disappointment is a real thing. I’m not downplaying that at all. Some parents do favour one gender over the other. Some grieve the loss of the opportunity to experience being a parent to either sons or daughters when they’ve been given the same gender every time. Or even if it is first-time parenthood, a pregnant mum will hope for a girl or boy and then be disappointed when the ultrasound reveals its the gender she wasn’t hoping for.

Often if someone is feeling this way, they keep their sadness a secret. It is a little bit taboo to admit that you are disappointed. But it seems it isn’t taboo to ASK someone if they are disappointed, judging by the number of times I have fielded this question.

But just because some parents experience gender disappointment doesn’t mean we all do. And it is actually insulting when people ask questions that insinuate we SHOULD be disappoint me because of the genders of our children. That our children are worthless and undeserving of our love or a place in our families.

So if there was any doubt at all: yes, I am happy that I have three girl children.

No I’m not planning on continuing to play pregnancy roulette until I am able to birth a male heir.

Yes they are a handful, but ask anyone with three kids of any gender the same question and you’ll likely get the same answer.

Yes my husband is fine with the fact we have girls.

Yes I am dreading the teenage years, but I would dread them anyway, because of TEENAGERS FFS.

Yes if you are asking me these questions, it’s quite likely you’re just projecting your bullshit issues on to me, so feel free to shut up.

I’m Fine With Only Having Daughters, Thanks!