Women and Gender Equality Minister Pam Parsons and Health Minister John Haggie announced a new $5,000 subsidy for people in Newfoundland and Labrador who need to travel for in vitro fertilization treatment. (Darrell Roberts/CBC)

Newfoundland and Labrador families can now avail of a $5,000 subsidy to help cover the cost of in vitro fertilization, more than seven months after it was promised.

According to a government media release Wednesday, the funding is retroactive to Sept. 1 and will cover up to three cycles, for a total of $15,000. The administrative details are being finalized by Eastern Health, but the subsidy should be available in four weeks and will be reviewed after one year, said Health Minister John Haggie.

“This goes some considerable way, I think, to levelling the playing field,” Haggie said while speaking with reporters.

There is no IVF clinic in Newfoundland and Labrador, so families are forced to travel out of province to get IVF treatment, incurring thousands of dollars in travel expenses in addition to the cost of the procedure itself, which can run upwards of $20,000.

Ledon Wellon, a fertility services advocate, said the funding is a step in the right direction, but she would have liked to see more.

“I definitely don’t think it’s enough,” she said in an interview with CBC News. “$5,000 will definitely be a help, but it’s not going to make or break a situation if they can’t afford IVF now, it’ll just help the people who already can.” 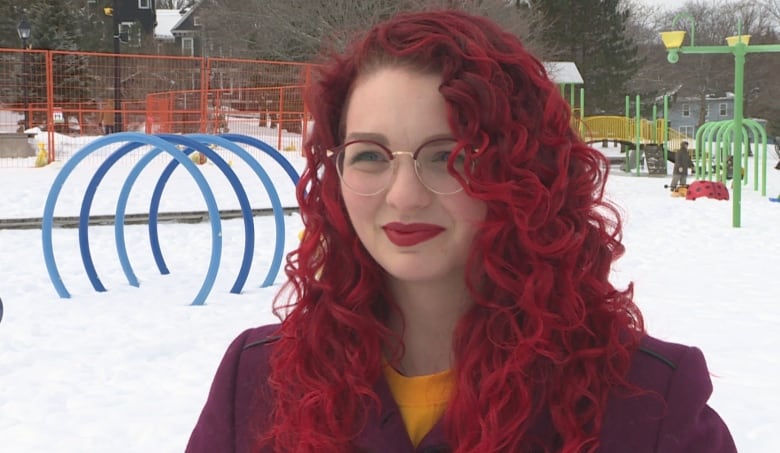 Ledon Wellon, seen here in a file photo, is a fertility services advocate and the founder of Faces of Fertility. (Jeremy Eaton/CBC)

Wellon said the best way to help more people access IVF treatment would be to establish a clinic in the province.

“The multiple weeks away from work, the travelling, the being away from your home, the car rentals, all adds so much to a round,” she said. “If we had a clinic within our own province it would be [worth] more than the $5,000 in funding for each person … I think it would let more people be able to access IVF than any amount of funding.”

In January 2021, during the provincial election, the Liberal government released a statement promising to “support people who want to have children and help reduce current obstacles, by working with stakeholders to increase access to fertility treatments and enable IVF services in the province.”

While speaking with reporters, Haggie said the government is still looking at establishing IVF services in the province, but didn’t give a timeline.

“This is an in-the-meantime manoeuvre while we see what gaps exist and how to fill them.”

He said there is a “huge number” of procedural issues preventing the government from establishing an IVF clinic, including negotiations with the Newfoundland and Labrador Medical Association.

During question period, Progressive Conservative health critic Paul Dinn said Haggie and Premier Andrew Furey “misled the public” about the creation of an IVF clinic in the province. Haggie rejected the accusation.

“What we committed to was to work with them to see what gaps existed that could be reasonably expected to be filled by those clinicians in this province,” he said.

Patients who want to avail of the subsidy first need to be referred for IVF treatment at the fertility services clinic in St. John’s, an expensive and time consuming process for those living outside the metro region. Wellon said she’d like to see better access to fertility services in other parts of the province. 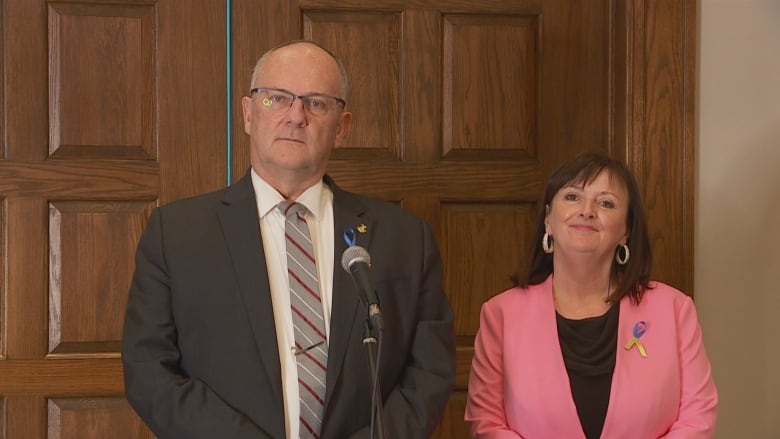 Haggie says the government is focusing on the existing clinic in St. John’s first.

“Whether or not in time that could spread beyond. I think we’ll have to wait and see because I honestly can’t predict that.”

“It’s merely a band-aid solution once again,” she said while speaking with reporters. “It’s not looking at what really needs to be addressed here, which is access to services and access to IVF services is what is the key here.”