Aged 13, learning about the facts of life in the science room at Bristol-based Hartcliffe Secondary School, Louise Brown spotted her own photograph in the textbook.

“All my friends were saying ‘oh, Louise, you’re in the book’,” recalls Brown, the world’s first baby born via IVF.

Her birth, on July 25, 1978, was the culmination of a 10-year struggle by her parents, Lesley and John, to start a family. It created shockwaves for the church, politicians and medics, and Brown grew up at the centre of a debate about the ethics of IVF — while also being a beacon of hope to millions of childless couples worldwide.

“It was my normal life. I’ve had it since the day I was born. When I was four, before I started school, Mum and Dad sat me down and explained Mum needed [gynaecologist] Patrick Steptoe and [medical researcher] Bob Edwards to help her have me.”

With her birth hailed a ‘miracle’ by the world’s media, Brown was instantly globally famous. “After my birth, when Mum went round to the local baker, they asked ‘is that the test tube baby? Can I have a look?’ And then: ‘oh, she looks normal’. And Mum asked: ‘what did you expect – someone with two heads?’” says Brown, whose parents went on awareness-raising tours with her as an infant, highlighting the then pioneering fertility technology.

“Embryologists get very excited when they meet me! I suppose knowing I started out in what they’re looking at daily, and I’ve made it this far!” says Brown who turns 44 on Monday.

Her sister, Natalie, younger by four years, was the world’s 40th IVF baby. “Natalie has her own claim to fame — she became the world’s first IVF baby to conceive a baby naturally in 1999,” says Brown, who herself has two sons, also conceived naturally — Cameron, 15, and Aidan, nine.

“Cameron came home recently after sex ed class and said ‘Mum, the teacher’s using a picture of me and you’. I said I’ve had it all my life
— get used to it!”

Has it been a burden? “It hasn’t. One day going to school, I was trapped by a photographer coming one way and another coming the other way. I jumped over the back fence, and the neighbour took me to school. But no, I wouldn’t say it has been a burden.”

Since Brown’s birth, some 10 million babies have been born via IVF. Dr John Kennedy, who leads Carrickmines-based Thérapie Fertility Clinic (www.therapiefertility.com/), says there have been “loads” of significant developments in fertility technology since 1978.

“’Trigger’ injections have allowed us to be a lot more precise about the timing of egg collections. ICSI
— injecting sperm into the eggs rather than leaving the eggs and sperm in a dish together — has been a game-changer, particularly in regard to male factor subfertility,” says Kennedy. 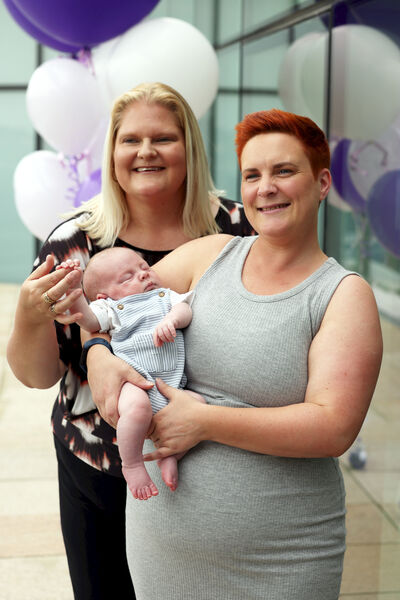 Since opening last year, Thérapie Fertility has seen 4,000 patients go through the consultation process, 700 of them women not in a relationship who are seeking information about fertility preservation, or to explore options around single-parenthood using donor sperm.

Dublin-based lawyer Sarah Brown, 36, a solo mother by choice, became pregnant with IUI and donor sperm on her first attempt at Thérapie Fertility. “Statistically, I knew it wasn’t guaranteed I’d get pregnant straight away, but I had a very good hormonal profile with no history of infertility or sub-fertility. If it hadn’t worked the first time, I’d have said ‘ok, the next time’.” 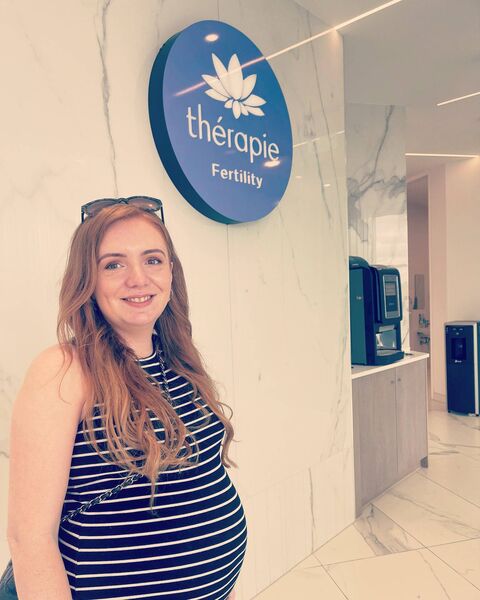 Sarah Brown, who decided to have a baby by herself has gone through Thérapie Fertility, and is 25 weeks pregnant.

“I’m an only child. My parents separated when I was nine, so I’m familiar with a single-mother household. I’m very independent and have a lot of strong opinions
— being a solo mother allows you to do things to your own tune,” says the Edinburgh native.

Thinking about Brown’s landmark 1978 birth, Sarah says: “If I’d been born 40 years earlier, my life would be entirely different. I’d have been sidelined as a spinster.

“When I speak to older women about my choice to be a solo mother, I expect hesitance, but they’re all delighted. They all know someone who settled with a partner just to have kids. There’s much more freedom now.”

Brown’s advice to anyone struggling to conceive? “Just keep believing. My mum did. As soon as she met Patrick Steptoe, she trusted him. Take your doctor’s advice and go for it.”

In Dublin this week to celebrate Thérapie Fertility’s first birthday (Kennedy says the clinic offers “a more affordable” service in Ireland), Brown says: “Bob Edwards and Patrick Steptoe wanted IVF to be for normal everyday working people, which is why Mum and Dad were accepted on the programme. They were working-class. They often didn’t have a lot of money.”