A married lesbian couple will today launch a landmark case against their NHS fertility clinic, claiming it discriminates against same-sex couples.

The couple, who are social media stars, said they have to pay tens of thousands of pounds to become eligible for NHS-funded IVF compared with heterosexual couples.

Megan yesterday said they wanted to start a family after being together for 12 years – but they were ‘shocked to discover discrimination in place after embarking on our baby journey’.

Megan Bacon-Evans, 34, and her wife Whitney, 33, are demanding equal fertility treatment, said they were ‘shocked to discover discrimination in place after embarking on our baby journey’

To become eligible for IVF treatment, patients must prove they are infertile. Heterosexual couples can qualify after trying to conceive naturally for two years.

And CCGs in England are accused of a postcode lottery as the number of private insemination treatments required varies from three to 12 before they offer the same help given to heterosexual couples.

Now Megan and Whitney have launched a £10,000 fundraiser to cover their legal fees.

Lawyers will today apply for a judicial review on behalf of the couple who are from Windsor in Berkshire.

They allege discrimination under the Equality Act and European Convention on Human Rights, in what could become a major test of NHS England’s treatment of LGBT+ families. If permission is granted, the case could be heard in January.

The couple, who featured on the BBC’s Britain’s Relationship Secrets documentary, have so far spent £8,000 on donor sperm and mandatory pre-insemination tests. 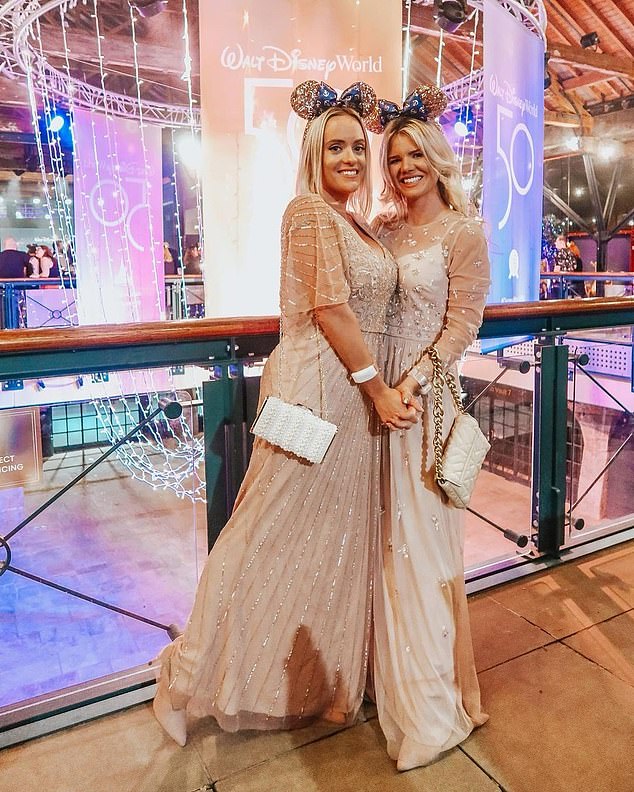 Former health secretary Matt Hancock said in 2019 that ‘sexual orientation should not be a factor in access to IVF’.

Megan and Whitney yesterday said: ‘It is time for discrimination to end and for there to be equal treatment with heterosexual couples in the healthcare system.’

They are backed by the British Pregnancy Advisory Service, which says restrictions on funding IVF ‘amount to a tax on LGBT+ families’.

The National Institute for Health and Care Excellence (Nice) – the health regulator – recommends three IVF cycles for patients under 40 if they have been trying for two years.

The couple want all CCGs to abide by these rules for all patients, regardless of what kind of relationship they are in.

It did not respond to a request for comment yesterday. The Department of Health said earlier this year that access to fertility services should be equal.

A planned review of variations was pushed back due to the pandemic.