Chalise Smith, 50, is already a mum of eight, but had no qualms about going through yet another pregnancy.

Number nine is pretty special, though, as Chalise is now carrying her own grandchild.

That’s because the mum is acting as a surrogate for her daughter Kaitlyn Munoz, 24.

When Kaitlyn, of El Paso, Texas, US, was told she was infertile due to Sjogren’s Syndrome, an auto-immune disease, Chalise was happy to help out.

Kaitlyn also suffers from endometriosis, but was lucky enough to conceive her first born Callahan, now two, through IVF, before being diagnosed with Sjogren’s.

Kaitlyn, a stay-at-home mum, said: ‘In 2019, I was already struggling with infertility because of my endometriosis, and had been trying for three years to have children to no avail.

To view this video please enable JavaScript, and consider upgrading to a web
browser that
supports HTML5
video

‘So my husband Miguel, 30, a trained attorney, and I decided to go ahead with an IVF round that resulted in four embryos.

‘I had two embryos implanted which resulted in my son Callahan being born.

‘The pregnancy was going really well, until I had a flare up at 32 weeks which led to my diagnosis.

‘I was told by health professionals that it wouldn’t be safe to carry anymore children. 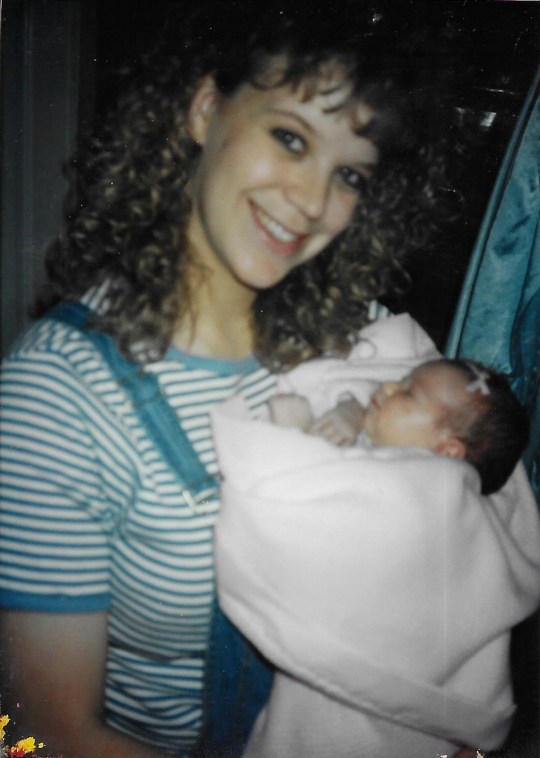 Chalise, owner of Hee Haw Farms in Utah, was heartbroken for her daughter when she discovered she wouldn’t be able to carry more children.

She thought about her daughter’s dreams for a bigger family for months before finally calling up Kaitlyn and offering to be her surrogate.

‘I thought for a long time about how she wouldn’t be able to have any more children, I kept my thoughts secret, even from my husband Kyle, 51,’ said Chalise. 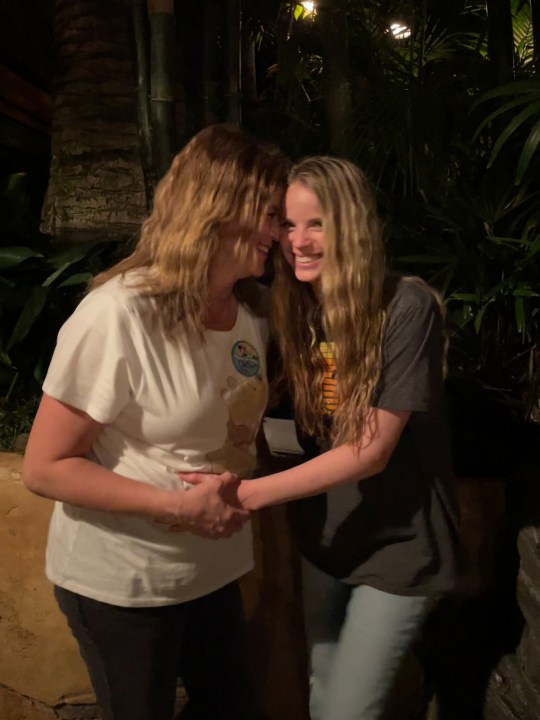 When Kaitlyn was told she couldn’t have more children, Chalise stepped in as surrogate (Picture: Mercury Press & Media Ltd)

‘But a few months after she told me, I gave her a call and offered to be her surrogate, she was in shock as she’d been sat in a car park mulling over how she’d be able to have more children.

‘My call was like a moment of fate for both of us.

‘I told Kaitlyn that everyone needed to be 100% on board, Kyle, Miguel, and Kaitlyn herself.

‘I was already 100% in, but if there were any single doubts from anyone involved in the decision, I didn’t want to keep pushing.

‘Everyone agreed and my husband was 110% with me all the way through.’

Because of Chalise’s age, she had to go through a lot of health checks before getting the go-ahead to be a surrogate. 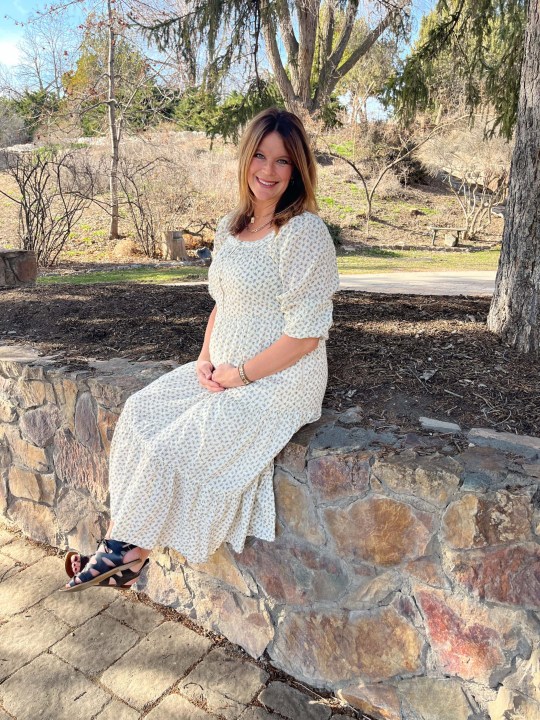 Chalise’s grandchild is due in May (Picture: Mercury Press & Media Ltd.)

But having had eight healthy pregnancies, she received the all-clear. In September, she had two embryos implanted, and she is now pregnant with Kaitlyn’s daughter, due in May.

Kaitlyn said: ‘I was so shocked when my mum offered to be my surrogate, she’s always been so supportive of what I want to do in life and my dreams of having a big family.

‘I know that all of her pregnancies went perfectly and that she is extremely healthy, so I never doubted that there would be any issues with her being my surrogate.’

Chalise added: ‘I’m super excited to see my granddaughter for the first time.

‘I think the highlight of the whole surrogacy experience will be seeing my daughter’s face light up as she welcomes her own daughter into the world alongside me.

‘In my heart and soul, I just see this picture of having a beautiful girl for my daughter and her husband.

‘They’ve longed for this so much, to see the joy and love in their faces on their arrival will fill my heart.’


MORE : When should you announce your pregnancy?