ONE MUM has revealed how she and her partner decided to try for a baby just three months into their relationship.

Despite knowing each other for a short amount of time and having just £10 between them in the bank, the couple decided to have a baby.

The couple’s situation has drastically changed since first getting pregnantCredit: atypicalfam/Tik Tok

The family, from the US, regularly post videos of themselves on their TikTok account, a typical family, telling their story.

In one video that has gone viral with over 500k views the couple wrote: “Thinking about how we purposely got pregnant three months after meeting with a combined $17 in the bank.”

In another video she said: “When he said he wants to make a baby three months after we met.”

She then shows her adorable daughter, captioning the video: “Everyone thought she was an oopsie, nah.”

One user replied saying there’s something attractive about a man knowing what he wants and the mum replied: “And being in your late 20s with baby fever!”

The family appear content and loving life, despite some of the financial difficulty they may have faced at the start of the pregnancy and are now expecting their second child this year.

But some users called the pair irresponsible over their actions.

One wrote: ““Hahahaha we are so irresponsible we are going to make it our child’s problem!! LOL!”

“Good luck in a couple years… I feel bad for the baby,” another user remarked.

Thankfully, many of the viewers were supportive of the family and happy to see them thrive.

“You’re never financially prepared for a baby, best to just go for it,” wrote a second person. 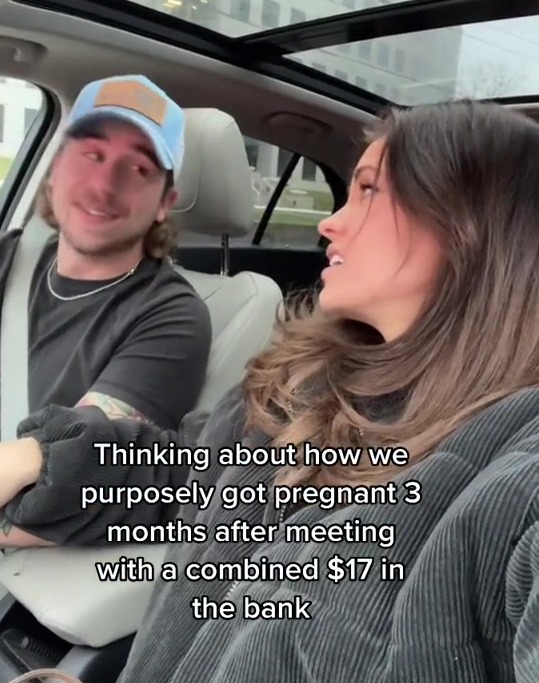 The pair are expecting their second child this year and many viewers were supportive despite criticism form othersCredit: atypicalfam/Tik Tok

Meanwhile, this pregnant woman has told how her husband thinks she looks disgusting.

Plus this mum-to-be’s bump is so large people constantly shame her for it online.

And a mum has revealed people think her baby’s name is a joke when she tells them.