Usually, when a couple plans a baby they’re nervous but also filled with excitement – and everyone involved is celebrating.

However, it occasionally happens that one member of the family doesn’t want a baby.

A bloke recently found himself in the difficult situation after discovering his wife had fallen pregnant despite taking regular birth control, reports the Mirror.

The duo had both decided that they weren’t going to have children when the wife fell pregnant, so it came as a shock.

The man posted on Reddit: “My wife changed her mind about wanting after her first ultrasound and I respected her decision, even if I wasn’t the happiest about it.

“I told her that regardless, I wasn’t gonna force her to make a decision.”

The baby was now due in two months and the pair even threw a gender reveal party which the dad went along with to make his wife happy.

He wrote: “Once the gender reveal happened everyone including my wife was ecstatic. She went to go hug me and I hugged her back, just not with the same energy.

“She looked at me with a concerned face but went off to hug some of her friends and family. Once it was over and we got everything put up she blew up at me.

“She said I embarrassed her in front of her family and the least I could’ve done was pretended I cared. I told her I didn’t really see a point in throwing a party just because of the gender but she wanted to do it so I agreed.

“She said that she understood that I didn’t really want to have a baby but that since they were almost here that I should probably lose the attitude already.”

The bloke told his wife that she shouldn’t be surprised that he wasn’t excited because she knew he didn’t want the child.

But, she said she had hoped the gender reveal party would get him excited.

The dad-to-be asked Reddit if he was an a**hole for not faking excitement at the party – and people were divided. 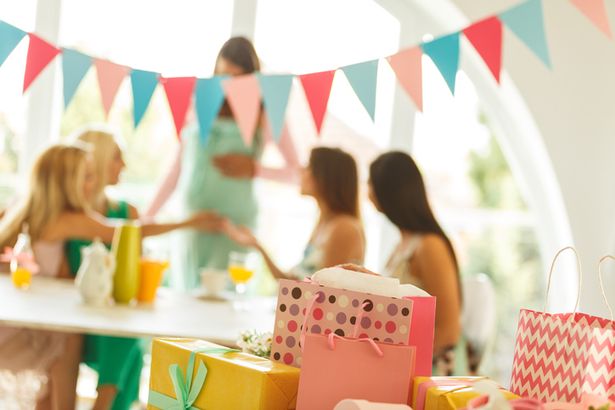 He asked Reddit users whether he was being unreasonable
(Image: Getty Images)

“I don’t think this is really a question about who’s the a**hole, I think your world is changing dramatically in a way which you weren’t prepared for, and that therapy is almost definitely required,” one Reddit user posted.

“It’s not wrong to be freaked out, but you’ve decided to go ahead with this, and now you need to find a way to come to terms with it— ideally before the kid arrives, so you can parent your child in the fullest and best way possible.”

Another commented: “As someone who had kids when he wasn’t prepared because my wife pushed for it, please seek help. It really eats you up and it makes parenting so much more difficult. Because whether you like it or not and whether you divorce or not, this is your kid now.

“You will have to adjust to that in one way or another, so please seek help. I didn’t and six years later I still deal with the resentment over it.”

Another noted: “She’s not the Virgin Mary, OP. You’re viewing this through the lens of ‘her decision to keep’ but not our child.

Others were on his wife’s side, and one commented: “I think preventing a pregnancy and getting an abortion are two different things..”

What do you think? Tell us in the comments below…

Sign up to the free Hot Topics newsletter for more lifestyle stories.