Hundreds gathered in Tweed Heads to mourn the death of nine-year-old girl Charlise Mutten, who was found dead after being reported missing in the Blue Mountains last week.

The remains of a child, found in a barrel near the Colo River on Tuesday, are said to be “consistent” with Charlise, who was reported missing last Friday.

Her mother’s partner, 31-year-old Justin Stein, has been charged with murder over the girl’s death. 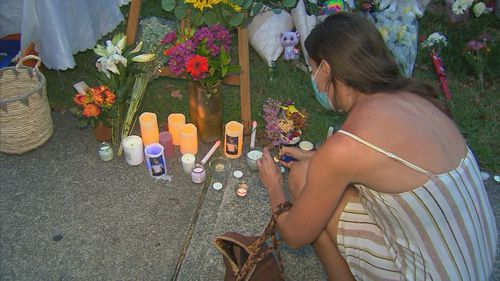 Charlise was on holiday in NSW, but lived in Queensland, where her school friends and hundreds of others came together overnight for a vigil.

Attendees spoke of the girl’s sense of humour, her kindness, and her love of swimming and butterflies.