Novelist Elizabeth Day has criticised the approach of some fertility doctors, saying telling women ‘your body isn’t responding to IVF drugs’ can make them feel like they’re physically flawed.

The How to Fail podcaster, 43, who’s written five novels including The Sunday Times bestseller Magpie, was speaking to former Radio 1 DJ Annie Macmanus on the podcast Changes about her own struggles to conceive.

The novelist opened up about her battle to have a child both during her first marriage to former BBC editorial director Kamal Ahmed, who she divorced at the age of 36, and with her current husband financial tech CEO Justin Basini.

She told the podcast that women undergoing fertility treatment can often feel ‘gaslit’ by the doctors treating them, saying she’s experienced it firsthand.

Day told the broadcaster she was often left feeling like ‘I’m failing but there’s an added level of moral judgment coming on me from people who I’ve been taught to respect who have an enormous amount of power in a medical situation.’

Scroll down for video

Magpie author, 43, told Annie Macmanus on the Changes podcast that she’d felt ‘radicalised’ by some of the experiences she’d had while trying to fall pregnant 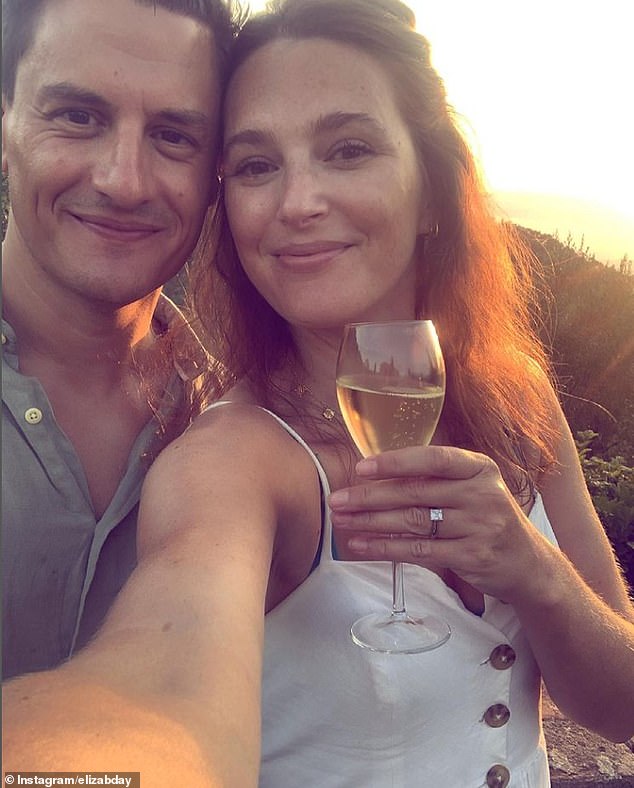 Day pictured with her husband Justin Basini, who she wed in 2021; speaking to the Changes podcast, she said the medical profession could do better to help women struggling to conceive

She told Macmanus that after relaying her experiences to a friend, they suggested: ‘Maybe you’re not failing to respond to the drugs, maybe the drugs are failing you’.

Day says: ‘It was a truth bomb moment. I’m basically being gaslit by a male- dominated establishment – none of them will have any idea what it’s like to miscarriage, let alone menstruate.’

Day added that she thought ‘there are some amazing, compassionate medical professionals out there and I’ve met so many of them’ saying the profession was ‘changing for the better.’

Referencing the fertility struggles of one of the characters in Day’s hit book Magpie, Macmanus asked the author how much had been based on her own experiences.

The author said she wanted to write about her own experiences in novel form, saying: ‘I’ve had IVF, I’ve had miscarriages, I’ve frozen my eggs, I’ve had operations on my womb – and I really wanted to put that somewhere’.

She also told the broadcaster walking out of the marital home in February 2015, after her first marriage to Kamal Ahmed unravelled was the ‘hardest thing I’ve ever done’. 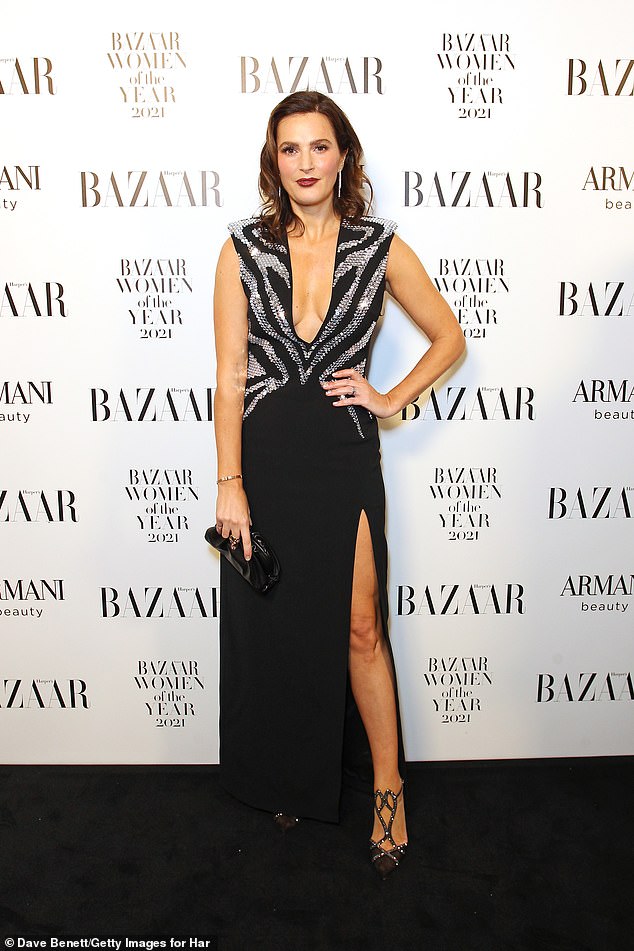 ‘When I realised I was truly unhappy, it was after one gruesome year when I’d had two unsuccessful rounds of IVF, then I got pregnant naturally and then I had a miscarriage at three months. I was a hormonal wreck and numb with sadness.’

She said she knew after a ‘grim Christmas’ that ‘the level of unhappiness was unsustainable’ and she went into therapy.

Knowing the marriage wasn’t going to survive, she told Macmanus that she had ‘terrible shame’ at the idea that it had failed but knew ‘I’d hit a wall and needed to make a change’.

In the podcast, Day also praised the Channel 4 comedy Derry Girls for explaining her experiences of growing up in ‘heavily’ Catholic Derry, Northern Ireland, where her family moved when she was just four. 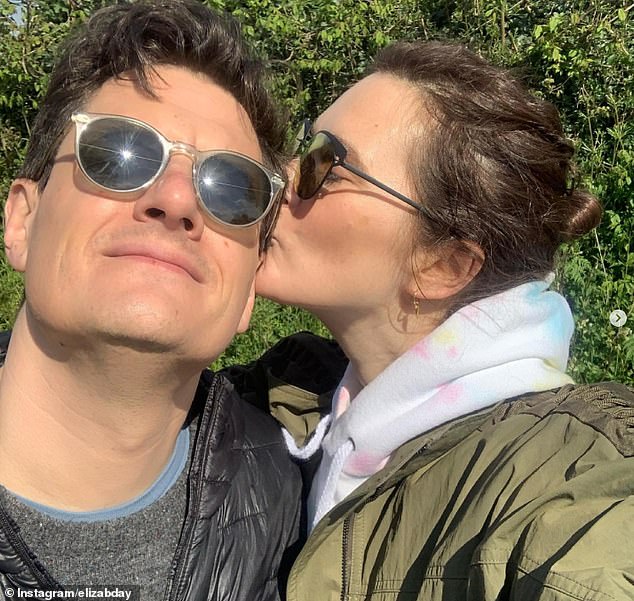 In the podcast, Day, pictured with her husband Justin Basini, praised the Channel 4 comedy Derry Girls for explaining her experiences of growing up in ‘heavily’ Catholic Derry, Northern Ireland, where her family moved when she was just four

Describing her own experiences, she said: ‘It was a really unmooring experience; we were moving across the sea and it was still part of the UK but it felt very different. Northern Ireland was still going through, in 1982, what was effectively a civil war but it wasn’t talked of in those terms.

‘To speak with an English accent as I did, and as my family did, was to mark you out an outsider, and in certain quarters, the enemy’.

Day said secondary school in Belfast was a ‘brutal’ experience because ‘children of that age are less forgiving of difference’ and that growing up she got ‘very used’ to military checkpoints and ‘bomb scares in the local shopping centre’.