Chrissy Teigen has hit back at trolls who claimed she changed her appearance in a new Instagram picture.

The model and television personality, 36, shared an adorable picture of herself cuddling her four-year-old son Miles on a boat on 7 August.

She captioned the sweet picture: “Keeping up with this one somehow”.

However, some Instagram users decided to focus their attentions on Teigen’s appearance.

Some social media users even claimed the star was always ‘changing’ how she looks.

As fans of the cookbook author already know, she is not someone who is afraid of calling out her critics and she did just that.

“Don’t even recognise her,” one person commented.

Teigen pinned the comment to the top of the comments section. She then quipped: “I have had these teeth for like 10 years.”

The star – who is very forthcoming about the procedures she has had – referred to her veneers in her cheeky response, which she previously called the ‘weirdest thing’ she had ever done for beauty.

In a 2016 interview with Refinery29, she said: “Oh! Maybe that I got veneers? I shaved away my teeth and made them into little pencil points for nice teeth. That’s kind of weird if you think about it. I was a notorious teeth-grinder, so all my front teeth became a couple of millimetres shorter”.

Another Instagram critic wrote: “You’re beautiful, why do you keep changing your face? I didn’t recognise you in this pic.”

A third wrote: “Something is soooo different about her. Still beautiful but so different.”

One social media user came to Chrissy’s defence, writing: “She literally looks the same. Wtf is wrong with everyone’s eyes in these comments. She just has her makeup done, obviously.”

Another fan urged everyone to keep their comments about Teigen’s appearance to themselves. “You look beautiful and happy, I hope this is a wonderful time for you and your growing family!

“I also want everyone to choose kindness and maybe keep mean opinions to themselves. We’re all just trying to survive, choose kindness. It’s not that hard,” they said.

In other news, Teigen has said she was ‘too nervous’ to announce her current pregnancy, following the loss of her baby son Jack in 2020. 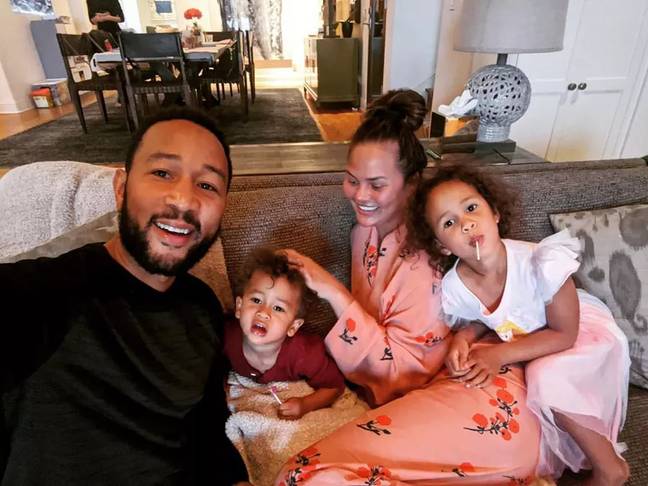 The 36-year-old announced she’s expecting another baby with her husband John Legend in an Instagram post shared last week with a beautiful photo of her growing bump.

She wrote in the post: “The last few years have been a blur of emotions to say the least, but joy has filled our home and hearts again.

“1 billion shots later (in the leg lately, as u can see!) we have another on the way. Every appointment I’ve said to myself, ‘ok if it’s healthy today I’ll announce’ but then I breathe a sigh of relief to hear a heartbeat and decide I’m just too nervous still.

“I don’t think I’ll ever walk out of an appointment with more excitement than nerves but so far, everything is perfect and beautiful and I’m feeling hopeful and amazing.

“Ok phew it’s been very hard keeping this in for so long!”

The couple also have a four-year-old daughter together named Luna.