Stacey Solomon has opened up about her last few days of pregnancy in a new video.

Stacey Solomon has said she feels ‘so gross’ and ‘can’t breathe’ as she prepares for the birth of her baby.

And just days before she’s due to give birth, Stacey shared a video of her baby bump, explaining that her clothes no longer fit her.

“I feel so gross at the minute,” she explained. 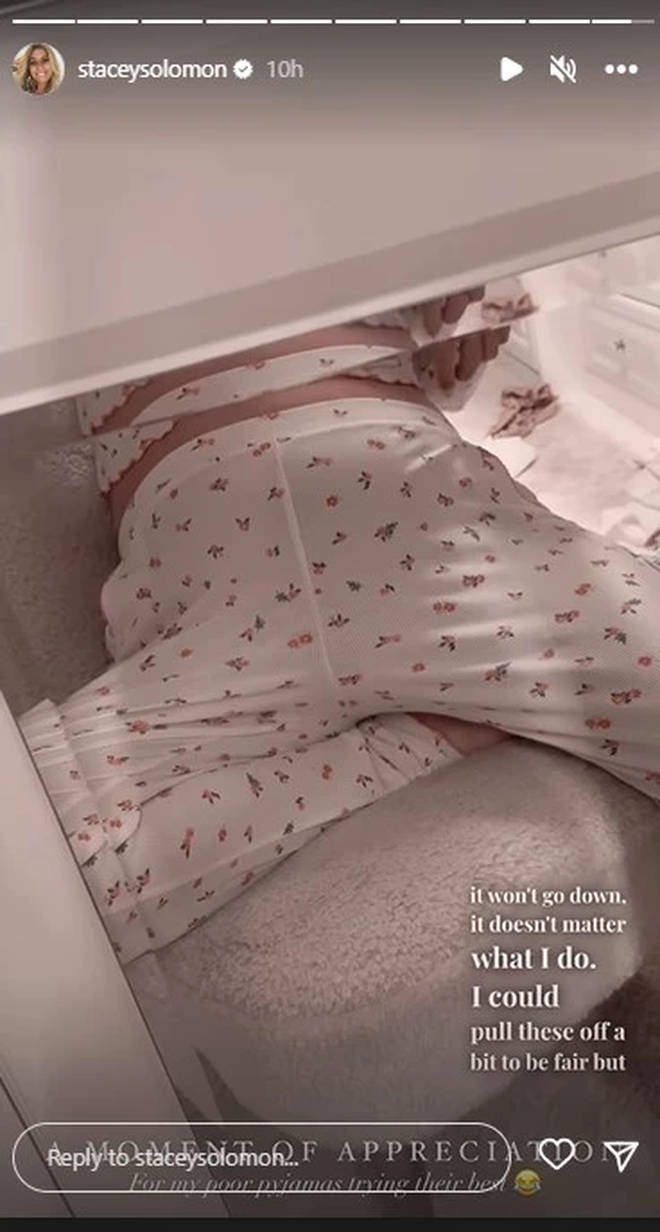 Stacey Solomon has said none of her clothes fit her.

“I’m just at that stage where I actually can’t breathe and I’m so massive. I just feel like a sloth, like an absolute sloth.

The Sort Your Life Out star already shares Rose, one, and Rex, three, with Joe and Leighton, 10 and Zachary, 14, from previous relationships.

And as her little family is about to get even bigger, Stacey has admitted to fans that she has been trying to postpone going into labour this week.

After some fans guessed she may have already given birth, the star explained why she had taken some time away from her social media account. 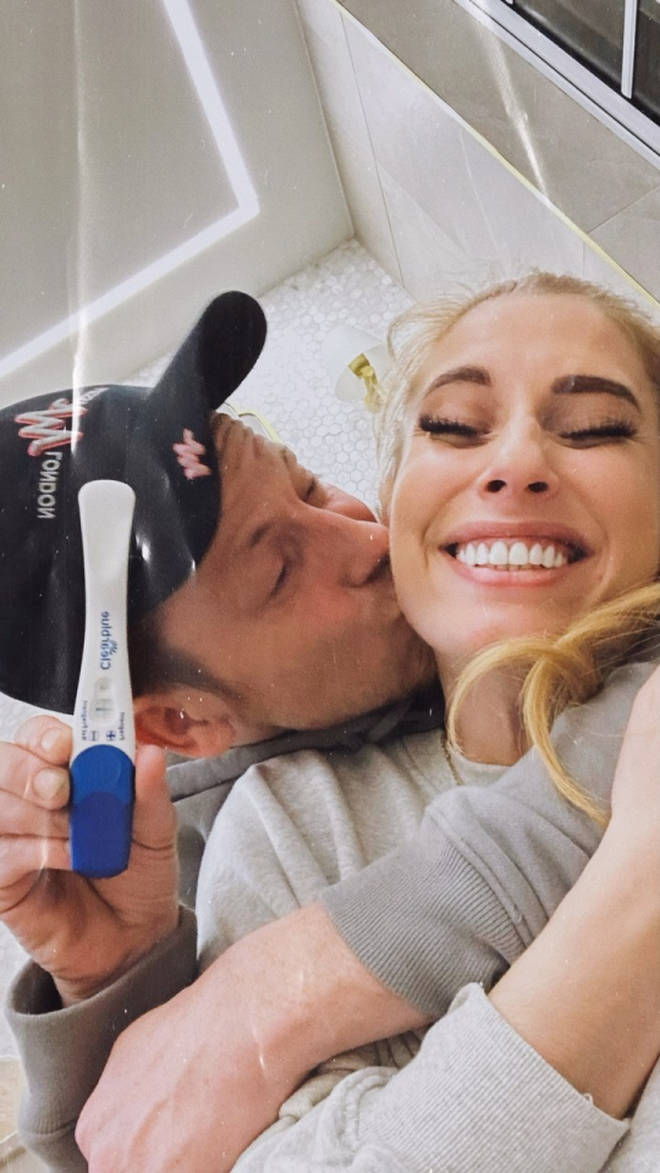 Stacey said: “Sorry, I’m very much still full-term pregnant, I just really wanted to try and make it to a couple of days before the baby comes.

“I know I can’t control it, but my midwife was like: ‘If you want a chance of getting to those days, calm the hell down and don’t do anything silly’… so I’ve been trying to rest and I made it to today, which I’m so excited about.”

This comes after Stacey announced she was pregnant with her fifth child back in December, but told fans her latest baby was coming a lot sooner than expected.

“Coming soon… much sooner than we thought,” she said at the time.

“When we found out we still wanted to have that first few months you usually would to adjust and get excited and enjoy it to ourselves, but that didn’t leave us with very long left.”

She added: “So this time next month we will be getting ready to say hello to a whole new pickle.”