Parliament is currently discussing amendments to the IVF law which would allow pre-implantation genetic testing for monogenic disorders (PGT-M). This testing screens embryos prior to their transfer to the uterus to check for inheritable genetic conditions.

Polar Body Testing is a method for the genetic analysis of oocytes before the end of fertilization (preconception diagnosis) which has been propose as an alternative to PGT-M.

In reply to Newsbook.com.mt‘s questions during a press conference today, Fearne said “Polar Body Testing can be done on eggs before fertilisation,” adding that “our specialists can carry out Polar Body Testing in agreement with the prospective parents.”

However, Fearne dismissed the Opposition’s assertion that PGT-M is not completely accurate in testing for genetic conditions, explaining that Polar Body Testing is less accurate.

“Polar Body Testing is much less accurate than PGT-M,” Fearne said. While noting that PGT-M is “very accurate” he said no testing can be 100% accurate. 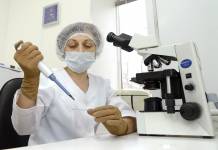 He added that the argument against using PGT-M because it is not 100% accurate does not stand because Polar Body Testing is far less accurate.

If the legal amendments are approved, prospective parents will have the additional choice to use PGT-M “to have the peace of mind that their babies do not die six months, or a year after their birth…but its totally up to the professionals and prospective parents.”

This came after Doctors for Life have proposed the introduction of Polar Body Testing instead of PGT-M, with the NGO saying that this was a more “ethical” alternative.

“At the point of fertilisation, a new human life has begun whether this happens naturally or in IVF. This is a scientific and biological fact and not a matter of opinion,” Doctors for Life said.

“A human embryo is not just a ‘clump of cells’, but a living, complete organism. It is a human being at an early stage of its development and as such needs to be treated with due respect and dignity,” Doctors for Life said, and added: “A bias that attributes value to a human life according to functions, faculties, size or appearance has no place in a society that seeks to eliminate discrimination amongst human beings.”

The amendments tabled in parliament by Fearne list nine conditions that will be tested but allows the Embryo Protection Authority the leeway to add more in the future after discussions with patients and their clinical team. While Huntington’s Disease, a degenerative condition of the brain, is listed, ALS is not.

Asked why ALS was not on the protocol list, Fearne said that it was because PGT-M was restricted to monogenic diseases.

“Monogenic diseases are easily identifiable, and the tests are highly accurate. PGT-M is not for every condition and will be restricted to couples with a known history in the family,” Fearne said.

BE THE FIRST TO RECEIVE THE LATEST NEWS