White House Press Secretary Jen Psaki on Thursday scoffed at a question about the possibility of phony pregnancies allowing for the release of Haitians who illegally cross the US-Mexico border.

Psaki brushed off the notion that some of the more than 10,000 Haitian migrants who crowded under a bridge near Del Rio, Texas, last week might be exploiting a loophole to avoid swift deportation under the COVID-19 Title 42 policy.

Fox News correspondent Peter Doocy told Psaki at her daily press briefing that “we’re told by our teams on the ground you guys are releasing pretty much all family units, couples where the woman says that she is pregnant or single women who say that they are pregnant, and that nobody actually has to take a pregnancy test.”

Doocy replied, “You tell me.”

“I’m not aware of pregnant women being a big issue of concern to people at the border,” she replied. “What I will note for you, Peter, is that, as I said earlier, there is a process if people cannot be expelled under Title 42 for a range of reasons.”

White House Press Secretary Jen Psaki brushed off the notion that some of Haitian migrants might be exploiting a loophole to avoid deportation.REUTERS/Evelyn Hockstein

Psaki said that “some of that is because countries they came from … may not be accepting families with children under the age of 7. They are placed in removal proceedings. Those removal proceedings require them to either go to a detention facility or to go get a notice to appear, and including providing their biometric data and otherwise so that they can be. We can ensure we know where they are and we can ensure we know when they’re going to come back. So that’s what the process is, if there’s a big outrage about pregnant women, I’m not tracking it.”

A rush of Haitians to the US-Mexico border compounded an existing migration crisis triggered by largely Central American asylum-seekers. In August and July, apprehensions of people along the border exceeded 200,000 — even more than when the crisis began earlier this year. 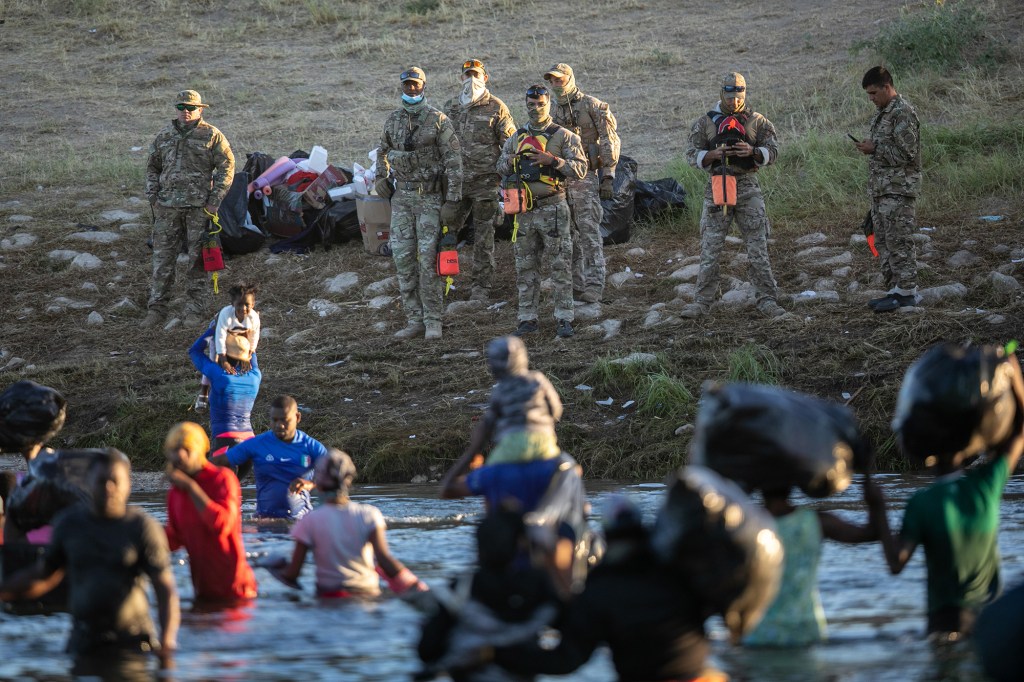 The Biden administration on Thursday released some data on the Haitian group that rushed the border. About 1,400 people were deported on 12 flights to Haiti in the past week, the Department of Homeland Security said. Another 3,200 are being held as part of removal proceedings.

It’s unclear how many of the group were released into the US with notices to appear at subsequent hearings, but there are reports of pregnant women being released.

Migrant Jimy Fenelon, 25, told The Guardian that he and his eight-month-pregnant partner, Elyrose Prophete, were released Tuesday to stay with a relative in Florida.