A Queens man was sentenced to a little over 26 years to life in prison Thursday for savagely stabbing his pregnant ex-girlfriend to death three years ago.

Anthony Hobson, 51, dragged 35-year-old Jennifer Irigoyen from her third-floor Ridgewood walk-up and butchered her at around 1 a.m. on Feb. 3, 2019, as she pleaded for her unborn child’s life.

A neighbor who heard the desperate cries rushed out and saw Hobson repeatedly plunge a steak knife into Irigoyen’s neck, chest and abdomen.

The sicko fled the scene with the murder weapon, which was never recovered, according to prosecutors. He ran off to Pennsylvania but returned five days later and turned himself in.

In a jailhouse interview not long after his arrest, Hobson told The Post:  “I have a lot to think about.”

Hobson was convicted of murder in the second-degree, tampering with physical evidence and criminal possession of a weapon in the fourth degree. Queens Supreme Court Justice Michael B. Aloise sentenced him to a total 26 1/3 years-to-life behind bars.

Jennifer Irigoyen was 5-months pregnant when she was murdered in her Ridgewood home. 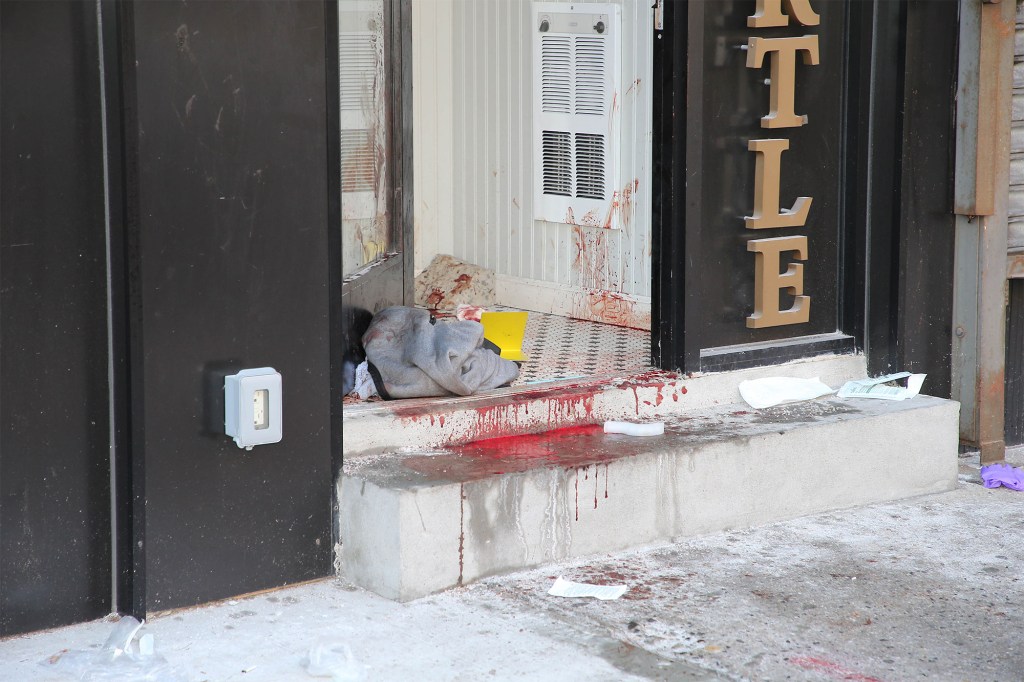 Irigoyen pleaded with Hobson to spare the life of her unborn child.Ellis Kaplan

“Today’s sentence brings the defendant to justice for a brutal crime,” Queens District Attorney Melinda Katz said in a statement.

Hobson originally also had been charged with second-degree abortion by former Queens District Attorney Richard Brown’s office. But that charge was dropped after Albany lawmakers removed the statute from the state’s penal code as part of the Reproductive Health Act signed by then-Gov. Andrew Cuomo.