When Hayley Price first fell pregnant with her daughter Emmy-Lou, she was beyond thrilled to become a mother.

The Queensland mum, 27, and her husband Jesse were expecting a baby girl in 2019 when her pregnancy symptoms took a strange turn.

She started experiencing swollen glands and knew something was wrong once the gland began to “harden”. At first, Hayley thought it might be something to do with her unborn daughter.

“I knew it wasn’t something that was a normal pregnancy symptom, I needed to go to the doctor,” Hayley tells 9Honey.

Hayley delivered Emmy-Lou early as she needed chemotherapy for her blood cancer. (Supplied)

READ MORE: The realities of living with stage four breast cancer Rosealeen and her family face every day

“I maybe thought my body was fighting an infection of some sort, so that’s all I thought it was.”

After ensuring everything was okay with her growing baby, Hayley went in for tests and saw a haematologist.

She was 32 weeks pregnant as she sat across from a doctor who delivered earth-shattering news.

It wasn’t just an infection – it was blood cancer. Stage 4 Hodgkin’s Lymphoma, to be exact.

And if Hayley and her unborn bub wanted a chance, she needed to give birth prematurely and hit the cancer hard with chemotherapy. 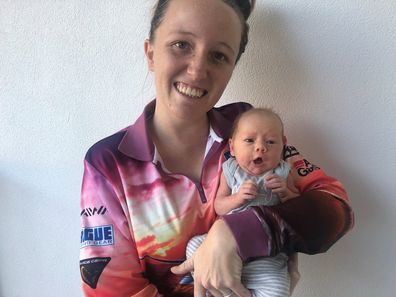 READ MORE: ‘I thought it was all from not exercising and I just needed to get fit again’

“It was a shock, and I was more worried about whether [Emmy-Lou] was going to be okay, more than anything else,” Hayley recalls.

In April 2019, at just 33 weeks, Hayley welcomed her daughter Emmy-Lou Grace into the world via C-section.

She weighed a tiny 2kg and she was whisked away to the NICU ward and special care nursery, while Hayley faced gruelling chemo right away for her blood cancer in Townsville.

“I honestly felt like the rug was ripped right out from underneath me,” Hayley says.

“My introduction to motherhood was now far from what I had imagined it would start out like.”

Two weeks after giving birth, Hayley started treatment and admits she had “never been so scared” in her life.

She had a severe anaphylactic reaction to her second chemo drug and was put on another round which would take six long months.

For the new mum, being away from home for so long was unthinkable.

Hayley knew, however, she needed to push forward for Jesse and precious Emmy-Lou, who stayed by her side the entire time. 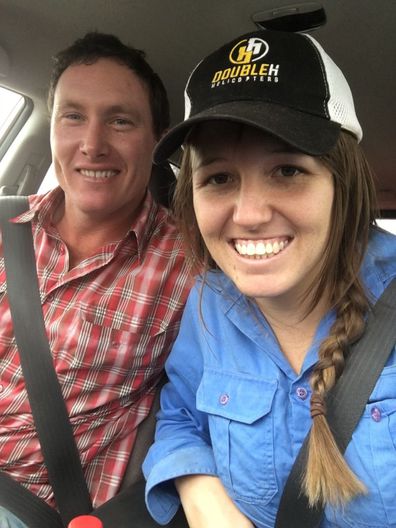 Hayley and her husband Jesse. (Supplied)

“I was so tired and drained,” Hayley remembers. “All I wanted to do was just go home. I had had enough. I just wanted everything to go back to ‘normal’.”

“But when you’ve got a child to look after, you have to push through it all. You don’t have a choice.”

After two rounds of chemo, Hayley had a PET scan and was shocked and relieved to find it was all clear.

She still faced four more rounds of chemo, so after six long months of treatment, the new mum was finally able to wave goodbye to the hospital and head home with Jesse and Emmy-Lou as a family of three.

Now, three years on, Emmy-Lou is a thriving toddler and Hayley is in remission and happily pregnant with her second child – something she thought may not ever happen after being diagnosed with blood cancer.

“It took me a good three months to gain a lot of energy back and not needing to nap throughout the day,” she explains.

“It’s been a nicer pregnancy this time around, but because I’ve got Emmy to look after, it’s also a little harder in that regard.” 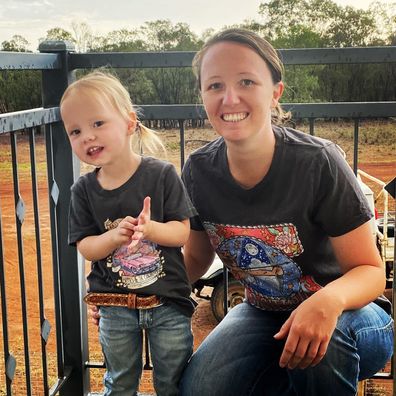 Emmy-Lou is now three and Hayley is pregnant with her second child. (Supplied)

“It was so important to be around people going through the same thing,” she says. “Connecting with them helped so much, and you create a little family you can talk about what you’re going through.”

“Nobody truly understands what it is like unless you’ve gone through it yourself.”

If you or someone you love is diagnosed with a blood cancer, reach out to the Leukaemia Foundation on 1800 620 420. Alternatively, to help Australians with blood cancer get access to better care, treatments and information, go to leukaemia.org.au to make a donation – every dollar counts.

For a daily dose of 9Honey, subscribe to our newsletter here 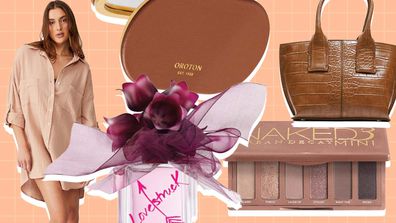