Around the 24 – 28th week of your pregnancy, the inevitable Gestational Diabetes Glucose Test or Glucose Tolerance Test (GTT) has to be done (unless you already have diabetes, in which case you will be having regular testing done anyway).

This very important test which involves fasting from the night before, then drinking a sweet flat lemonade tasting drink.

A blood test is then done a few hours later, which will detect potential health problems caused by high blood sugar levels later on in the pregnancy including having a very large baby, possible stillbirth (in very rare cases) and both you and the baby developing diabetes later in life. The good thing is that Gestational Diabetes can be managed with a good diet and regular pregnancy-approved exercise.

What is Gestational Diabetes?

Gestational Diabetes is a type of diabetes that occurs during pregnancy.  It is the fastest growing type of diabetes and it affects between 12% to 14% of all pregnant women.  During pregnancy, women need to make two to three times the amount of insulin than when not pregnant.  Insulin is produced through your diet, particularly through carbohydrates.  With gestational diabetes, the pregnancy hormones produced by the placenta prevent the insulin from working properly in the body.  The body then doesn’t know how to deal with the pregnancy’s demand for more insulin, so produces more.  This then makes your blood have a lot higher levels of glucose which can be diagnosed with the Glucose Tolerance Test.

What are the Effects of Gestational Diabetes?

Gestational Diabetes can make your baby grow very large which in turn increases the potential need for a c-section birth (and there are always risks with surgery).  A positive gest of gestational diabetes can also mean that both you and your baby can be at risk of problems with diabetes later in life.

The good thing is that most mums who have GD will go back to normal after giving birth. How to Treat Gestational Diabetes

GD is treated with diet and activity.  Most women will be referred to a dietitian who can assist with types of food that will assist (usually lower in carbs) and also prescribe a low-impact exercise program that is suitable for pregnancy.

If the diabetes is still not able to be reined in with these measures, medication may be required.

Who are at the Most Risk of Gestational Diabetes?

The mums who are:

Okay we’ve told you what it is and how it is treated – now find out about other mum’s experiences taking the Glucose Drink!

You Can Ask for a Plain Version

A word from the wise, if you cannot stand sugary shit much.. like if cheesecake is too rich for your tummy, and you shit for days after eating it, ask for the dye free kind (just say the dye bothers you) . It tastes like sugar water instead of orange pop syrup. I took one test with the orange kind, and failed. I did the same test again, and used the un dyed kind and passed! Also, I didn’t fast the first time and failed (I had peanut butter on toast before) and the second time I fasted and passed. So fasting is better. But if you have GD, there is nothing you can do to change it. It’s not your fault your damn placenta blocks your insulin! (I had GD during my second pregnancy, but not this time bitches!)

It Was Disgusting – But I Had to Do It

It was disgusting!! I had to do the test twice because of the diabetes history in the family, I was going to throw up 🤢 but the lady said if I throw up then I have to reschedule and drink it again so I just gulped it down lol, I hated it !!!

Hated Reading About It

The worst part for me, was reading about how people had hated it……. Because it was absolutely fine 😆 the drink tastes fine .. i drank heaps of water and felt fine.. boredom was the worst side effect.

I Was a Bit Tweeky Afterwards

For me it was fine. The drink tasted like very sweet Gatorade. I got a little tweeky because of all the sugar so it was hard to focus on anything. Time went by really slowly and I tried to pass the time on my phone by playing games/browsing reddit, but I just couldn’t focus with all that sugar in my system.

It Sucks but Hang in There

The glucose tests suck!!! I weigh 52kg, 5’6 tall. Im technically underweight, and was with all my pregnancies. I had GD with both of the last 2. Ugh, I was so pissed. So, yeah, you can still have it at normal or even underweight. Those dam tests are terrible. It takes a couple of hours for the test, and if your blood sugar dont look right, they make you take a FOUR HOUR test to make sure. They did tell me to fast, because they want to know exactly how much sugar you have ingested. Water should be fine, though. Those drinks are the worst. So disgusting. I know it sucks, but the good news is it doesn’t necessarily mean anything bad. I had to go to a one time nutrition class at the hospital and I had to check my blood sugar 4 times a day and write ot down it a log for my doctor. That’s it. Hang in there. I got through it twice and its not always that bad.

I Was High Risk of Having Gestational Diabetes

I had to do it twice during my pregnancy as I was at risk of getting gestational diabetes. It’s not that bad the drink tastes like really sweet flat lemonade just don’t think about it and drink it quickly if you sip it it’s worse. Frankly I Enjoyed It

I had heard so much about this “disgusting”, “revolting” drink before I did my test that I felt ashamed for frankly enjoying it when I drank it! I was in the midst of an unending cold and it was just so oddly refreshing. However, when I had to go back for the three hour test I have to admit those extra 25g of glucose were a little tough to take!

People Are So Dramatic

99% of the time when I see women say “IDK what the big deal is, some people are so dramatic” it’s because they did a 1hr test and passed. Most women get through the 3hr test just fine and all they have to say about it is that the drink is gross and it’s really boring to sit in a waiting room for 3 hours. Some women have a really bad experience. Regardless, the test is probably not going to kill you. But you probably won’t enjoy yourself during it.

I did the 3hr test twice during this pregnancy and they were two different experiences. I would describe both of them as sucking. The first time was awful because I went super hypo, but I passed. The second time just regular sucked, but I mega failed. I have big fat juicy veins, so getting my blood drawn 4x in one morning was a non-issue. I know it’s an issue for some people, though.

If You Barf They Make You Do It Again

It was terrible her me and fyi if you barf they make you come back on another day and do it again.

Am I weird? I didn’t mind the taste of the stuff or feel weird at all. I was just more bored having to wait an hour. Got my results, totes normal. 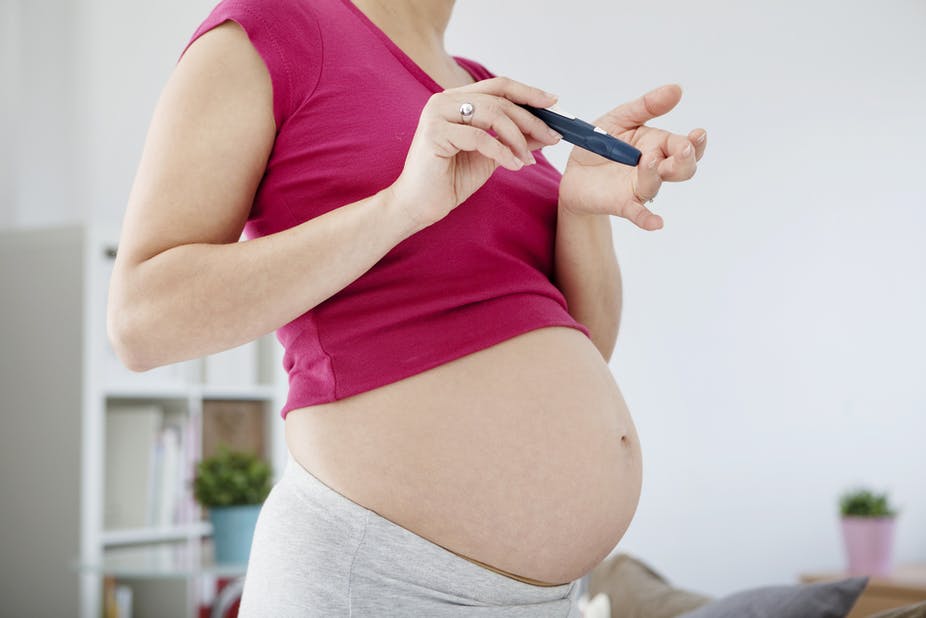 Image via The Conversation

Was just like a bottle of real thick sprite. People talk it up. It’s not bad

With my first babe, I had terrible morning sickness and projectile vomited the drink in the waiting room (after the first hour). With my second babe, a nurse recommended to eat a lot of carbs for dinner the night before and request the drink to be refrigerated and to take a straw. Way better the second time around, just felt hungry.

I was 5 minutes from my last blood draw when I told one of the nurses that I wasn’t sure I was going to make it. ALL HANDS ON DECK! Ice water, ice pack, fan – she had the other nurses jumping to get me comfortable and cooled down while she had the last needle prepped and ready to draw at 4:59.

For those few moments, saving me from another 3 hr glucose check was her personal mission. Thank goodness for amazing nurses.

It Wasn’t That Bad

I went in thinking it would be horrible… but it actually wasn’t that bad. Taste was a touch sweet, but not unbearable! You’ll be fine 🙂

A friend of mine threw up on the car ride home after her one hour test – she said it was super gross. If it’s just sweeter tang, I think I can handle that 🙂

I like the taste of it and felt pretty good (had it this morning). But then again my blood sugar is usually stays pretty low most of the time regardless of what I eat/drink and I really like sunny delight (orange flavor glucola, yum). If you become concerned about any symptoms, please seek immediate medical attention. We have some hotlines and suggested websites for further information and advice.

SAHM takes no responsibility for any illness, injury or death caused by misuse of this information. All information provided is correct at time of publication.