Shia LaBeouf seems to be getting ready for dad duty … with a little help from the Swedes!

The actor and his very-pregnant girlfriend, Mia Goth, hit up IKEA Saturday in Burbank, where they were spotted in the checkout line with a cart full of items that appeared to be packed to the brim. 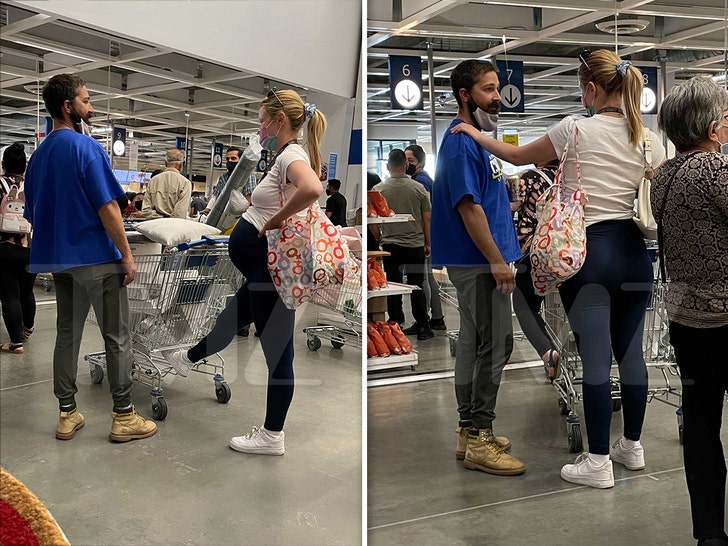 Unclear what exactly they bought, but we wouldn’t be surprised if it was baby-related. The big box furniture store has great deals on cribs within their walls … and that kid is a-comin’!

As you can see, Mia looks just about ready to pop … something that wasn’t lost on Papa Bear. Eyewitnesses tell us Shia was rubbing his BM’s tummy early and often as they waited … in between their semi-masked convos, that is. 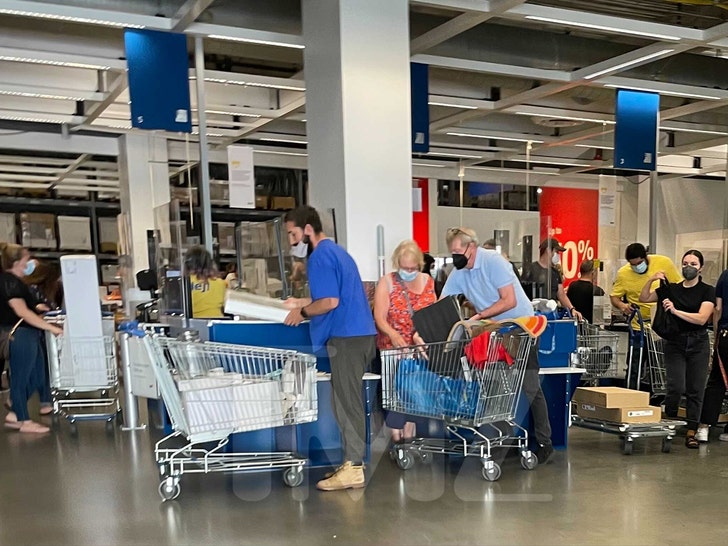 Yes, SLB’s face covering is hanging below his mouth in a lot of these shots — but the IKEA staff didn’t seem to be sweating it too much. Mask mandates have been lifted throughout much of California, but not in L.A. County.

Per usual, he was looking very much like an average Joe from the Valley … rocking a Rams T-shirt, jogger pants and literal Caterpillar work boots. If you didn’t know any better, you might not even recognize the guy at all … that’s how un-Hollywood he is in his regular life.

Anyway, this will be Shia and Mia’s first child together — this after being on and off romantically for years.