Things are pretty calm, so why would I rock the boat? Because I want another baby dammit!

I was always told ‘Two is good company, three is a crowd’ or ‘No one wants to be the third wheel and be a third child’ and the very worst ‘Bad things happen in threes’. What the hell did three do to cop such a bad rap?

Yes, I’m talking to you, my reproductive system. When we tried for our first baby, I was aware of an ‘urge’ that drove me to give up vodka and salami but considered it to be my decision in the big scheme of things. Flip forward 30 months and the thought of a second baby seemed very natural, and once again, I assumed it was all in my control.

I discussed my desire for another child with my husband and as luck would have it, he agreed. One would think we’d be spot on in saying it was our own decision-making right? Wrong. Wrong. Wrong. I now know that there are some baby-making-idea-pushing-midgets shacked up within my fallopian tubes, beckoning my eggs to dance their way downtown. What a bunch of jerks.

Dodging the Mistletoe for that Third Child

The busy business of whipping up an ovum shake at Christmas and gestating the concoction for 40 ankle-swollen weeks was far from being my utmost priority. My head said (yelled) “Are you freaking cray-cray woman, aren’t things are just getting easier?” whilst my selective memory, persuasive friends, and fancy hormones, were egging me onward toward another round of baby-making, with side whispers of “It wasn’t so bad, look how cute your kids are, and seriously, those cankles and varicose veins aren’t going anywhere anyway”¦so why not just do it?” Oh, the temptation was there alright! To be honest, it’s still there.

The emotional vacuum I experience after I birth my babies can’t be ignored in this process. Post-natal depression in its many forms ranges from a teary downer to absolutely debilitating for many new mothers. We should all talk about it. As much as possible, too. We shouldn’t be embarrassed or scared to seek the help we need to cope and talking about it with friends and family that can help us is so important. 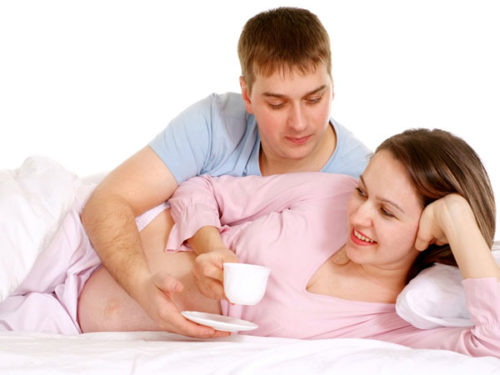 Should I Rock The Boat And Have A Third Child? via shewrites.com

I personally didn’t have the rainbows and butterflies experience in the first weeks after our babies came into our lives. The first time around I cried and breastfed while my patient husband spoon-fed me my porridge. The second time around was not so bad, I was flipping bacon and eggs one-handed my first morning at home, I just cried each afternoon at our birthing hour. On the seventh day, I then had a little epiphany that I had made it through the first week juggling a newborn and a toddler and that was really something. So would the third round be even easier, with perhaps even less emotional fallout?

Or will it be harder because there are more people needing my attention and time?  To be honest with you I’m not so sure I want to risk my mental health again for the third child, even though baby cuddles made me feel so good. Mmmmmm baby cuddles..

Everything in our home fits the four of us just comfortably. Yes, we can squish another booster in the back seat of the car if we have to, but you have to leave the lap-sash belt plugged in and get the third child to climb into it, unless you fancy contortion acts at sweaty, cranky school pick up time, just to get it done up.

Our dinner table is round which allows for chairs and such to be yanked up when guests hang out, and tables can be changed over of course, but ours fits our little home just right. This brings me to the little house itself. Our modest three bedder does the trick and sharing rooms is almost always a must according to young kids, but when they’re 14 and nearing six feet tall (yep they’ll take after Dad in that department) I can’t imagine bunk beds in those teeny rooms cutting the greasy teenage mustard.

Recently I met a very talented make-up artist and lovely lady who was quite pregnant with her third child. Whilst she kindly and expertly painted my face up for my girl’s wedding (I looked amazeballs, friends!) she explained her buffer theory.

She is actually the third wheel, ahem, the third child in her family and took on the duties of the ‘buffer’. A buffer dissipates arguments between the other two siblings, makes distraction available to one of the children when the other needs some quiet time, and also adds to the theory that kids just roll incredibly well as a little bundle of energy and chaos. Ok, she didn’t use the word chaos, that’s entirely my imagining, but I’m sure it’s a fun kind of chaos..right?

There have been parent sex recently. The sort where you notice the kids entranced by Thomas and the other really useful engines and you kind of moonwalk to the bedroom super quietly for seven hot uninterrupted minutes. It was quite an awesome experience. And there has been more!

Um, maybe stop reading now if you don’t want to know what we did on our first weekend away since we began having babies five and a half years ago. There was tequila involved.

So we were a part of the wedding of the century and had two nights away in what could have been a romantic getaway destination but was more like party central. It was my first night and day off breastfeeding after having done so for 1943 consecutive days (I worked it out on the way there) and we were happy to oblige in partaking in the partying.

After some crazy person’s idea to do coffee tequila shots and scoff delicious cakes before bed, I found out that I am an absolute ho-ho. Still”¦I’m sure it was the tequila and sugar, and no, my husband did not complain at all, but this was supposed to be the time I was going to decide once and for all if we should go back and have that ‘one more’ — third child — baby. I was way more focused on contortion, not conception. Make-up, dancing, tequila and wild monkey sex did not loan any brownie points to the ‘yes’ column of baby-making.

Shall I Easter My Eggs?

Christmas was the deadline in my mind.

A Christmas pregnancy for a late September birth would have spaced the kiddo’s birthdays just nicely and I won’t be large and in charge for the summertime again. Sweaty knees are a killer when you can’t reach them! But to my amazement the merriment, festivities, and magic that is Christmas at our house (oh Christmas Eve just crackles with excitement) didn’t push me over the edge of the sentiment and see me cave into my desperate want for another bubba, rather the boys happily building Lego and riding their new bikes while I sipped a cold bevy seemed to paint the picture of the years to come.

Is There Any Way To Make This Decision? Is Speed Dating Right For You?

How I Knew I Was SO Done Having Children…

The One Thing Mums Wish They Knew About Tutoring in 2023