Research from a 75-year Harvard study examined what psychosocial variables and biological processes from earlier in life predict health and well-being later in life.

Researchers found that children who were given chores became more independent adults.

The study shares, “Kids feel competent when they do their chores. Whether they’re making their bed or they’re sweeping the floor, helping out around the house gives them a sense of accomplishment.

Doing chores also helps kids feel like they’re part of the team. Pitching in and helping family members is good for them and it encourages them to be good citizens.”

Read more: The Pros and Cons of Paying your Kids to do chores

This achievement in turn leads to success. Success in a job, success in raising a family, success in running a household…

The study followed the lives of 724 high-achievers to see what is the easiest way to become a successful adult, Julie Lythcott-Haims, former dean of freshmen at Stanford University, explained during her TED talk:

“[The study] found that professional success in life, which is what we want for our kids … comes from having done chores as a kid. The earlier you started, the better. [A] roll-up-your-sleeves- and-pitch-in mindset, a mindset that says, there’s some unpleasant work, someone’s got to do it, it might as well be me … that that’s what gets you ahead in the workplace,” said Julie. In another interview with Tech Insider, Lythcott-Haims explained why doing the dishes now may help your kids become better people:

“If kids aren’t doing the dishes, it means someone else is doing that for them. And so they’re absolved of not only the work, but of learning that work has to be done and that each one of us must contribute for the betterment of the whole.”

“By making them do chores — taking out the garbage, doing their own laundry — they realise I have to do the work of life in order to be part of life. It’s not just about me and what I need in this moment, but that I’m part of an ecosystem. I’m part of a family. I’m part of a workplace.” A University of Minnesota 20 year study also found that the best predictor of adult success was based on if they had begun doing chores at an early age… as young as 3 or 4.

There is never an age ‘too young’ to start teaching your kids how to pick up after themselves and chip in around the house.

Very basic chores such as these should be regularly encouraged from as early as possible.

1. Pick up and put away their toys.
2. Put clothes in the dirty clothes basket.
3. Help put clothes away.
4. Keep their room tidy.
5. Put dirty cup/bowl/bottle in sink or dishwasher.

You can up the chore chart as the kids get older. We have a great list of age-appropriate chores to give you an idea of what jobs the kids can help out with. (Read more: 35+ Age-Appropriate Chores for Kids)

Meanwhile this mum may have taken it a bit too far.. 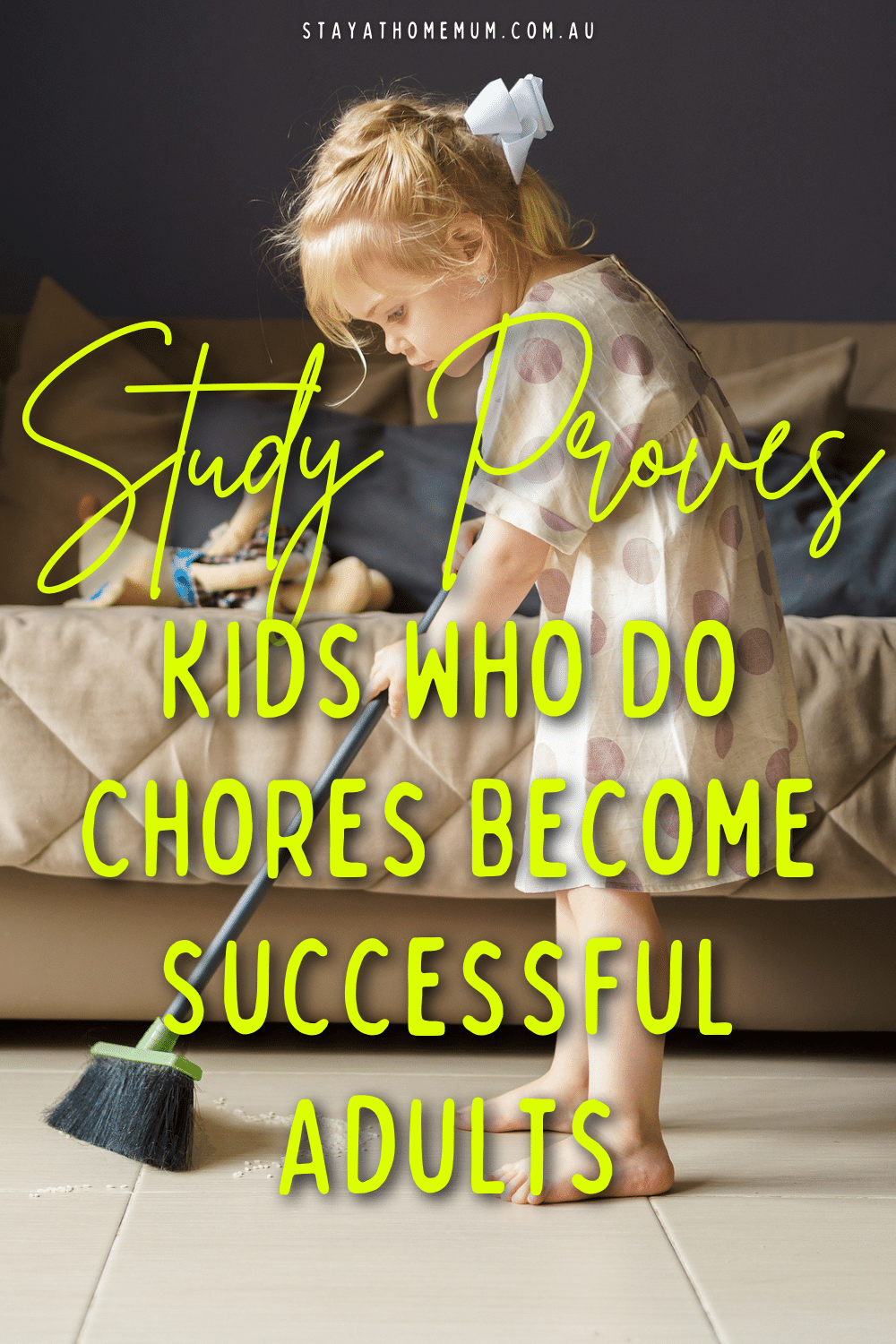