We’ve heard of some unusual ways that women find out they’re pregnant, but during a Brazilian wax? This is a new one.

That’s exactly what happened to Australian woman Laura, who revealed in a TikTok video that her beautician was the first person to suggest she was likely pregnant.

WATCH THE VIDEO ABOVE: Woman finds out during Brazilian wax that she’s pregnant

In the video, Laura explains it was her first time getting a Brazilian wax and she was feeling a little nervous.

She thought the hot wax might hurt, but she found the temperature “excruciating” – despite being used to having other parts of her body waxed.

The beautician was a bit stunned by her client’s extreme reaction, saying the wax wasn’t that hot.

An Aussie woman was alerted to the fact she might be pregnant during a Brazilian wax. Credit: TikTok

To illustrate, she put some of it on her own elbow.

But Laura was in pain and finding the wax unbearable.

“You’re not pregnant, are you?” the beautician asked her.

“I hadn’t confirmed (it) but the first person to even suspect it was the lady doing the Brazilian wax,” Laura explains in her video.

The beautician was spot on – Laura was indeed expecting a baby.

But why did the therapist suspect she might be in the first place?

According to Healthline, getting waxed during pregnancy is generally considered safe.

But some women, when pregnant, experience extra sensitivity to it.

“Your body is producing extra blood and fluids to support your growing baby,” the website states.

“As a result, your skin may be more sensitive than usual, making waxing more painful.

“If you’ve never been waxed before, it might not be a good idea to start during pregnancy.

“With your doctor’s approval, try taking two Tylenol an hour before the treatment to minimise discomfort.” 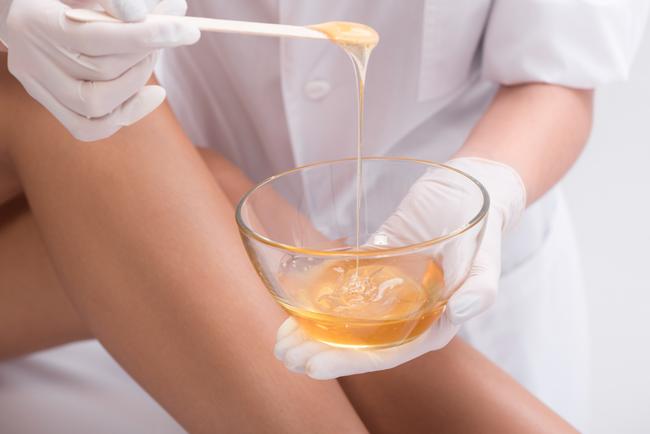 Some pregnant women can also experience a condition called melasma, or “pregnancy mask”, where brown or greyish patches appear on the skin.

Women who have melasma are advised to avoid waxing areas where the patches appear, as it can irritate the skin and cause the melasma to get worse.

When Laura posted her video to TikTok, other women came forward to share similar experiences, while others said it was the first time they’d heard of such an issue.

“Omg what a way to find out!” one person commented.

“I’ve been getting waxed for years but immediately stopped when I fell pregnant, it was sooo painful!!” another exclaimed.