Even though Roe v. Wade is still the law of the land, it is very difficult to access abortion care throughout much of the U.S. due to restrictive state laws and lack of clinics providing these healthcare procedures. Current Supreme Court jurisprudence says people can seek abortions up until the point of viability—around 23 or 24 weeks of pregnancy—and states can only regulate abortion as long as it does not cause “an undue burden” for the person seeking an abortion.

For example, in the last few months, Texas banned medication abortion—the cheapest, most non-invasive and most common method of early abortion. Texas also banned all abortions after six weeks of pregnancy. Legislators behind laws like these are callous to the realities women face when forced to carry a pregnancy to term. Instead, they seem most interested in protecting fetuses in wombs, rather than the people whom the wombs belong to, or even their children once they are actually born.

Yet, sadly, the Supreme Court has been rewarding such anti-abortion efforts. On Dec. 1, the Court heard oral arguments in a case involving Mississippi’s 15-week abortion ban; the following week, the Court issued a devastating ruling allowing Texas S.B. 8 to stand. Many see these recent Court decisions as signals it’s poised to overturn Roe and throw away 50 years of precedent—all while trying to pretend it’s not.

It is not neutral for the Supreme Court to allow states to ban abortion, as Justice Brett Kavanaugh recently suggested. The people who are most hurt by such actions are poor women and women of color, who may not be able to afford to travel to another state to seek an abortion and are more likely to work in jobs that do not provide paid leave—a double whammy. Not only do they need to pay for travel and the procedure itself, which is not covered by most insurance, they need to forego their salaries to do that.

If this burden is too great and woman are forced to carry a pregnancy to term, there is much data showing that unplanned pregnancies seriously economically harm women. For example, the Turnaway Study shows that women forced to carry pregnancies suffer severe health and economic consequences. Yet, Justice John Roberts “put such data aside” and ignored this in Dobbs v. Jackson oral arguments.

Additionally, since most women who seek abortion care are already mothers, women need to arrange for reliable childcare—an additional burden. Yet, Justice Amy Coney Barrett, the only mother on the Court, suggested carrying a pregnancy to term is really not a burden because of the availability of safe haven laws that allow a woman to give up her baby with no penalties. Given the realities of pregnancy in this country, Coney Barrett’s view is privileged and downright dangerous. Black women are more likely to die from pregnancy than other women, regardless of socioeconomic status, due to structural discrimination—meaning forced pregnancy is likely to have the most negative consequences for Black women. 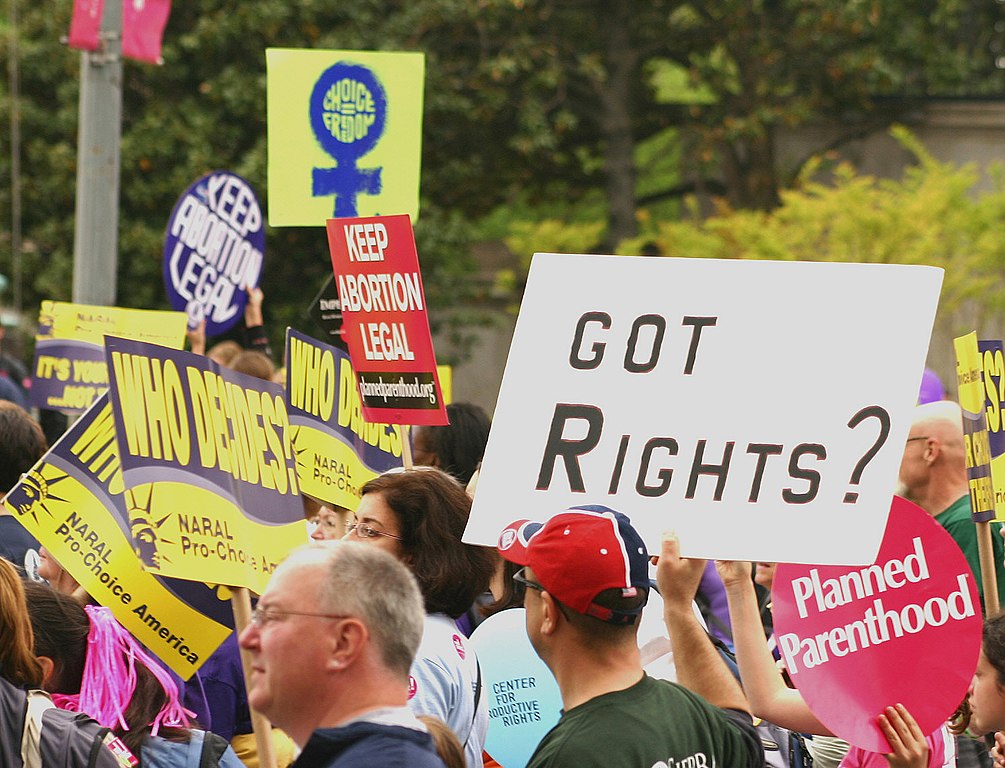 Is there any reason to think the Court’s disrespect of precedent (and women’s health) will stop at abortion care? No. Other health care that women depend upon, like contraception and infertility treatments, are potentially threatened.

Additionally, regulations related to abortion may impact those suffering miscarriages. Some state legislators may try to enact “personhood” protections, banning the destruction of embryos even in a Petri dish, as used for in vitro fertilization (IVF). Others may ban access to certain types of birth control that legislators incorrectly claim are abortion drugs, not contraceptive drugs.

In recent oral arguments, Mississippi’s attorney general defended the state’s 15-week abortion ban by noting access to abortion was not part of United States history and tradition when the Constitution’s 14th Amendment was written. If that logic is rewarded by the Court, the same can be said about contraception, which was illegal at that time too, and IVF, which was not yet invented.

The recent signals by the Supreme Court that it will end abortion care protections are extremely worrisome. As it is, the U.S. does not have universal healthcare. Abortion care (where it is available), contraception and assisted reproductive technologies can only be accessed by those who can afford them, either via insurance coverage or their own pocketbooks. People of color are less likely to have access to such care as it is—even without the Supreme Court further restricting such care.

Forced pregnancy harms Black women most of all, and too often, abortion discussion ignores that this is inherently a healthcare access and equity issue—both for the women unable to access abortion care and the children they may already have.

This is not just about interfering with a pregnant person’s right to liberty and privacy. The Supreme Court is engaging in a colorblind constitutional analysis that ignores the disparate impact of their rulings on abortion on the health and well-being of people of color.

If you found this article helpful, please consider supporting our independent reporting and truth-telling for as little as $5 per month.