Long Island Medium Theresa Caputo’s daughter Victoria shut down a body-shaming troll. As fans already know, she is pregnant with her first child. Unfortunately, pregnant women are not safe from body shamers. She recently took to Instagram to share what a “pregnant woman” really looks like and feels like.

Victoria has shared her pregnancy journey on social media. That comes with unwanted attention from online trolls. Before she became pregnant, she dealt with her weight struggles. Victoria was already a victim of body shamers on social media. Yet, she made it clear that she has no time for their energy.

The 26-year-old posted a beautiful new selfie on Instagram. Victoria pouted for the camera as she wore a brown turtleneck sweater. She also had on a necklace with the letter “M” for her husband Michael Mastrandrea. The TLC star wore her brown hair in a half-up, half-down hairstyle. In her Instagram post, Victoria shared how she’s really feeling lately.

Victoria shared her selfie of a “pregnant woman.” She revealed the “symptoms” that she’s suffered from during her pregnancy at 33 weeks, which include “constantly sweating, acid reflux, and fatigue.” Shortly after sharing the selfie, Victoria took to her Instagram Stories to share a comment she received from an online troll.

[Credit: Theresa Caputo/Instagram]“I have to be honest. You gained way too much weight,” the anonymous user wrote.

“I have to be honest. You should mind your own business,” Victoria responded with the smiley face emoji.

She captioned the post: “Aww thanks for telling me something that I didn’t know Kristin! So sweet” with the heart-eyed and pink heart emojis. Then she revealed that the user blocked her when it should’ve been the other way around. Victoria made it clear that she doesn’t have time for her haters. 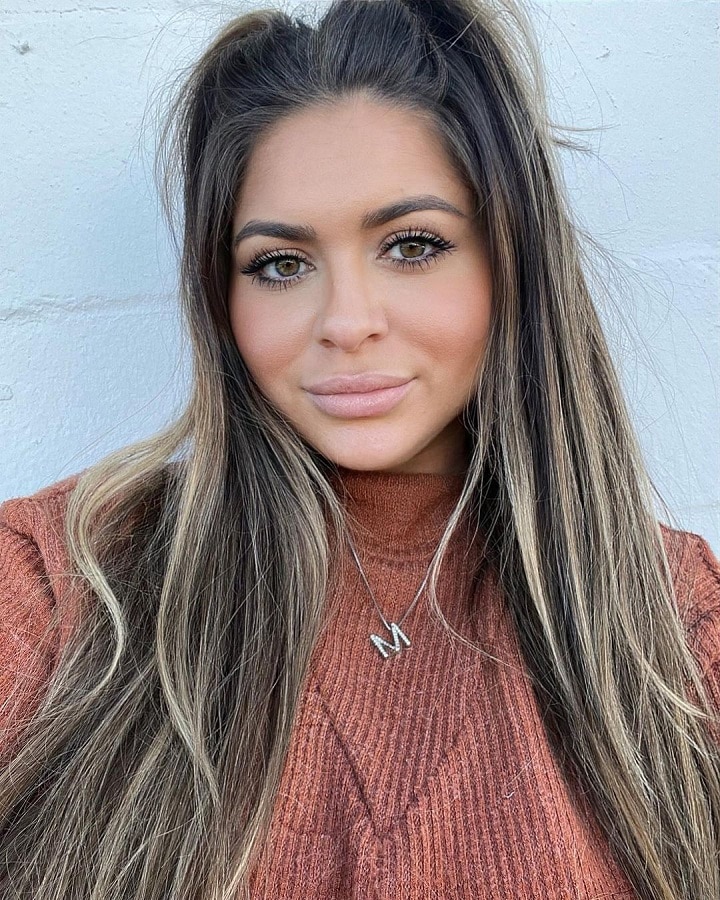 In August 2020, Theresa Caputo’s daughter unveiled her major weight loss transformation. Long before she became a mama, she revealed that she lost weight as she prepared for her upcoming wedding. At the time, she shared a photo of herself sitting on her bathroom floor and holding up her phone, which featured the FitTrack app and a scale.

“Quarantine got me a head start on my fitness and health goals! This scale has kept me on track with what is going on inside my body instead of focusing on just one number!” Victoria wrote. “I never thought all of the 17 indicators would help me to improve my health and knowledge about my body!” 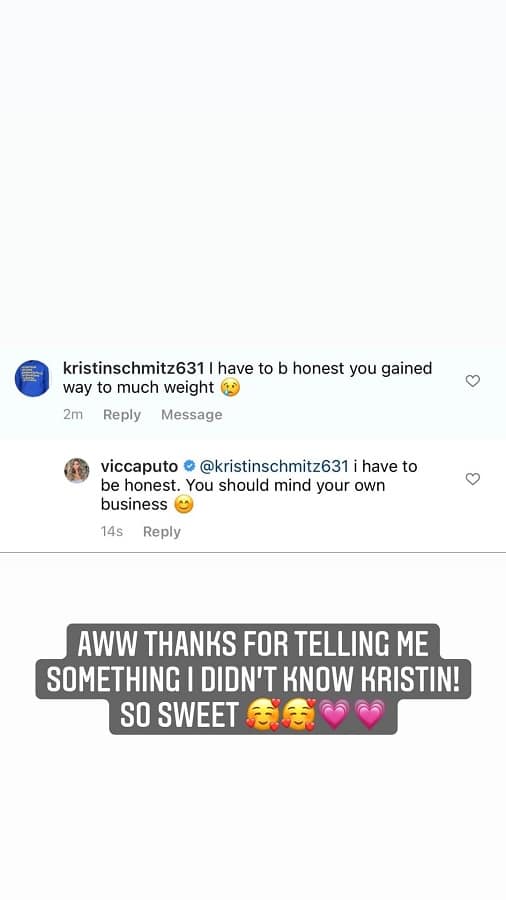 [Credit: Victoria Caputo/Instagram Stories]She credited the mobile app for “helping me stay accountable and aware of my health and fitness goals!” Victoria has been open about her struggles on both social media and the TLC show. What are your thoughts on online trolls body-shaming Victoria? Sound off below in the comment section.

Check back with TV Shows Ace for more news on Theresa Caputo and her family.

Chanel Adams is addicted to reality TV. She’s been writing about entertainment and pop culture since 2006-07. She’s glad she never became famous because she would never want to be in the tabloids.