‘I started this journey to have a piece of Chris’ (Picture: Mercury Press)

Lauren McGregor is about to have a baby with her late husband, despite the fact he passed away in July 2020.

Chris’ symptoms and treatment spanned seven years, including periods he was in remission, but ultimately he tragically passed away in the summer of 2020.

Lauren, who runs a party-planning business in Liverpool, became pregnant with his baby in September the following year.

She says: ‘Looking back, I do kind of regret us not trying for a baby while he was still alive.

‘With his health, it just always took a back seat, it felt like there was always something stopping us.

‘But people always say there’s never a good time to have a baby.

‘I started this journey to have a piece of Chris, I don’t want pity or anything, just raise awareness to say it can be done.’ 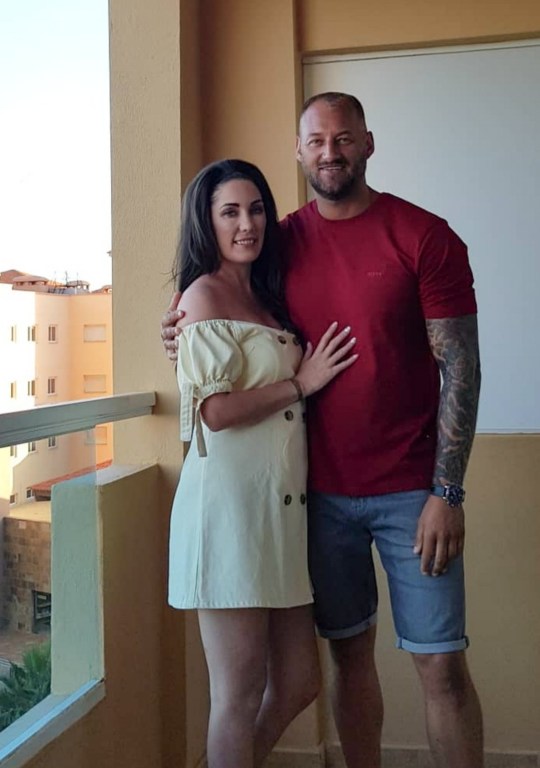 ‘I’m really looking forward to being a mum, although I am sad that the baby will never meet Chris’ (Picture: Mercury Press)

Lauren, whose due date is in May, says she’s ready to be a single mum.

She adds: ‘I’m really looking forward to being a mum, although I am sad that the baby will never meet Chris.

‘All of our friends knew that we wanted children together, so aren’t necessarily shocked but just surprised by the situation.

‘Everyone has been wonderful, they’re so supportive.

‘At first, I kept it quite close to my chest, I only let a few of our close friends and my family know.’

Lauren has four more frozen embryos that she could use to try for future children.

She says: ‘I do think once this one gets to three or four that this is something I’d consider doing again.

‘It’s funny, I suffered really badly with nausea and sickness with this pregnancy, and I said to a friend to never let me do this again.

‘But once that passed, you get excited for everything to come, like any mum does.’

Lauren and Chris first got together just nine months before he fell ill.

She recalls: ‘Chris and I had known each other since we were children – our mums were really good friends.

‘We reconnected in 2012 and started dating in April 2013, so it wasn’t very long before his first symptoms started.

‘After he died, I had to wait nine months before I could start the IVF process as a sort of grieving period, and to make sure I knew what I was entering into.

‘Having a baby was something we spoke about for years while we were together, and said we wanted to do.’ 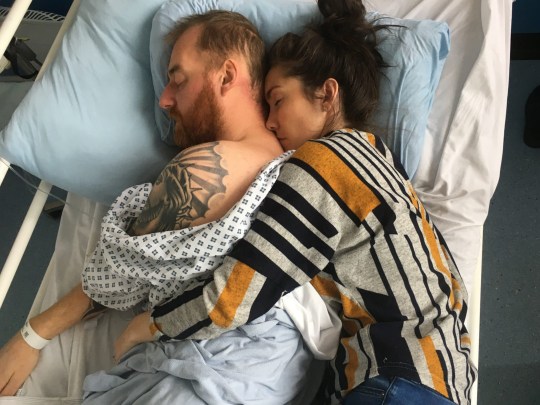 Lauren said: ‘Obviously we didn’t know they were symptoms at the time, but they started in October 2013.

‘He was feeling poorly, he’d go to the doctors because he had a head cold, and he was getting hot flushes if he stood up a bit too fast.

‘Then in December 2013, we were on the phone and lost signal, and we had agreed before if we ever lost signal he would call me, so we weren’t both ringing each other at the same time.

‘We lost the signal, and he didn’t call me for an hour, but when he did, he said it took so long because he couldn’t remember my name to ring me back.’

The couple scheduled an appointment at the GP straight away, who recommended they go to A&E.

Lauren said: ‘They ruled out a stroke quite quickly and did some blood tests, and then a CT scan.

‘Once they confirmed there was something on his scan, he was admitted straight away, and he had brain surgery in March 2014. 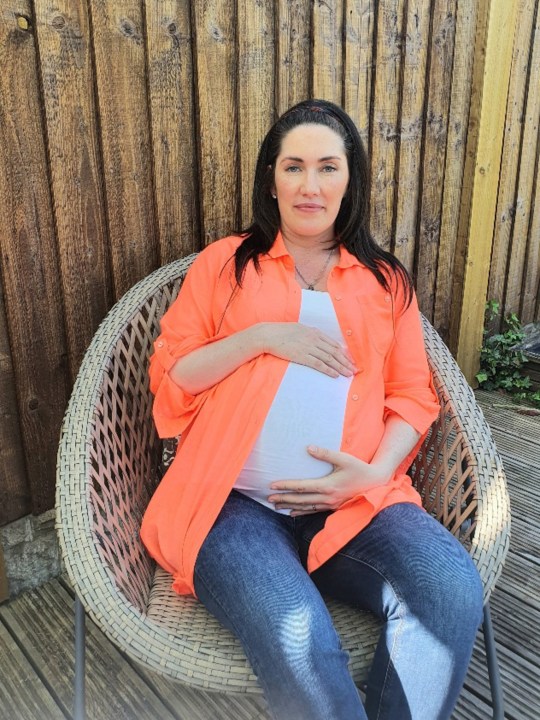 ‘I wanted to raise awareness about this as an option’ (Picture: Mercury Press)

‘They managed to remove 95% of the tumour and, a year later, he had pretty much fully recovered.’

Lauren said: ‘His symptoms came back at the end of 2016, but it wasn’t big enough for surgery, so he did chemotherapy and radiotherapy.

‘Then in November 2019 he started describing the same symptoms again, and we found out he had a second tumour in the other side of his brain.

‘He started chemotherapy in January 2020, and after three months the second one had disappeared and the first was contained.

‘The doctor recommended stopping chemo because, with COVID, she didn’t want his immune system compromised.

‘That May, the symptoms were back, and another scan showed the tumour had grown beyond belief, and he passed away in July.’

She said: ‘I started sharing my journey because I wanted to raise awareness about this as an option.

‘Even the fact that it can be done this way – not everyone knows it’s an option, and there’s a lot of paperwork to be filled out.

‘If you go to a fertility centre, and you’re going through any cancer treatment, it’s part of the process to have a form to sign consent over to your partner in case anything happens to you.

‘That doesn’t happen if you’re not already ill, so if you’re doing this, and lose your partner unexpectedly, you might not be able to use the sperm or eggs that your partner banks.

‘You never know what’s around the corner, so I do think they should change the process and make that standard for everyone.’

Get in touch by emailing MetroLifestyleTeam@Metro.co.uk


MORE : Widow finds husband’s wedding ring in garden 35 years after he lost it


MORE : Dame Deborah James ’embracing the rain’ in case it’s the last time she feels it amid end of life care